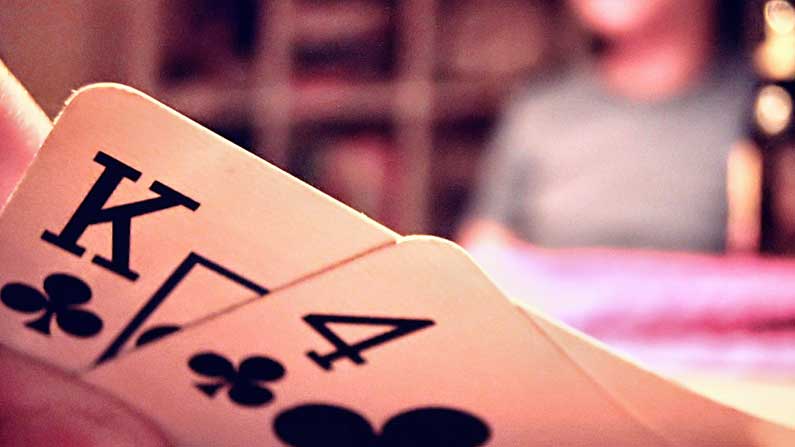 For over half a century, playing poker in Las Vegas was a treat and a bargain.  Since the casinos did not make much of their astronomical take from the poker tables, few casinos had poker rooms, but those that did feature customarily long waiting lists of those eager to get into the action.

The main game was 7-card stud, a worthy enterprise of luck and plenty of skill, of which the American Old West

gambling men would have heartily approved, and which they themselves sometimes indulged in to vary their usual staples of 5-card draw and 5-card stud.  These were real man’s games, complete with hard-drinking and handy firearms—but the games themselves contained subtle elements of skills and psychology to rival chess.

In the Vegas poker rooms the ante in the stud games was modest, and if one were wise and circumspect, playing only promising hands, a 40-dollar buy-in, for example, could be good for a lengthy session.  Further, one played only against the other customers; the casino dealer served merely as a house service and took but a small commission out of each pot, 10% at the most.

These poker rooms were virtual house services to card players, the casinos reaping their formidable financial rewards elsewhere.  The typical card room featured almost all the tables playing 7-card stud, with an occasional game of high-low split, Omaha, or Texas Hold-em, wilder games in which there was more “action” but far less skill involved.  Oftentimes, there was so little interest in the latter games that the entire playing area consisted of stud tables.

But a little less than a decade ago, things changed—and dramatically for the worse.  And “dramatically” is the keyword.  At the same time that TV shows on various sports cable networks in the United States began featuring high stakes Texas Hold-em tournaments, complete with live and animated audiences and players obviously playing to the cameras and the crowd as much as against the other players, the poker game offerings in Las Vegas began to change.  Progressively, it was more and more difficult to find a stud game, with the proliferation of Hold-em games taking over the casino poker rooms.

Mere coincidence?  I think not.  In fact, there is no way.  Poker players are not naïve and gullible, and I am a poker player.

The vested interest the casinos had in switching from “mere” stud games to Texas Hold-em is obvious.  For one thing, more players are now jammed into every table (the traditional limit of 8 is now often more like 10), and much more money is taken by the house from each pot, the stakes being higher and the typical playing styles far looser.  Instead of the card rooms in Vegas serving as virtual services to the players, they are now solid money-makers for the casinos, on a rough par with many of the table games like craps and even roulette.

So what’s the beef?  Poker is poker, right?  There are just variations and gambling is gambling, right?  No.  Most assuredly not.  Poker is not just poker.  Some versions of the game require more skill, more exercise of psychology, and more savvy.  And Texas Hold-em is not one of them.  It is essentially wildness and bluff for very much its own sake.  It is excessive make-up trying to pretty up a plain face.

The current demise of tried and true old-style poker in Las Vegas—and in virtually every casino in Southern California—is a woeful extension of all the enthusiastic interest in pure sensationalism that we have seen, for example, in a plethora of popular mindless reality TV shows, local news shows living and dying by wildfires and police car chases, and the like.

The poker now ascendant is not the poker played in the 19th century in Tombstone and Dodge City, and Wild Bill Hickok and Doc Holliday would have had nothing to do with it.  Neither will I.  Deal me out, Sundance

Bust In The Garden