Of Course it is Brick, This is Germany

It is true that the Germans do use some plaster, and wood and other building materials for roads and construction of churches, schools and homes but coming from the USA it is not an exaggeration to call them ‘the brick nation’.

This is coming from an American who has lived in England, but Germany is the furthest East this one has ever been: the Brandenburg Gate in fact, but not normally.  I have not been that far East more than once or twice back in the tail end of the 20th century.

Last year I had the privilege of ghostwriting a novel for a man.  He talked to me a bit about sending me to Singapore and to his home town in Nigeria to do research.  I had not even planned on coming to Germany growing up and instead of bursting with enthusiasm I was a little skiddish.  Soon thereafter I did a bit more research online about Singapore for the man’s novel only to learn about people being used as ‘drug mules’ to smuggle into Singapore for Nigerians.  Not only that, but the novel the man had me ghostwriting was about crime. 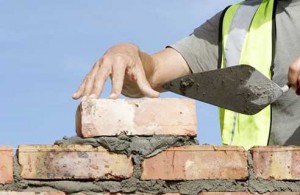 The combination left me suffering from a certain amount of Paranoic Author Syndrome and I didn’t feel that I knew coming or going.  I do not like the idea of being used as a ‘drug mule’ with or without my own awareness…I also do not like suspecting a reliable and trustworthy business man who is helping my writing career of being a crook doing nothing but stroking my ego to set me up for a fall….to use me as a drug mule….To make matters even worse than that, the year ended with a cyber crook hiring me and then adding some strange extra errand involving moving a few thousand for him.

As I have done business with businesses and individuals who have money it seemed clear to me that it could be either straight or crooked.  The work we did for him was real and unfortunately…like the lies from a mostly honest person, …it made it easier to fall for the scam…and I ended up getting robbed instead of paid well as I had originally thought.

Well, if that didn’t add to the sense of confusion…and paranoia…or fear.  Remember, it is only paranoia when they are not out to get you or when one is suspicious of innocent people…However, when they are out to get one, then it is raw grade fear, and not paranoia at all.

What does that have to do with brick Germany?  Only that the events took place while leading a very peaceful little life in the second year of living in Germany.

Facts of Life: Politics and Legislation