On Turning 50: No More White Underwear!

The very day I turned 50, changes began to happen to me. I decided to put myself in charge of my life, and so I did. My first decision was to divorce my husband. That was slow going. The money I took out of my IRA

somehow got spent on a Mac laptop with full accessories.

I might have enhanced my ability to get paid more often for my writing but it still wouldn’t get me back the $1500 the lawyer wanted for the retainer fee. Time to take another route: an attorney who had an office nearer to me and one who would take payments. Bingo! 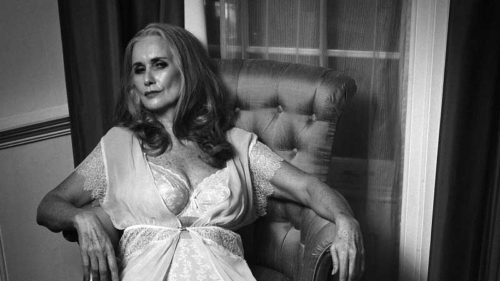 Now I was headed somewhere. Time to tell husband. Husband says ‘it would be cheaper to get a dissolution.’ Okaaaaay…

At my ‘yearly’ with my gyno, (right after turning 50) part of the payment includes ‘consultation’ or as I like to call it, ‘confession.’ I informed my doctor with my best Emancipation Proclamation tone of voice that I was bored and wanted to have an affair.

He dropped his pencil and clipboard and blushed. I said, ‘Not with you…Uh, sorry?’
He blushed again. Doctors are supposed to have absolutely no feelings whatsoever, so I blushed. Blushing is not what you are supposed to do in your gynecologist’s presence! But I meant all three statements.

So if I was going to have an affair I’d better get more acquainted with tricky ways to make my ‘slightly’ overweight, but still shapely body more attractive. So I threw out the horror of white cotton underwear.

When once they had been my security and comfort, these utilitarian undies now robbed me of all of my sexuality.

I went to “Vicky’s Secret Drawers” and spent a small fortune on glorious unmentionables. If it was bright I bought it. If a bra advertised any kind of ‘enhancement!’ I bought several of those too. And I’ll tell you why.

In my teens, twenties, thirties, and lower 48s I was hot! It wouldn’t matter if I wore camel fur underwear; they’d be off in no time since I wanted to expose my still-in-shape stomach. Now is a different story.

With luscious underwear, a man will get a glimpse of an exciting and colorful poesy before the poochies are exposed. And ‘enhancing’ bras perk up those saggy parts that someday will look like shar-pei puppies.

It is clear I needed more exercise, so belly dancing seemed logical. It was a hoot–for everyone but me. All I could think of
when I saw myself in the mirror dancing were Fantasia’s hippos. I thought of fencing. Now there’s a fancy sport! I couldn’t handle fencing though.

But that won’t stop me from trying later, unless I break something before doing something else, like regular, normal exercise. Exercise makes me sick. No, really. I get nauseated doing sit-ups. I will work on this later. Really.

, I did learn that keeping my feet nice is worth every pedicured cent. My heels were smooth and my toes even and red hot. It made me feel sexy, even as the floppiness of my dancing style did not. But I enjoyed every moment of my belly dance experience and was sorry when it ended.

I ramped up my writing assignments by begging my editor to send me here or there for a story and these became social events. I wanted to talk to busy, interesting, and successful people. So I put myself in their way.

I could use these experiences to learn something. I was waiting, hoping to have an exciting person become my friend.

Yet it was still a surprise when I met Ralph at a Civil War Reenactor event. He was participating as a private wearing a full period uniform and a scruffy beard. Cute. But it was his chattiness that kept me near.

I learned a lot from him and it was fun to watch all the participants who-waahing and shooting their muskets. Pvt. Ralph was ‘on’ all day and allowed me to drag him around posing as a mourning soldier at veteran’s graves. I hung out in his tent the rest of the day writing about the Memorial Day events.

When his parents showed up around noon Ralph’s father remarked, “I knew it! Already he’s got a girl in his tent!”

It was then I learned that he had been recently dumped himself. It was also then that I uncontrollably fell hard, way over my head into deep, deep water for a 32-year-old. And he jumped in right after me, knowing I was older, not yet knowing my true age at all.

I have stories in my head begging to be set on paper. I am writing a book, although my deceased grandmother appeared to a friend who gets these kinds or messages and told me to begin with writing short stories and poetry. Guess what? I BELIEVE! So grandma and to all who read my stories, here's to you I hope you enjoy. I also take photographs and that has taken much of my time. I'm obsessed! Oh yes, I am slow about posting--a little encouragement goes a long way. Even if grandma did just kick me over the goalpost of life. Do what you think you're good at and the money may follow--perhaps. In earnest now, I'll test that theory. I write feature articles, fiction, poetry, and I edit articles. I am terrified of commas. I own Life Changers Freelance. I love and hate to write. Those who write know what I'm talking about. I love to see others' writings. If I can be of help for feedback, proofreading, light editing or suggestions, contact me through my email. I love feedback from you, as well! Keep up with me on FaceBook: "Kathy Ann Barney." Happy writing! I just invented a new blog called "Life's Like That." I'll post from time to time what's on my mind; I mean, isn't that what blogs are for? And by the way, I was with Angie from the very beginning of this incredible on-line opportunity magazine. Use it! Share it!

Ras Dumas – Prologue to Veil of the Dragon