Due to the failing health of Pope Benedict XVI, the Holy Sea is actively recruiting a Ghost Tweeter for the papal twitter account. 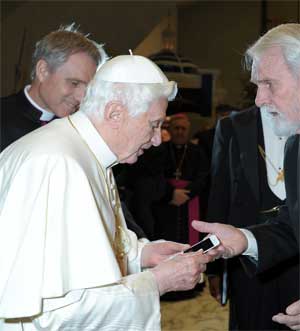 Candidates must have no opinion on American’s Foreign Policy, the coming economic collapse, or views that would conflict with the Catholic Doctrine. If you share an active interest in conspiracy theories, you will not be considered at all for hire.

You must reflect the Church’s opinion on abortion, contraceptives, starvation in Africa, Global warming, melting of the ice caps, women in the priesthood, and ignore the blatant corruption coming from the cases and the allegations of child sexual abuse by priests. If, however, you are openly gay, you face the prospect of promotion. Remember John Paul II?

If you wish to communicate directly with Pope Benedict XVI go to http://twitter.com/@Pontifex

Why Did This Happen?

Ronald Chavez Jun 10, 2012 0
Every once in a while a novel comes along and grabs you with truths and ways that if followed can lead you to a way…
Featured