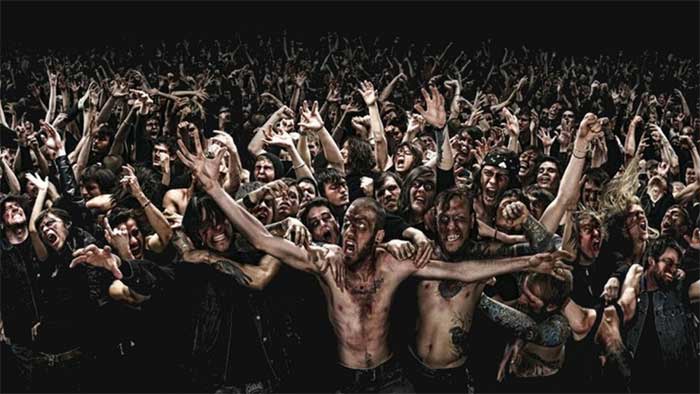 To put me in the right mindset for starting my zombie novel, Sleep Escapes Us, for NaNoWriMo, I decided to post my own personal field guide to zombies. I intend to cover a full range of shamblers and runners, from your basic magical Voodoo zombie to the more popular viral infection zombie.

At the moment I have them classified into four groups: biological, environmental, magical, and technological, with sub-groups for each category. I’m going to start by discussing one of the more current and obscure types, the technological zombies, and go from there.

Zombies come in a variety of shapes and sizes and are not always necessarily of human origin. I just saw Black Sheep this week and the zombies in my novelette, Shear Terror, are of the ovine kind as well. Zombie dogs are not that uncommon in films and stories either.

Some zombies are the result of a worldwide zombie apocalypse, a la Dawn of the Dead, or sometimes the zombification is a more isolated incidence, contained to an island, a prison or even an office building. While they are usually categorized as undead, certain zombies have never actually died but are merely victims of mind control from one of the varying sources, mindless thralls who no longer behave in any way that we would define as humans.

As long as they travel in mobs, show no emotion, demonstrate basal responses such as aggression and hunger, and ignore the damage that would floor a normal human, we can usually qualify them as zombies.

The Oxford dictionary definition of zombie: A soulless body. In the Voodoo cult of Haiti, a zombi is the slave of a magician. The soul may have been removed by magic from a living person, or the body of someone recently deceased may have been brought up out of the grave after the soul had been separated from it by regular rites of death. As the lord of the dead, Ghede has the power to animate corpses as zombies.

Note that it says a soulless body, but not necessarily dead/undead.

From what popular culture has done with the entire concept of zombie, that definition has been expanded upon in a variety of directions, thanks to the creative genius of Romero and his peers. We now have a wide range of these particular creatures of horror. In truth, the fearsome aspect of zombies is not so much where they come from, but how they behave and the likelihood that we might become one too.

Monsters are generally associated with fears of things that could impact our lives in a significant way. It’s a combined loss of control, loss of humanity.

Computer-based zombies:
Look up “technology” and “zombies” and you’ll find a slew of sites talking about how technology is turning our youths into zombies through use of computers and associated tech devices. But what if it really did? One of the most recent developments in the zombie genre is computer-based zombies. The source of zombie-ism, the root cause of whatever incident or apocalypse, is technology.

One example of this type of zombie can be found in my recent digital short story release from Trestle Press, Technopathy. The techno-zombies, in this case, are the results of malfunctioning nanobots that are tied to a particular form of technology that people are voluntarily having installed directly into their heads.

There is an element of irony in that the victims are mostly those who blindly follow trends, so they didn’t have much of a mind of their own to begin with. Those who escape the effects of Technopathy are the very poor, such as vagrants, social outcasts, and technophobes.

This is a recent form of zombie, and I predict it will become more common. The zombie genre tends to reflect popular fears.

Zombies in space are not a new concept. The idea was being contemplated as far back as 1968, when the space race was a big new idea, with The Astro-Zombies starring John Carradine. They were proposing a zombie-based space program, and if that’s not weird enough, the zombies were fuelled by solar panels installed in their heads (???!)

Another tech-zombie concept that arose from a paranoia surrounding nuclear plants and weapons, I consider radiation-spawned zombies a hybrid of environment and technology, so I’ll be covering them in more detail in my environmental section next week.

It Begs The Question…