What on earth would Art Deco

, Elisa Schiaparelli, Jean Patou, bob haircuts, the end of World War I, and the expression of women liberated all have in common?

More then you may ever realize. The year was 1920, World War I 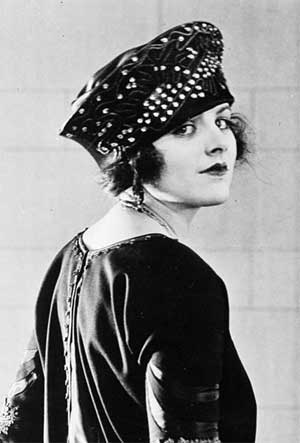 Artists painted with the element of surprise, unexpected juxtapositions, and non-sequitur. Times were changing, the people were changing, and in doing so the outward expression of their souls did as well.

Drawing from their surroundings, fashion became a moving tapestry of the world. Women started wearing trousers, cut their hair short into bobs, went for boyish figures, and freedom of movement. Low hip lines, shapeless silhouettes, bound breasts flat as a board and disappearing hem-line allowed for invigorating movement in the Charleston. This marked the beginning of what would one day be called the ‘Roaring Twenties’.

Coco Chanel of France, considered one of the top 100 most influential people of the 20th Century, made an agreement in 1924 with Pierre and Paul Wertheimer, directors of perfume house Bourgeois circa 1917, to create the corporate entity “Parfums Chanel.” Women of the world wore her classic Channel No 5

as they danced the night away.

She was the first to reject the past and step into a new future. She also invented the creation of dresses and sweaters from jersey material that were light, airy, comfortable, and flexible. A woman could breathe, much to the affront of the Dame Fashion mothers, and if she was less endowed with chestly attributes, well, that was even better! She could go without the bra, or, if she so chose, wear the newer cotton bras that had little bounding, and even smaller covering. Fellow French designer Jean Patou created the designer tie. He used women’s dress material for the ties.

One can still see his influences with Louis Feraud, Timothy Everest, Duchamp, and Paul Smith. By the end of the 20s Elisa Schiaparelli

, an Italian designer and Coco’s rival introduced the double-layered stitch, created by Armenian refugees. She represented the younger generation. One of her great influences was Roman and Greek fashion. The dress for evening wear, formless, and rich in style, greatly resembled the Greek Chiton.  Schiap, as Elisa was known to her friends, later stated the Greeks “gave to their goddesses … the serenity of perfection and the fabulous appearance of freedom.”For the 20s freedom was the keyword.

Following the lead of such prominent designers, women began shunning the previous Matrons of fashion in their society. So much of what still affects today’s fashion. Loose tear drop dresses, cigarette hanging from the lips, make up on to perfection, a collared shirt, and short sassy haircuts are simply homage to ninety years passed. Perhaps the greatest aspect of fashion is that it repeats with such great intensity.

Styles reemerge like clockwork with adjustments to the time change and trends. The 20s, for the world, was not only the shucking off of the previous millennium fashion but also the freeing of the spirit. Even men found themselves affected. Sports coats were seen for the first time. Many of the cuts of men’s fashion in suits today still pull heavily from the changes of that time. In essence, the 20s so greatly changed the world and we are not just yet ready to let go of that change.

In all honesty, however, why should we?

LeTeisha is the published author of several erotica, romance, fantasy, and paranormal novels and novellas. You can find her on Amazon.com, B&N.com, Goodreads, Twitter (@LeTeishaNewton), Smashwords.com, and her website www.leteishanewton.com or on LeTeisha Newton YouTube

Gerry Huntman Dec 30, 2013 7
Writing Epic Fantasy As an editor and publisher, I have posted a few articles on common mistakes in writing -…
Society