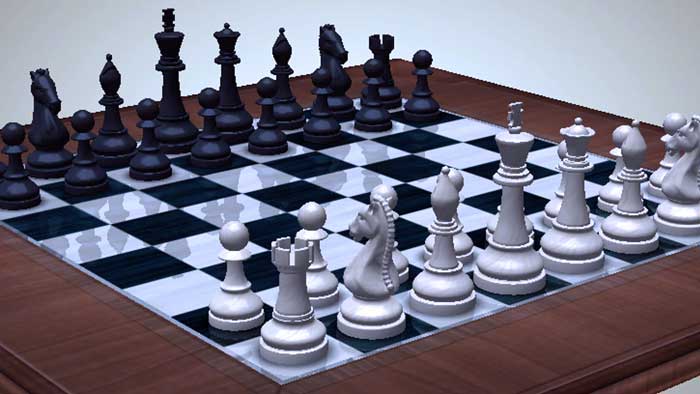 Tang’s Donuts was not an unusual name for a small coffee and donut shop on the rather seedy eastern edge of Hollywood, but the most common activity that transpired there, night after night, until the wee-est hours, certainly was.

It was speed chess, played with a special chess game timer—played only in that way—and played for stakes.

I had heard of the place for years but ventured down only when I was confident that my skills at the Royal Game were ready. Five years of tournament testing and countless hours of casual blitz (speed chess) had paid off. I took my chess expertise and a pocket full of five-dollar bills with me one Friday night around 10:30.

It was called Tang’s, but about the only hint of the Orient turned out to be a Chinese calendar: the help was Hispanic, and the clientele the same, with possibly a sprinkling of Filipinos. I literally had to order by gesturing and pointing.

I quickly gravitated, as if by instinct, to the board of the strongest player. I watched, interested but patient. I slowly sipped my weak black coffee.

It was really no contest. The skilled player was giving time odds, but won game after game; he was simply too strong for his opponent. Money changed hands with regularity and rapidity. Three dollars a crack. But the strong player was not really that strong—the other was just hopelessly outclassed. I could show their big fish what a pitifully small pond he had been playing in.

The quarters were rather cramped, and the place became busier and more boisterous after maybe 45 minutes. As this board attracted the most general interest, I was jostled more than once, but maintained the Styrofoam cup like a seasoned pro.

Finally, of course, there was a little accident, and the cup tumbled. No big deal. Not on somebody’s board. Just on my pants and the floor. My unprofessional exclamations brought over another spectator.

I smiled sheepishly, and returned my glance to the board. Then I realized. He spoke English, heavy Hispanic accent aside.

“Thank you for saying that,” I said to him. He smiled in a friendly manner and motioned me to an empty table.

“Ahh! Wait.” He smiled warmly and scampered back to the table where we had met, and whispered something to the donut shop champ. Whispers went back and forth.

“He’ll play you soon,” he said upon his return. “Listen, he speaks no English, but that’s ok. You don’t mind. Chess is chess, and money is money, eh?” and we laughed together.

“Listen,” he said, almost conspiratorially, as he leaned in and whispered, “if you want to offer a draw, say ‘gana.’”

I must admit I was taken with my new friend. He was going over and above for a stranger in a strange land. I thanked him heartily and returned to my post.

My time soon came, and I sat down to play. I brimmed with confidence and held up all ten fingers as stakes offer. He smiled. Then he held up ten two times!

Now twenty dollars is a lot for a blitz game, but why should I show weakness? Truth to tell, I had only maybe $35.00 on me, so a loss would clean me out, at those stakes. No. I was the better player and I suavely accepted.

It was his table, so he took the white pieces, only a slight edge for him, and the game was on. Five minutes each.

The position remained balanced and time was ticking away. I hit upon the idea of offering a draw and starting the next game with both the white pieces and some increased composure. I wavered just a bit in my resolve. What if he did not accept? The time ticked as I considered.

Now it was best to do so. Surely he would accept in the dead even position, and I was too short on time now for further reflection.

“Gana,” I said firmly, more in the spirit of a declaration than request.

He laughed heartily and the crowd erupted, a couple of the men slapping him on the back in congratulation. He reached his right hand out, but not for a shake—for payment! I heard whistling and clapping around me. Nonplussed, I craned my head this way and that in search of my English-speaking advisor. He was nowhere in sight.

I did not understand, but I figured I had to pay and come to grips with it all later. I handed over some fives and made a hasty exit.

I got to my apartment and Googled a Spanish-English online translator.

Then I decided I better learn a little more Spanish.

Pat Bertram Oct 2, 2013 2
Where Do Books Originate? Last night I had an interesting epiphany. (Interesting to me, anyway.) I’ve written…
Featured