In the classic 1941 film The Wolf Man, the actual name of the moon-driven monster is Lawrence Talbot. It is grisly, though also a rather poignant tale, of a basically good man transformed into a bloodthirsty and ferocious creature by the full moon. 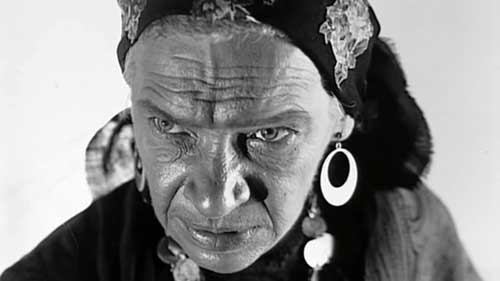 Maleva, the old gypsy woman played by the inimitable Maria Ouspenskaya, reminds us all:

Even a man who is pure in heart, and says his prayers by night,
May become a wolf when the wolfbane blooms, and the autumn moon is bright.

But, of course, we also know that truth can be as strange—or stranger—than fiction.

Born on July 14, 1937 (though there is some controversy on this generally agreed-upon birthdate for him), Claude Frizzel Bloodgood III was quite appropriately named but far too young to audition for the part of the unfortunate Talbot.

However, the menacing and resourceful Bloodgood did, one could say, more than even his best to compensate for the lost opportunity to play the role.

In the 1960s Bloodgood was convicted of a number of crimes ranging from burglary to forgery, and within two weeks of his release from a Delaware prison in 1969 he made good on his oft-voiced threat to murder his mother –whom he later mendaciously claimed was only his stepmother—by manual strangulation.

His death sentence was later commuted through a series of legal wrangles, and he was given life imprisonment to be served in a Virginia state penitentiary.

An active tournament chess player since the 1950s, and occasional chess organizer and at one-time rating statistician for the Virginia State Chess Federation, Bloodgood took to chess playing and organizing within the prison system.

He played literally thousands of rated games in scores of tournaments he organized among inmates, in many cases a large number of the participants being players he personally introduced to the game and for whom he arranged membership in the United States Chess Federation (USCF), a prerequisite for competing in rated American chess tournaments and matches.

Soon it became evident that something was terribly amiss in all this furious chess activity. Bloodgood, a fairly strong player in the ‘50s, but well below Master level, was winning every tournament he organized and participated in, and was doing so with perfect scores.

His recruited players, as well as all others, most rank beginners at the game, were ripped to shreds over the board by the rapacious and ambitious chess monster.

As the months, and then years, went by, Bloodgood’s rating steadily rose to eventual dizzying heights: it not only crossed the Master boundary but was approaching a level that only world-class International Masters and International Grandmasters achieve.

By the 1990s he was the highest-rated active player in the country and had attained a USCF rating second only to that of ex-World Champion Bobby Fischer at his rating peak in 1972.

Meanwhile, Claude Bloodgood had become the wonderment of many American tournament chess players: Who is this guy? What tournaments does he play in? No one we know has ever seen him. Etc.

Concomitantly, controversy and suspicion had been developing within the USCF and elsewhere regarding Bloodgood’s phenomenal rated chess record. Was he manipulating the rating reports he sent in? Was he intimidating and/or bribing players to lose to him? A perfect tournament record for years was just a little bit too difficult to swallow—even given his status as a capable player before the prison chess activity began.

The chess federation’s difficulties with this situation reached a head in the mid-90s when, by virtue of his towering rating, Bloodgood was technically qualified to be invited to the U.S. Closed Championship, in which only the 16 top-rated American players could compete (to say nothing of his similar entitlement to participate on the American team in the upcoming Chess Olympiad).

Meetings were held at the USCF and communication was frequent between officials of the chess federation and those of the prison system to ascertain if it even would be possible for Bloodgood to compete if he were to be invited to this prestigious and elite annual tournament.

Finally, the federation decided not to invite him—to a tournament he could not have secured the permission to play in any way—but to review and appropriately modify their rating system so that this type of regrettable state of affairs could not occur again. 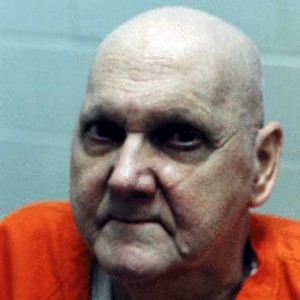 Around this time Bloodgood’s health was deteriorating and his chess activity decreased. He became fixated on attempting to secure his release from prison, often arranging and giving interviews in which he advanced a number of dubious claims aimed at convincing the judicial system to exonerate him.

For one, he now asserted that he was actually born some 13 years prior to what the records showed and that therefore he was eligible for a furlough based on old age; additionally, he now claimed to have been born to German nationals then residing in Mexico and demanded to be extradited to either Mexico or Germany.

Further, since he now claimed 1924 as his actual year of birth, he said that since he was thereby old enough at the time, he had acted as a secret Nazi spy during World War II, as well as having been surreptitiously married for a number of weeks to American operatic singer and actress Kathryn Grayson in a later period.

Bobby Fischer himself, in his latter years of questionable sanity, could hardly have made more preposterous and incredible assertions.

Claude Frizzel Bloodgood died on August 4, 2001, succumbing to lung cancer as he still pursued, as vigorously as he was at that point able, his outlandish attempts at release from prison. He died, as did Bobby Fischer some years later, in his 64th year of life. There are 64 squares on a chessboard…

An almanac may be consulted to determine if there was a full moon that August night.