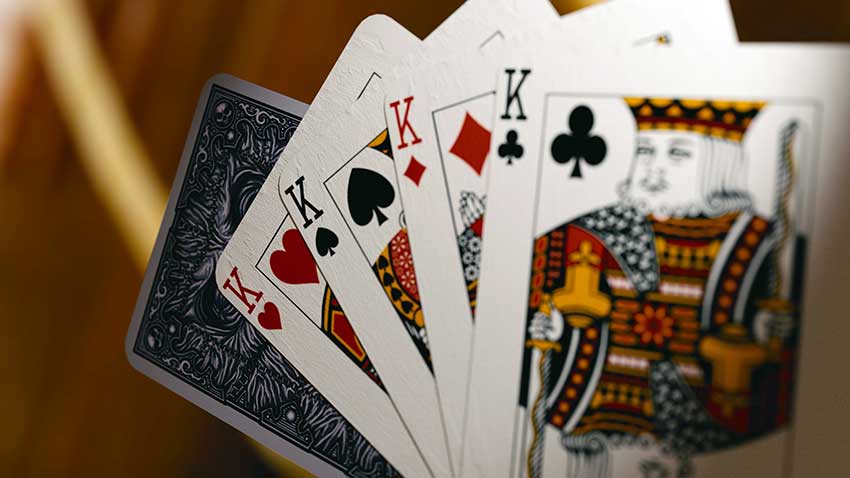 Parents are forever on the hunt for the best ways to help their kids develop. They look for the most nutritious foods, the most informative media, and the most productive activities.

After all, they understand just how important the developmental years are — neuroplasticity (essentially the adaptability of the brain) peaks in early childhood, so it’s a great time to pick up new skills.

And among the skills that children can pick up, it’s the cognitive skills that are typically the most useful in the long term, because they’re so flexible. Learn a sport, and you can enhance your hand-eye coordination, but learn to think more effectively, and it’ll affect almost everything.

So how can you help kids develop their cognitive skills? There are plenty of options out there (video games, for instance), but one that’s somewhat underrated is using card games. Why are card games so good for this particular task? Allow me to explain.

The beauty of the card game format is that it’s endlessly adaptable. There are countless fascinating card games already created and ready to play, but you can also come up with your own versions of particular card games, or create new games entirely.

This kind of freedom is great for children. They’re generally imaginative, so allowing them to use that imagination to create new rulesets is a great way to encourage them — and since they’ll need to make the rules logically consistent, it will help them learn how to plan as well.

They range in type and difficulty

If you want to give your kids something basic like Uno Junior to play, they can get engaged very easily, even if they’re very young. On the other end of the scale, you can start trying to teach them poker. What’s fascinating about that is that the odds of poker are both mathematical and personal, because of the element of bluffing.

Due to this, you can find a card game for every age group and every level of ability: sites like Online Casinos have fantastic resources covering everything from the odds of poker to the most esoteric games. Given how picky kids can be, this is a massive advantage.

Most (though not all) card games involve arithmetic of some kind. For instance, the value of a hand might be the sum of the values of the cards. When you have that style of game, then every passing round gets the players to become quicker at performing mental calculations.

And when you have card games that use different mechanics, they pose fresh and exciting challenges. What if values stack exponentially, or are set dynamically by the moves of the players? They can scale up to immense levels of complexity, all without straying from the fundamentally-accessible formula.

They can be competitive or cooperative

Children (well, people in general) enjoy competition. The exact type of competitiveness varies, but everyone feels a slight buzz at being stacked up against one of their peers. Card games can easily be competitive, and fiercely so: you can have drawn-out rounds with remarkable complexity, or stick with fast rounds with lower stakes.

That said, being too competitive is bad, so it’s crucial to teach control — and card games can help with that also. Instead of offering up competitive games, try suggesting some cooperative matches to get the kids working together. That way, everyone gets to benefit just as much.

Little of what we’ve been through so far would be meaningful if card games weren’t merely fun — thankfully, though, they are, even when there’s nothing on the line. Kids are very social, and card games are perfect for getting them to group up and spend some time interacting.

What’s more, card games are cheap and incredibly convenient, so you can give children packs of cards and let them take them wherever they go, always ready with a safe and productive activity regardless of the circumstances.

For all of these reasons and many more, card games are absolutely incredible for helping children think more effectively. Why not try starting your kids on some simple card games? If they master them, you can move them up to something more challenging. See how it goes!

Fitness For Your Mind And Body