When my interest in Motor-X or Scrambling as we Brits call it started. The big names on television races were the likes of Jeff Smith, Dave Bickers, Chris Horsefield, Arthur Browning, the Rickman brothers and the Lampkin family. Bikes were predominantly UK with BSA, Greeves and AJS at the head of the races. 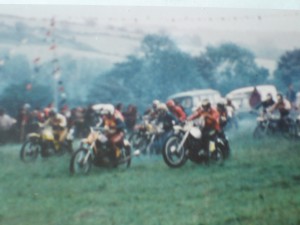 At this time there were no foreign bikes at all on our circuits. Bill Neilsen ( twice World 250cc champion) rode for AJS, Jeff Smith rode his 380cc BSA to two 500cc World championships, despite the more powerful engined 500 cc Maicos of the German riders. The reason for this was torque ( power to weight ratio), a smaller engine weighs less, so what it lack in power, it makes up for by carrying less weight. To give you an example. An 1100cc engine in a Mini will give more power than the same engine in a Cortina; hence most rally cars were Minis. 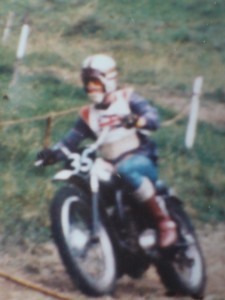 After a few years top riders like Bicker (who rode Cz), John Banks( BSA to Cz), Brian Goss (Greeves to Maico), Bryan Wade (Greeves to Husqvarna), Vic Allen ( Greeves to Maico) were riding foreign makes. It was stil clubman racers who could not afford the new machines that rode the British machines.

As the years went on and the Japanese Suzukis took over the races, Belgian Joel Robert became World 250cc champion six times, along with compatriot Sylvian Goebers as his team mate in second. In the 500cc class Roger De Coster, also Belgian held the crown for five years. Despite the constant challenge of the East German Maico and the Czech Cz machines. 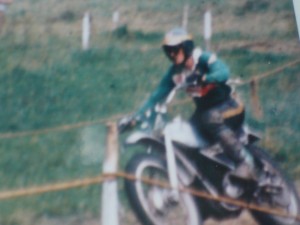 By this time, even clubman racers had got the Japanese machines, a few stalwart riders like Dick Clayton for Greeves and Vic Eastwood for AJS stayed true, but even they went to foreign makes as the British machines could not compete with mass produced Japanese bikes. Clayton went to the Swedish Husqvarna firm. After trying a few seasons for Maico, Vic Eastwood rode for Alan Clewes CCM firm, which was a rebuilt BSA bike.

Pat Bertram Oct 19, 2012 0
The Goal for Your Book What is your goal for your book? What do you want readers to take with them? I would…
Writing