From Mark Twain’s book titled, Following the Equator, he says, “We should be careful to get out of an experience only the wisdom that is in it and stop there.” I wonder if he is talking about love and its many eccentricities.

There is great wisdom in loving others. There is also great wisdom in getting dumped. I often look back at my past years, again and again, trying to find the one moment in time when I settled for loving rather than being loved. I finally came to the conclusion that those like me are chosen to devote our lives to doing the impossible. We know we have a choice, but we still dance to the melody of “If you can’t be with the one you love, and then love the one you’re with.” We should be given credit for the courage it takes to give more love than you receive. 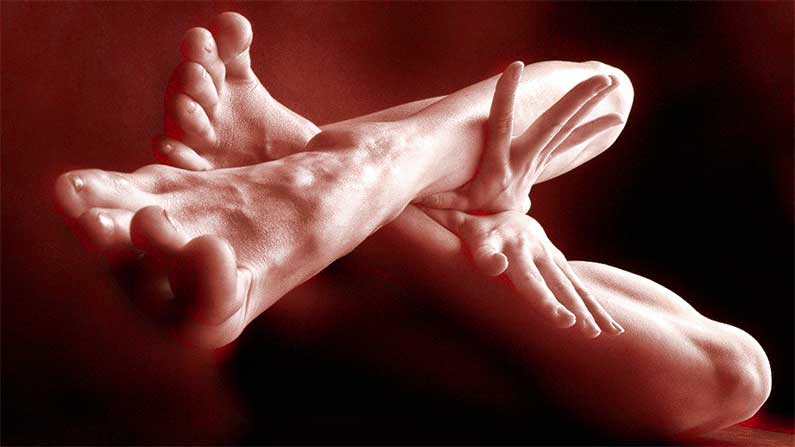 No one has the right to say what is and is not a valid love or romantic relationship. Only you can be the judge of that. Based on the value of your relationship, love has many forms and many faces and all are special. Everyone knows that more than fifty percent of all marriages fail maybe because we are gender confused. I have heard comedians say everybody has the right to be married whether same gender or not.  I can understand the biblical rejections to same gender unions.

But I have also read that homosexuality is found in over 450 species, but homophobia is found only in one. “To understand is to forgive, even ourselves,” says Alexander Chase. So, whether a couple is made up of two women, two men, or a man and a woman, or some other mention it shouldn’t matter to others.

Marriage is about love and forgiveness, not gender or sexual orientation. It is our diversity that makes the world a fascinating-go-around. Carrie Underwood, a popular songstress said, “As a married person myself, I don’t know what it’s like to be told I can’t marry somebody I love, and want to marry. I definitely think we should all have the right to love publicly the people that we want to love.”

Chances are if you have lost communication in the bedroom, you have probably lost touch in other aspects of your life. Even Freud originally defined libido as a lust for life not lust for sex. In a silvery blend of our hopes, dreams and fears are written in our DNA just like our sexuality.  Sexuality is a big part of who we are. You cannot learn to romance yourself by notes or memorizing techniques. It is about getting to know ourselves, paying attention to what feels good, and then following our intuitions wherever that may lead. There are many of us acting like cats, quick to coitus but slow to monogamy. When the moon shines and all the clubs are alive with music, body language will take you by the hand. Even cancer patients make their sexual experiences both more fulfilling and more pleasurable.  Good sex can open up many doors for you. Sometimes all we need is a gentle push to open up and share our feelings with others. In all cases, you have got to give yourself permission to be sexual. Nothing could be healthier when partners are truly and joyously connected in every way.

Being asexual is not the same as celibacy, nor does it equate to being uninterested in sexual relationships altogether.  Any form of celibacy for different periods of two weeks, a month or a year, allow us to explore ourselves outside the eyes of another.  All of us have to face the fact that we are living in such a sex-crazy society with all its up and downs. Discovery Fitness & Health tells us that, “People who have a good sex life feel better mentally and physically.” From a practical standpoint, there’s less time for quality sex and intimacy. I’m not going to write about HIV, the disease that has taken so many by surprise after sexual relations. That is a whole book in itself, and I’m trying to keep my subject light and airy. Aging, on the other hand, brings on a host of physical conditions that can affect what’s going on in our bedroom.

These include sexual dysfunction, cardiovascular conditions, arthritis and rheumatism, and a host of other problems. “Adults on average, have sex about 61 times per year, or slightly more than once a week,” according to the University of Chicago’s National Opinion Research Center.  Marital status and age are key influences in sexual satisfaction. It is true monogamy is constraining. Of course, Jerry Springer has showed us there is a lot of fighting over who-beds-who?

Many on his show illicit sex very indiscriminately. The problem being, once trust is broken; it can be forgiven but never forgotten. Maybe, faithfulness should be contracted and strictly enforced or even prosecuted. Stephany Alexander, relationship expert says, according to an adultery poll of over 5,000 women, where 52% or more said that adultery should be prosecuted in courts. In early 2007, an Arizona court prosecuted two married adulterers for the first time in over 30 years. Gloria Steinem, the well-known feminist says, “Power can be taken, but not given; the process of the taking is empowerment in itself. What defines us is the courage and confidence to take control quietly or loudly.”

Statistics tell us that most of us experience at least five long relationships in our lifetime.  But statistics also tell us that an astounding 40 percent of women in this country experience no or very low sexual desire. In some cases, low libido has clear medical causes, but in other cases, the decline or absence of sexual desire stems from a combination of emotional and physiological cases. If you have ever been victimized or traumatized sexually, it’s important that you receive the help you need. The American Association of Sexuality Educators, Counselors, and Therapists is a trusted source for finding a therapist or counselor in your area who will help you work through any kind of trauma or abuse.

I will admit my earthen body still yearns to be held again with or without the hot anticipation of his sex. I like to mentally turn back the clock and guide once familiar lovers to my secret places where I am cloaked in love not less noble than any other. I desire to be irresistibly desired to assure myself “I am woman.” It is true; I am wounded from underprivileged beginnings and unfulfilled dreams. Whatever your love status, it is true, “God gave us two ears to hear, two eyes to see and two hands to hold. But why do you suppose God give us only one heart? Could it be because he wants to humble us into perpetually searching for our own soulmate?

Brain sex causes thrills, chills and a lot of head confusion. Some women conjure up an image of a dream man touching and pleasuring them, but some of us need more touching to get us aroused, like a vibrator or massage in a particular way. Until recently, exactly what happens in the brain during sex was something of a mystery and our heads often didn’t let our bodies have fun. The scientists from Rutgers University, New Jersey, once used scans to monitor women’s brains during orgasm. They found that different brain parts are activated when various parts of her body are aroused. They found that up to 30 different parts of the brain are activated, including those responsible for emotion, touch, joy, satisfaction and memory. The scientists also found that two minutes before orgasm the brain’s reward centers become active like when we eat food or drink.

The final part of the brain to be activated is the hypothalamus, the ‘controlling’ part which regulates temperature, hunger, thirst and tiredness. “The love and emotional nourishment we try to find through food is the love every human being deserves to receive. Without self-love, you will search endlessly for love from somewhere outside, and when you are disappointed or rejected, food will become the obvious substitute.” says Deb Shapiro, Your Body Speaks Your Mind. Immediately before they reached the peak, other areas of the brain became affected such as the sensory cortex, which receives ‘touch’ messages from the body.

The part of sex that women enjoy the most is in the fact that when we make love, “we are one.” We all chase that ‘feeling good’ flowering emotion-in-motion by putting our hard-earned money into the four rituals of getting there; attraction, sexual stimulation and orgasm. Men are strongly attracted to women with large breasts, thinner waists and broad hips. A stand-out booty is all the rage now. Men would rather see us going than coming that is for sure; however, women would rather men coming than going. Many of us go overboard trying to be what others want us to be. So much can go wrong when envy turns to obsession and we feel pressured into being something we are not. We all got issues in our daily live that need fixing, and sex is only a big deal if you want it to be in a marriage or outside of! Again, there must be a meeting of the minds, yeah or nay. The rest is just groovy. His pleasure should be her pleasure, and her pleasure should be his pleasure. Whatever sexual personality we were dealt with, and there are many, we must learn to negotiate for mutual respect, joy and satisfaction. Here are some questions to help you and your partner become more sensually aware:

Are you an auditory person? Does a particular kind of music with words or without relax you and make your mind turn to things sexual?

The question “Are you a tactile person?” only means if you want to get aroused, you need to be caressed, kissed, or touched in a specific way. If you are an oral person, it takes a tender, moist kiss get you most excited. A nice glass of red wine, or a sweet taste of dark chocolate might work as forethought to love.