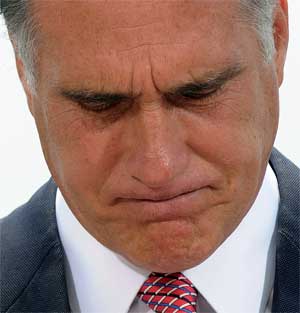 Investigating Romney’s Health only proved Health Care needs attention and he should not cut back on health care, but serve the people with better care, no matter their age.

Recently he stated he would cut back on the care for the elderly.  I was upset over our media reporting every nock and cranny of someone’s health but eventually, it helped me to tell you why Romney is wrong with his plan to cut health care.

Now onto the story – concerning the health of not Mrs. Romney but the Candidate, Mitt Romney, recently mentioned in an article by David Pittman, a Washington Correspondent for MedPage Today.

It was only a few weeks ago I wrote on Multiple Sclerosis and how Mrs. Romney was doing very well for a person with this diagnosis, and today I open the computer to find the news about Gov. Romney, telling the public he takes aspirin and a Statin.  (A statin is a common drug for millions of Americans diagnosed with High or Borderline Cholesterol problems, in Mitt Romney’s case the report noted hyperlipidemia.

Should something like this change the voter’s belief in a candidate?  Look at the last V.P. with GW Bush, now his frequent heart surgeries and health problems would make me think twice, but taking an aspirin, is something many doctors tell everyone to do after a certain age, to keep their blood flowing and perhaps prevent a stroke, for all of us.

A Cholesterol problem, no matter if it is the triglycerides or any of the three different levels checked, is controlled and regulated with a pill a day, which lowers the numbers and regulates the body.

Mitt Romney, or President Obama, are far from over-weight, no longer smoke, and anyone would know from watching them they must get plenty of exercise.  If I were to guess, one two things could place a person or people in such good shape on statins; one would be hereditary, and the second – these political figures have to eat out nearly every night – forgetting about the lunch hour.  When we eat out we are consuming sodium, restaurants load everything with sodium for taste.  We all understand how bad salt is for our bodies.

It was encouraging to read the next statement made by Randall Gaz., MD, “He has reserves of strength, energy, and stamina that provide him with the ability to meet unexpected demands,” wrote Randall Gaz, MD, an endocrine surgeon at Massachusetts General Hospital. There are no physical impairments that should interfere with his rigorous and demanding political career as the next president of the United States.”

What bothered me more is the fact medical records from years ago are included in this report concerning possibilities and insignificant matters.  This was part of the report, “Romney does have a minimally symptomatic benign (note benign – Nancy’s note) prostatic hypertrophy and sinus bradycardia.”  The end of statement, no, they continue with the fact that he is allergic to penicillin, well so am I but does it matter to those I work with everyday?

I would matter to his doctor and those who he travels with being the President of the United States of the Governor.  Why announce it to the people?  Perhaps it is a way of getting around the fact that our own records are open to the others, and no longer private as once medical records were and still should be, private.  The article continued with the fact that he had his appendix removed at 18.

We were told about his slow resting, regular heart rate which is most likely, according to the author, due to the fact he normally performed regular running.  Several doctors agreed there was nothing to be concerned with, regarding Mitt Romney and his health.

Harlan Krumholt MD, and professor at Yale took it upon himself to email MedPage Today and ABC News to state, “Sometimes a low heart rate may be a result of medications (beta-blockers and calcium channel blockers) that people are on for hypertension (but) he is not on the4se medications.”

The information about who takes these so called beta-blockers and calcium channel blockers are great for those suffering from hypertension, but why include this statement in the same article about someone who is like millions of others, taking a statin for elevated cholesterol?  Additional notes on this topic were included within this article.  One doctor suggested Romney should undergo a thyroid test to rule out hypothyroidism?  Why include this statement and from a doctor that is not one he sees regularly.

Gaz the author of the article, mentioned, “He appeared in good health and avoids smoking and alcohol.” He mentioned, “He eats a high fiber diet with abundant fruits and vegetables and minimizes intake of high-cholesterol foods and concentrated sweets.”

However, the article continued with the mild triglyceride elevation and the numbers – followed by a note by Dr. Krumholz, “noted is a risk factor for heart disease.”

Imagine all of us who might be taking a medication for elevated triglyceride (bad cholesterol) and told to stay away from carbs.  You see the statin may lower the triglyceride number, one is Lipitor – which I assume if mentioned he is taking – but those of you with the identical problems are taken off Lipitor, and given the generic, we have learned certain health care institutions will no longer pay the high cost of Lipitor.

The patient must use a less efficient medication because of greed, as I keep mentioning, in the pharmaceutical companies.

So after learning all of this about Governor Romney, I also learned that it is who you are and what you do that allows you the best health care, the best medication, and doctors would not allow someone in his shoes to take anything else.  I think it is time we all have the same opportunities.  I may not think the article was necessary but it served a point, once again knowing health care needs changing – and Romney himself stated it would only be cut where we need it the most.

Oh, just to even things out, President Obama was reported as being in excellent health, blood pressure normal and his cholesterol “ideal,”  Kuhlman’s statement.

Julian Gallo Feb 19, 2022 1
Trafficking In Make Believe A friend of mine once told me, referring to the creative act, “people have taken…
Writing