A new statement was released by Author Sarah Glynn. She quotes, “Individuals who work in creative fields are diagnosed and treated with a mental illness more frequently than the general public, showing an important link between writing and schizophrenia.”

The finding came from a team of experts at Karolinska Institutet in Sweden. Their extensive research on the Swedish registry is currently the most inclusive in its area. 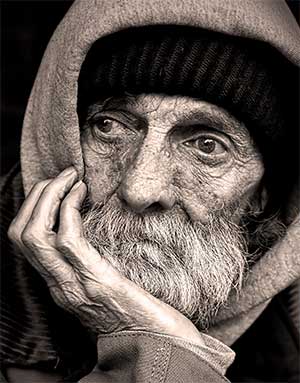 My thoughts: With concern over why people fly off the handle and for some reason this unknown personality appears, someone who is violent, who takes on a different persona, and lashes out at society – I do not believe these people are those creative, born with special talents, and the study performed should look at both sides of the coin.

Mental Illness can begin at any time in a person’s life, and without proper care, they can become dangerous to themselves and others.  What we do need is not another study but to beef up the system that has stripped away coverage for those suffering from mental illness, and treat them as you would anyone, living with a disease.

At times the parents themselves are ashamed of the fact they may have a son or daughter needing help, and hide it from everyone, try to cover it up, never seek professional help – then, on the other hand, you have a concern, and no place to go.

The patient pops a few pills, and doesn’t like what they feel, and never takes another – what they need is long-term care within a facility where proper care is given, through communication, therapy, and professionals who care.  –  What we see in the study according to the author, is the following;

Research conducted by the team in 2011 indicated that bipolar disorder and schizophrenia are more prevalent in families consisting of artists and scientists compared to the society at large. They demonstrated that the dopamine system in healthy, creative individuals is fairly similar to that seen in people with schizophrenia

The aim of the current study was to determine whether more psychiatric diagnoses, such as depression, alcohol, and drug abuse, schizoaffective disorder, autism, ADHD, anxiety syndrome, anorexia nervosa, and suicide, were linked with creativity as well. Since their prior trials consisted of hospital patients only, this time they included people in outpatient care.

Nearly 1.2 million patients and their family members (down to second cousins) were examined for the current study. All subjects were compared with healthy controls, Swedish residents from the most recent decades. The information could not be associated to anyone studied because the data was anonymized.

The analysis provided evidence for the researchers’ prior report, that bipolar disorder is more common in all individuals with artistic or scientific jobs, including researchers, dancers, photographers, and authors.

The majority of the other psychiatric diseases, such as depression, anxiety syndrome, schizophrenia, and substance abuse, were more prevalent among authors in particular. They also had a 50% higher chance of committing suicide compared to the general public.

The family members of those with bipolar disorder, anorexia nervosa schizophrenia, and, to a certain level, autism, had jobs that required creativity more commonly than the general population.

The finding gives scientists a reason to rethink current ways of treating mental illness, Simon Kyaga, consultant in psychiatry and doctoral student at the Department of Medical Epidemiology and Biostatistics, said.

“If one takes the view that certain phenomena associated with the patient’s illness are beneficial, it opens the way for a new approach to treatment. In that case, the doctor and patient must come to an agreement on what is to be treated and at what cost. In psychiatry and medicine generally, there has been a tradition to see the disease in black-and-white terms and to endeavor to treat the patient by removing everything regarded as morbid.”

Many famous authors throughout history lived with mental illnesses. Although not proven, many friends and commentators at the time believed Charles Dickens suffered from serious bouts of clinical depression. Patricia Cornwell

Below is a list of other famous creative people who have lived with some kind of mental illness:

(After reading this study I have to say, having 5,000 plus friends who are artists I do not believe they are harboring a disease – they were given the gift of talent, creativity, and grew with this gift, using special skills and their mind –   Nancy Denofio.)