NOTE:  Although the above drug is mentioned, please continue to check with your doctor to see if you were injected with this drug – as of 10/10/12 the numbers increase, and the time to look for symptoms according to the CDC and the FDA has increased to four months for the first symptom to show.  Each day we learn more about this horriable contamination inside a Compound Drug Factory. 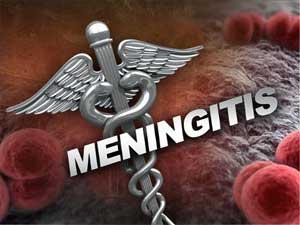 NBC reported at least 50 people in 7 States were diagnosed from this contaminated drug.  The Center for Disease advises anyone who has had a recent injection to the lower back to watch for headaches, stiff neck, and unsteadiness.

According to Dr. Benjamin Park head of fungal disease at the Center for Disease, “These patients have to be tracked down immediately.  They must receive appropriate antifungal therapy.”  All of the outbreaks were tracked to a single compound pharmacy as stated on NBC.  (Many of these facilities are scattered around the US.)  This facility was in Massachusetts, where these compound pharmacies make drugs to order. This single company as been closed, their license surrendered, and the FDA recalled its’ product’s.  It was noted, although this specific steroid is of concern, many products are made by these companies throughout the US and also could be contaminated.
On Friday, yesterday, Tenn. had 29 people, Thurs only 9.  (these numbers have grown day to day)  The compound medication is sent throughout the United States.  It was stated, “hundreds of people or more were injected by contaminated steroids and possible other products, some not injections.”  Those people who have died from the contaminated steroid, or are now suffering, or soon to be, have contracted fungal meningitis from injections, five are dead.  It could take from one to four weeks before symptoms occur.  The CDC has stated injections but included, they could be dealing with other medications from this facility.

The CDC has alerted the public to check and see if they received the compound medication from July 1st to September 28th.  The most common problems for such injections are pain.  Most common but don’t stop reading this article now because many products come from compound facilities, and this one in particular is under great concern.  As a patient, I would be worried about any medication without preservatives which can cause an outbreak of disease.

The fungus is also found in Aspergillus, which caused lung infections in cancer patients, HIV Patients and anyone with a suppressed immune system, and Exserohilum, which is linked to both skin and sinus infections.  Common mold can also cause this fungal infection but treatment is in hospital and for a long time – up to four months.

First, the difference between a compound pharmacy and a pharma (pharmaceutical) is control.  These are companies not regulated by the FDA but they are able to distribute products throughout the country.  Drugs are made without preservatives and fungal can grow by compounding pharmacies.

The Centers for Disease Control have listed, on their website 75 Clinics  as of today, known to have used the contaminated drug.  They also warn people of other drugs which could have come from compounding pharmacies; Methylprednisolone (stated above) and three additional steroids which come as a cream or spray, dexamethison, tamethason, and triamcinolone.  Also two local anesthetics – lidocaine and bupivicaine.  A blood pressure pill, clonidine; and saline.  NOTE:  These drugs are made by pharmaceutical companies, check with your doctor or pharmacists to see if your medication was from a compounding company.

Healthcare facilities receive large amounts of these drugs – according to the CDC Website which maps out several of the states receiving the largest supply including  Vermont, N.H., CT., R.I., N.J., Del., Maryland, and Washington D.C. (Several States have been added to this list.)

What confused me was not the fact that a medication was contaminated but why the United States Government allows this to happen without the control of the FDA, and inspectors.  Why do large facilities, clinics, hospitals purchase this medication and administer it to patients under no guidelines?  If as a country, we are controlled by the FDA, which holds up approval on many drugs – up to several years, and some are never approved, why can compound pharmacies exist?  The only reason I can think of is price for the facilities, but why does the FDA allow this?  Do compound facilities include any of the Generic Drugs, which we take, replacing the Name Brand?  It seems to me without any regulation anyone given the medication from these facilities are risking their life.

The second question I have, why does the FDA get involved in closing the facility, (one) when they are aware of many facilities like this one scattered around the country where no preservatives are in the compound?  Why risk life?  Why is such a medical facility in our country allowed to practice making medication to order without subject to FDA approval.  Compound Facilities are not regulated and serve every state in the nation.

There is a great deal we do not know about the controls not in place where people are receiving a cheaper product, and not the original.

I must admit, the drug in question, is common, I have taken this drug twice during the summer for laryngitis which lingered for eight weeks.  It was not injected, although the CDC noted, be sure all the products no matter the form, be checked by your doctor since this has to be stopped, controlled immediately, such an outbreak can spread like wild fire.

Never take for granted anything that can cause you harm.

Once more – these medications are also made by Pharma – your regular, regulated pharmaceutical companies – which proves, we need control over the health care industry, and companies sending large amount of drugs throughout the United States to large facilities, to the patient.

NOTE: Remember, the CDC has issued a warning that symptoms could occur up to four months after the injection.  Keep informed, they are not sure if this is the only product contaminated from this facility.

You Can Fly Too