A short time ago, I wrote to you about generic drugs being different from the name brand; a professional gave me the information.  Today on the news, we hear the story of a woman who nearly lost her life due to a generic drug.

I’ve been there, fought the system over drugs; generics, and was determined to find out the difference between the name brand and the generic.

Strangely enough, today I filled a name brand drug, one that is older than me, and for one month the cost was $900.87.  Last month I took a generic drug, of the same category, but according to the pharmaceutical company, there is no difference in the drugs.  Last month the same drug but in one of the many generic forms, was no where to be found this month, and the cost $35.96.  The same ingredients they say, the same drug but cheaper.  Do you believe it? 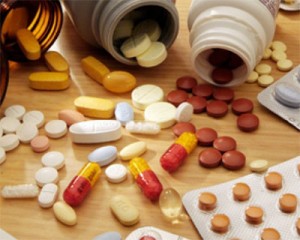 Another generic drug which I take I can tolerate only one of the four generics, each one different when taken, acting differently on the body.  There is one generic, I can tolerate, and again, the drug store tells me they cannot order that generic.  Why in the world can they order it at one drug store and not at another, why make the patients run around the city from place to place, call nearby cities for a drug that works.  And, we are not talking a run of the mill pharmacy.

Back to the drug I picked up today.  Once I received it, at home, I found out the cost of it, from slightly over nine hundred dollars for one month, to last months supply slightly over thirty five dollars.  Immediately I called the pharmacy, the bag was still closed, no one opened the bottle, they are not capsules, and I wanted to return the drugs and continue to hunt for the drug I have taken for years, the rules were, no drugs can be returned after they leave the drug store.  Well, I can see if they haven’t had me as a customer for fifteen years, purchasing the same drugs, and most of all, not telling me, with a simple call, the cost of the drug.

Generics are not the same, the woman fighting in Washington right now is right, she did mention you can get a reaction from a name brand, and she is right.  But when we hear that generics are the same, they certainly are not.  The only thing that is the same is the small letters below the name of the generic of the name brand, on all generics.

Many things are different with generics, and when it is passed down from one company to another something is different, the pills themselves look different, the coloring for one thing, and the ingredients never is solid enough to keep the drug together.  But the most important issue is the side effects.  One of the side effects was completely opposite for me, it did everything it was suppose to heal, and I tried another, things began to get worse.  I ended up back on the name brand since it was my main medicine.  In addition, I made up my mind; I have to spend more to stay healthily.  I was fortunate, I did not suffer with this drug like I did others.

Some people have to beware of generics, they can destroy your system, wipe you out, reverse your symptoms, and most of the time making things worse.

Why would one name brand drug, as I stated, older than me cost over 900.00 and the generic, slightly over 30.00.  To me this is known as highway robbery.

I will continue to follow this story, and wish the woman luck fighting her case.