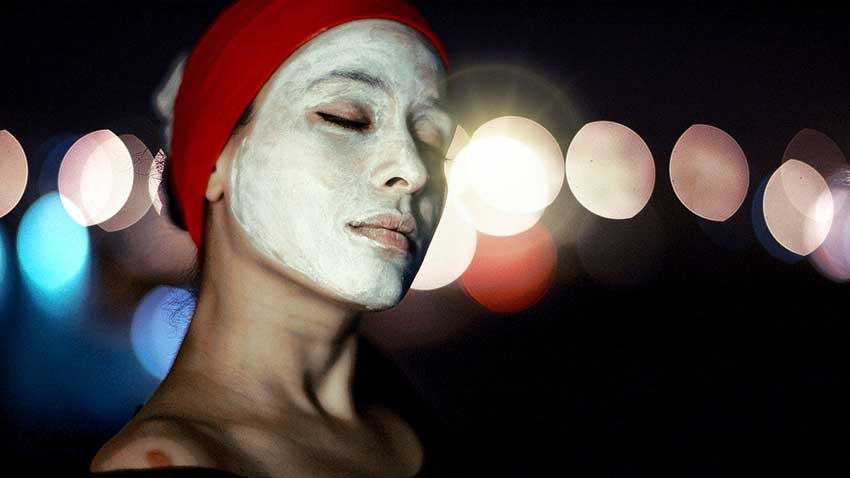 Facial Beauty Treatments over the ages: Today when we think of facials, we assume that it’s a beauty treatment that has been available to people starting from the mid 20th century.

Well, you might be surprised to find out that women have been getting facials as early as the 1500s! We are going to examine the history of facials and how their use changed throughout different time periods.

Before we start looking into the history of facials, let’s quickly establish what they are in today’s modern era. When talking about facials, we are actually talking about a group of different treatments that focus on the face.

Generally, these treatments include exfoliation, steam, extractions, lotions, creams, facial masks, massage, and peels. Facials have become a crucial part of beauty management for many women today, whether they are done in a spa, salon, or at home. Now let’s look at the history of facials and how they were used before: Dating back as early as the Elizabethan era in Europe, women went to extreme measures to attain beautiful and young-looking skin. Many early attempts at skincare were more harmful than good since there was little science behind it.

Starting around the 1600s, pale white skin that wasn’t exposed to the rays of the sun conveyed wealth and power. To take it a step further, Queen Elizabeth and other aristocrats used a poisonous mixture of vinegar and white lead, called Ceruse. Some would even draw their own blood to help achieve that pale color. Around this time, a lot more women became focused on their looks and attaining youthful skin. That’s also when many beauty products started to hit the market. Among them was Madame Rowley’s toilet mask. The ad for the beauty mask stated: “Recommended to ladies for Beautifying, Bleaching and Preserving the Complexion.” Although it was successful at first, it didn’t stay that way for long. It fell out of favor when people realized that it suffocated your face and encouraged perspiration while you slept. The growing desire for glowing skin continued to spur new and creative treatments. Things like raw meat facials appeared abroad. With the discovery of radium, many cosmetic companies started incorporating the chemical into their beauty products. One such company, Kemolite Radio-Active Beauty Plasma, was marketed as a volcanic clay mud treatment.

Beauty salons were booked daily with women wanting to get radium-infused masks, which promised to create a smooth skin and revive whiteness. It’s only today that we actually know that the radium salts in those face masks were very harmful to the users. The ’30s were all about the anti-freckle rage. Women had an immense fear of freckles that they would wear a freckle-proof cape to avoid sun damage and skin cancer. For those already stricken with freckles, Italian physician Dr. M. Matarassoa invented a new spot-removing treatment.

His procedure used carbon monoxide and a sharp needle to freeze off the freckles. Luckily, chemist Franz Greiter came to the rescue by inventing sunscreen in 1946. By this time, there were well-established beauty moguls like Helena Rubinstein and Elizabeth Arden leading the industry. The number of beauty salons was growing nationwide, ushering in a new variety of anti-aging treatments. Glamour bonnet and other helmet-like structures became the fashion, promising flushed, youthful complexion.

A new trend, rosy cheeks, was also attained by the use of electronically heated face masks. Skin-tightening wraps and vacuums are aimed at addressing issues like sagging skin, acne, and circulation. With televisions being in almost every household, even more, women became focused on their physical appearance. Everyone desired to attain that Hollywood beauty. A vast number of women started flooding spa salons for paraffin treatments, seaweed baths, and many other services that are still available today. Modern facial treatments have evolved a long way from the early days of poisonous serums and overnight torture devices. Today we look towards celebrities to spot the latest and greatest of the industry.

Kim Kardashian has recently tried a vampire facial, which uses your blood combined with Restylane or Juvederm, promising younger and firmer skin.

Others are fans of the bird poop facial, which stems from geisha facial poop treatments used in Japan in the 1600s by actors and geishas. Hollywood’s current favorite facial treatment uses LED lights to penetrate the skin, promising to reverse signs of aging.

I am Amelia Grant, journalist, and blogger. I think that information is a great force that is able to change people’s lives for the better. That is why I feel a strong intention to share useful and important things about health self-care, wellness and other advice that may be helpful for people. Being an enthusiast of a healthy lifestyle that keeps improving my life, I wish the same for everyone.

The Pharmacy Student: What Are the Perspectives on Inter-Professional Learning?

Amanda M. Thrasher Jul 3, 2010 3
Book Signings and Fairies You Just Can’t Beat That! Like most parents, summer is here and I have lost track…
Publishing