A Cure For Susie 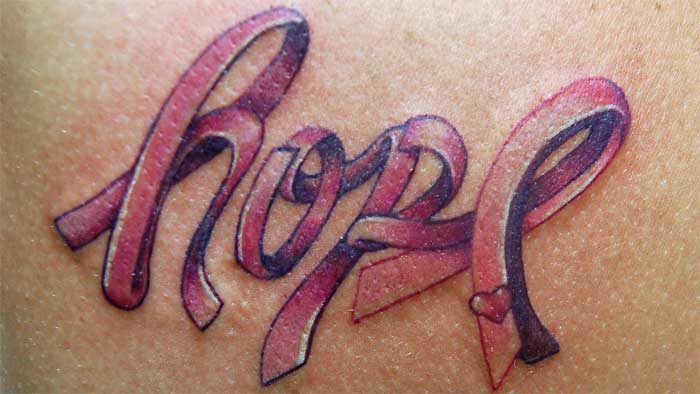 A Cure For Susie

Susan G. Komen was married, with two small children, when she was given a diagnosis of metastatic breast cancer. She fought a valiant fight with every known treatment at the time until her body could withstand no more and died in 1980.

Before she passed away she had her younger sister, Nancy, promise to find a cure for the disease that was afflicting so many women across the country. Nancy thought the world of her “big sister” and though she was in the depths of despair and “utter hopelessness” she promised “Susie” that she would do everything within her power to find a cure.

Since 1982 the foundation has raised over 100 million dollars! Over half a million people now run in their annual 5K “Race for the Cure” in cities across America.

They were instrumental in getting the U.S. Postal Service to issue a stamp for Breast Cancer Awareness; have galvanized the undergarment industry to provide labels on their clothing that advocate breast self-examinations, and inspired countless well-known politicians and celebrities to publicly speak about their personal encounters with the disease.

The following excerpt is from Don’t Just Sit There, Do Something! Grief’s Wake Up Call.

NANCY: I came from a large extended family. My mother has been my greatest role model. She was very close to her family. She weathered losing so many she has loved. She was the only child in a family where there were several uncles and aunts.

Many of these uncles and aunts were more like older brothers and sisters because she was an only child. My Mom had nine aunts and uncles combined, who had a total of four children between them.

Mother ended up being a caretaker and very close to these uncles and aunts. Except for one or two, she literally nursed them all until they died. I use to spend a lot of time with her when I was growing up, taking care of some of them, going to see how some were doing; watching her suffer many losses, and then of course my sister.

Mother always had the most optimistic attitude, you know, “When life gives you lemons, make lemonade.”

She lost her mother when she was only twenty, so she taught me about loss. I still find it so very sad.To tell you the truth, even now I don’t know if I have learned to really deal with it. There must come a point in your life where you never stop grieving but you just take action, you just go forward.

I honestly don’t know how my mother has dealt with all the losses in her life, particularly one uncle who she loved very much and was like a brother to her. That was the one time I really saw her fall apart. It took her a long time to get over that one. I saw her crying in bed, grieving.

Ordinarily, my mother is compassionate and full of feelings, yet also stoic and able to go on. This one took a lot of her . . . this one uncle’s death. He loved, supported, helped, and listened. He was just wonderful to her. He was gentle and kind and I think that he rounded out her life, gave her the comfort that a parent would give a child. He was her mainstay.

She had a supportive family with all her uncles and aunts around. She was an only child so I think she was a little more used to being alone than some of us are. But this one uncle’s death was very sudden and it was tough for her. She weathered through it. She is a very special person, my mother.

Loss was a part of our life. We’re Jewish and my mother had lost family in Germany during the war. I wasn’t old enough to know about it when the war was going on per se, but I knew to the extent that we had relatives who were lost in Europe and the war. We talked a lot about that and how precious life is.

When Susan died the thing that helped me the most was focusing all of my energy on fulfilling her dream and last request, which was to cure breast cancer. I had to do this in her memory. I really wanted to do it. We had been through such a siege.

Luckily, I had met and married a wonderful man just after having gone through an awful divorce. I think focusing all my energy and working as hard as I could on the Komen Foundation, raising my son, and being a wife, helped me get through a lot.

I don’t really remember anything specific that people said or did, except one person who helped a lot. He was a Rabbi that we had in Peoria at the time. We went to see him towards the end of Susan’s illness. We wanted to know how to deal with the children and how to deal with her. He told me what to say and how to say it. He said, “Don’t lie and tell her everything is going to be OK . . . she’ll be OK.

As the years have passed I don’t think I miss her any less. I probably miss her more. I’m getting older and would love to have my sister with me. We were best friends. I think in one way your circle of friends and people narrows, it doesn’t grow it narrows. What’s important in my life now is different then it was.

I have learned that there are very few people in life who love you unconditionally. I think sisters are like second mothers if you will. There was unconditional love there. We could say anything we wanted and be totally frank.

In a lot of ways the Komen Foundation has fulfilled a lot of what we had hoped for. It’s funny. I’m not a person with supernatural beliefs but we have always said that we have a Komen angel and it’s Susie! When things start to go wrong she’s there, something turns and it goes right. I can’t explain what I mean but believe me it’s there.

I don’t believe in angels in the traditional sense, but I do believe in angels. I don’t know what it is, but there is some spiritual holdover. It’s certainly not in the normal body, but there is something to this and I just can’t quantify it. I have felt her presence on several occasions, so I know it’s there. I don’t know how to describe it to you.

Just playing and having a life of leisure is not my style. But it isn’t that it is just not my style, it’s also the fact that there is a lot of work to be done. I wasn’t given the opportunity to do what I do without a reason.

Sometimes I get back a lot from the work and other times I don’t. But it isn’t what I get back from it, it’s what happens, it is how well I do my job. If I do my job well and at the end of the day people’s lives have been saved and we have moved along, then I feel good. It keeps refueling the reason for why I’m here. It’s like I am on a mission.

I don’t understand why Susan died and I lived through my cancer. I have no reason to understand it, except that she was born premature and for some reason, her immune system may not have functioned as well. I may have been given a longer period of time to do this work. I don’t know.

Believe me, there were times I wish I could have fought her battle for her. I think I was diagnosed with this disease to, unfortunately, understand, on a very personal level, besides everything she went through, what it was.

Looking back there are few regrets. I wish that I had had a little more time to be, well . . . I would have liked to have had another child. At the time they advised me not to. With breast cancer, they weren’t suggesting that people go on and have more children. Today it would be different. I missed out on a lot of things with my son when he was young.

He’s turned out, thank God. There are times I wished I had had a little more time and hadn’t had to stay up all night worrying about things. I have been so intensely involved in my cause.

I have some wonderful friends, but I don’t think I’m particularly popular on a personal level. I think people like me, basically view me as strong, you know? But there are things, that because I am an agent of change, I’m not the person you would just call to go play with. My friends are wonderful and they tend to include me, but I know they don’t think of me as being a cozy person.

I’m intense about everything I do. I’m sure they feel uncomfortable. I wish I were more low-key. I’m just not. No matter how hard I try I’m not wired that way. So I try to cope and handle it, but it just doesn’t seem to work out for me.

On the other hand, I’ve learned to not be afraid to take something on that seems impossible. My father was my role model for success and achievement. With enough commitment, courage, and persistence, especially persistence, you can overcome almost everything. You don’t have to be a rocket scientist. I’m not.

I have largely been successful because I surround myself with extremely bright people who are much better at everything than I am. Don’t be afraid.