In 1882, Breitner met Vincent van Gogh with the help of the latter’s brother, Theo. Together they started to frequent the old and neglected parts of The Hague.

He was also exposed to the literary masterpieces of Émile Zola. Many believe that this too was a result of Van Gogh’s influence on Breitner at the time. “All I care about is life, struggle, intensity,” together they seem to believe in this motto of Zola’s. Four years later, Breitner moved to Amsterdam and remained there until the end of his life except for the brief occasions when he undertook journeys elsewhere in Europe. 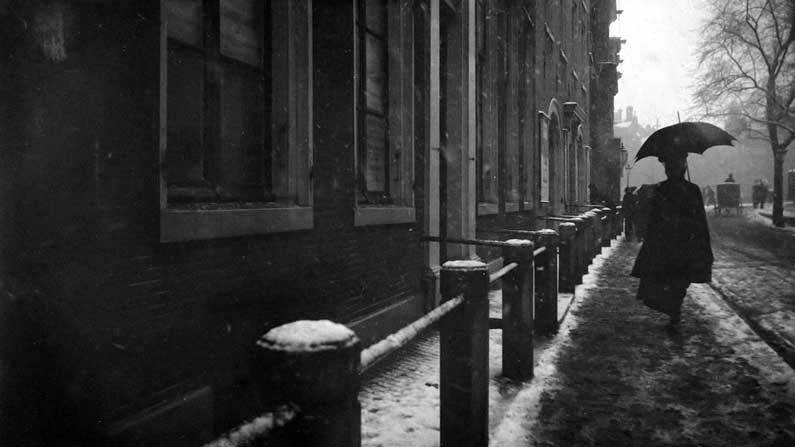 Breitner’s friendship to van Gogh did not last long. But this period opened his eyes to the ever evolving vista of a city. Everywhere, he saw old constructions being replaced by the new ones. He did not necessarily approve of such radical changes and decided to make these fleeting imageries immortal through his work. As usual he sketched these scenes extensively. But by 1889, he chose another trusted arsenal, a camera, to capture the rapidly changing cityscape.

He grew so fond of this new found medium that by the end of the next decade and a half he almost stopped working on his canvas. Many critics, including famous Dutch author and art critic Albert Plasschaert, blame his increased obsession with photography for a general decline of calibre as a painter. 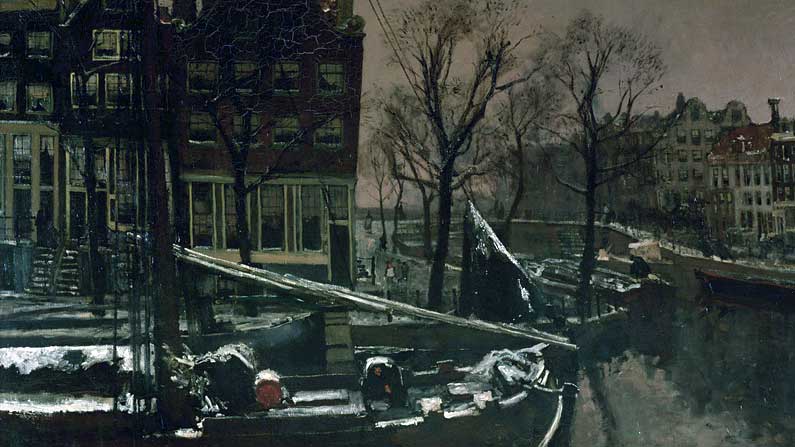 Even if this is true, it could be said at the very least, one form of art benefitted at the cost of another. It is a paradox why Breitner chose to remain almost anonymous as a photographer. His practice of this art form was unknown to anyone beyond his close circle of friends.

Photography also gained massively from Breitner’s artistic visions. He became an early proponent of street photography. His photographs, taken from an unusually high or low viewpoint, defied the traditional norms of photography. Sometimes he preferred taking images from such a close range that the moving figures left nothing but a blurry trace on a vividly bright backdrop. Indeed, today’s photographers and connoisseurs will find their tastes much in common with Breitner’s. 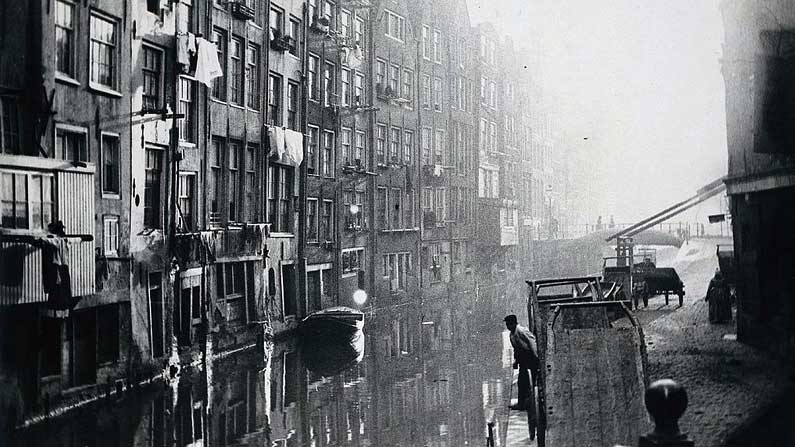 In many ways, Breitner’s photographs of Amsterdam were similar to his paintings – often dark, gloomy and slightly hazed. How much of this is due to the artist’s hopelessness over the “vanished days” of a city’s life we will never come to know. This could also be a result of despair felt deep after seeing the pitiable condition of humankind in some of the poorest parts of the city. In his later days, the artist started feeling somewhat alienated from his peers.

His pioneering work was less understood than was hoped for, and he experienced sustained financial struggles. But through it all, George Hendrik Breitner (1857 – 1923) managed to leave behind an evocative journal of on behalf of an ever-expanding city.

Dola is an author, art historian and blogger. She uses her writing skills to craft insightful articles on a range of topics including art, culture, history, tourism, environmental science and sustainable living for various online and print magazines. Between writing and reading her favorite books, she dabbles with paints on canvas, for she is also a trained artist. Those with a love of art will find Lucky Compiler and its blog, which she helps maintaining, a fascinating read. Follow her on Twitter to stay updated on her other posts and musings.

The Obscure World of Early Women Artists of Japan