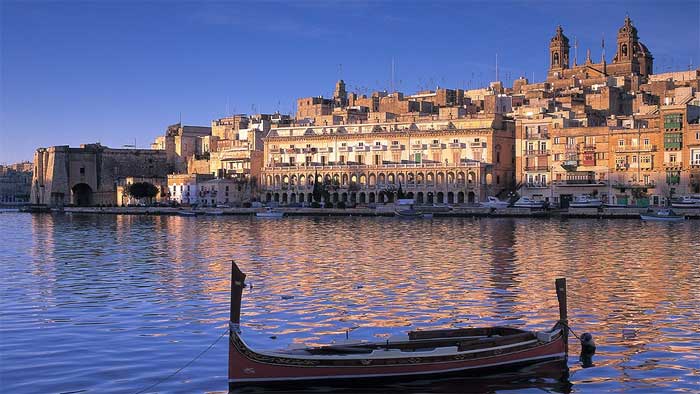 Isn’t it funny how one place across this beautiful planet can affect you for the rest of your life; make you fall in love with it and want more?

In my case, it’s Malta, its people, and its rich history.

The tiny Maltese group of islands, fifty nautical miles south of Sicily in the Mediterranean, have seen so much of man’s existence – several thousand years of it in fact.

In 2003, I badly needed a proper holiday away from everything I knew, something which had eluded me until then, and so I chose to spend a month exploring ancient Malta, a place that had always held a deep fascination for me, simply because of all the stories I had read about it, its people and their involvement during the Second World War.

At least five times during my life I’ve journeyed across the world, usually by sea. I circumnavigated much of the Pacific region during the middle nineteen sixties.

I negotiated the jungle lined Panama Canal where I saw crocodiles for the first time in their natural environment, basking in the shallows of the Gatun Lake in the late nineteen fifties as a ten-year-old child of immigrant parents to New Zealand, then once more in nineteen seventy, when I returned briefly to the United Kingdom to catch up with relatives.

But none compare to ancient Malta.

Malta has always been a strategic bridge between Europe and the vast African continent. It has experienced continuous occupation from its early Neolithic beginnings until now.

Malta occupies an important geographical position in the Mediterranean, making it a natural target for invaders wishing to gain control of the sea lanes. Phoenicians, Greeks, Romans, North African nations and crusading knights have all at one time or other taken possession. Perhaps the most famous occupiers normally associated with Malta’s long history are the Knights of St John, who defended her rocky shores for so long.

Unlike most historical ‘tourist’ destinations such as Egypt’s pyramids, Rome’s coliseum, Venice’s canals or London’s tower, where you will be mercilessly relieved of your hard-earned cash by those inevitably dreadful tourist guides, Malta lets you explore herself at your own pace and with most of your holiday money still intact. There are a few places where you will pay a small fee like one or two of the Neolithic sites in built-up areas. But in general, you are free to explore and experience Malta as I did.

Each day, after breakfast, I would head out of the front doors of my hotel and walk to the nearest bus stop where I would be transported to a new delightful experience, depending on which direction I chose to go.

In my humble opinion, the Maltese are by far the friendliest and most honest people I have ever met in my entire life. Don’t just take my word for it, go there. Experience the Mediterranean’s ‘Jewel in the Crown’ for yourself. Most tourist destinations can be ticked off in the ‘been there, done that’ category.

Malta is so different. She bewitches and beguiles you, especially, if like me, you are a lover of history. Malta is living history personified.

I would love to go back to her sometime soon…

Moving On From Mourning

Jack Eason Aug 29, 2012 0
A Claytons Review: Claytons is the brand name of a non-alcoholic, non-carbonated beverage coloured and packaged to…
Featured