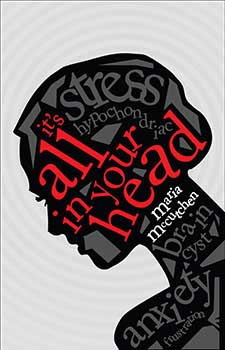 This compelling book follows Maria McCutchen’s dark journey after she is diagnosed with a rare brain cyst that affects every aspect of her life as a young wife and mother. The book details Maria’s desperate search for a neurosurgeon knowledgeable enough and caring enough to ‘fix her.’ Along her journey she is subjected to incompetency that actually worsens her condition, and accusations of hypochondria, but she never gives up. At heart, this is a tale of unparalleled courage and determination.
─ Pamela Stewart

Maria McCutchen’s book will touch your heart in ways most people never experience.
The treatment that she received from some physicians is unbelievable. Her courage to stand firm and fight the enemy herself is one which will leave a lasting impression.
Very well written!
─ Jay A. Miller

IT’S ALL IN YOUR HEAD

Maria McCutchen did not have time to be sick. With a husband who had just lost a job, two young sons, and a cross-country move on the horizon, who had time to be sick?

Maria didn’t have time for a common cold, let alone a major medical condition. But one day while shopping in the grocery store where she had shopped hundreds of times before, she couldn’t find the milk. It was then she knew what she was feeling was more than just stress or exhaustion. There was something very wrong.

He talked so matter-of-factly. No sign of concern or urgency in his voice, almost like it was an everyday occurrence that he had to explain to his patients that he had found a fluid-filled sack growing on their brain. Words like benign and unremarkable were being tossed across the desk, making me stop, analyze, and come up with their meaning amidst taking in all this information.

Okay. Benign. Another term I knew. But what was it? Quick. Think, Maria. Benign. Benign, I thought to myself. It has something to do with cancer. My heart started to pound like a jumpy jackrabbit in my chest. Cancer? No. Benign means noncancerous. All right, I thought. I understand that. That, at least, was a positive. I didn’t have a cancerous tumor. But what exactly did I have? I was still unclear as to what, precisely, a posterior fossa arachnoid cyst was. And Dr. Joseph wasn’t elaborating anymore than he had to. It was apparent to me that he felt like I was not in any danger.
Okay, yes, they found something rare on my film. But it didn’t seem to make him sweat. As a matter of fact, he told me that I wouldn’t need to be seen again unless I had any other neurological complaints. No follow-up appointment scheduled and no referral to an arachnoid cyst specialist, whoever that may have been. Nothing.

“But what about all my symptoms?” I asked as I stood to leave. “Are you sure they’re not related to this strange cyst I have?”

As of yet, I hadn’t even seen the film to know what exactly a cyst on the brain looked like to know what I was dealing with. I was absolutely clueless. And I was no more informed about my situation at the end of this visit than the moment I walked into his office several days before. Why did he even bother having me come back in for these results if, in fact, there was no urgency?
He reached out to shake my hand, a way of ushering me out of his office, “You’re fine,” he said with little reassurance in his voice.” 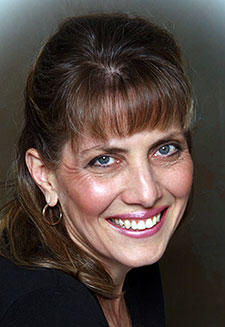 Maria McCutchen lives in North Carolina with her two boys. She has been writing for many years; writing articles for web content.

After consulting a few doctors, Maria discovered she had a rare brain cyst known as a posterior fossa arachnoid cysta – a very large brain cyst.

Hearing these cysts were normally asymptomatic was of little comfort, especially because she felt her mind and body slipping away more and more every day.

Normal mental and physical functions were becoming harder to control. Even if the doctors didn’t believe the cyst was a problem, she knew it was.

It’s All in Your Head chronicles her harrowing medical odyssey and her attempts to regain some sort of semblance of her old life after treatment.

She has become an activist for those living with brain cysts and Chiari Malformation, as well as speaking out for doctors to listen to their patients.

Check out her Blog below where she blogs about her experience.