Tell us about your background. Who you are, where you are from?
I live in Kent, UK and work as a Podiatrist in a private clinic for 3-5 days a week. I’m lucky to be able to spend the other 1.5 days a week writing, although I would love to be able to reduce the amount of Podiatry time and let the writing take over completely. But, if I left Podiatry, I would be leaving behind my greatest sources of inspiration – my patients. Every day they have something interesting to say.

The other day I had a patient that was talking about their childhood during the Second World War and they mentioned the Fire Watchers. Apparently, children sat on the rooftops of buildings across London ready to raise the alarm when they spotted a fire. Another patient mentioned that London Bridge had been rebuilt several times. 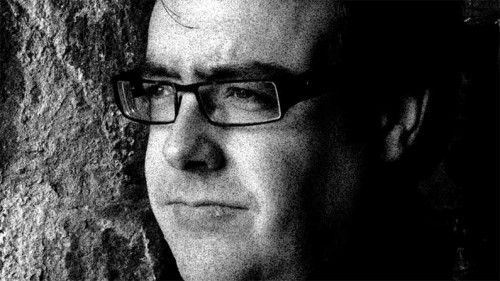 One of the originals is currently in America somewhere! These small snippets of information provide a starting point or an interesting focal point for a story. What if the Fire Watchers saw something they shouldn’t – a murder or a German spy?

What if something intriguing or secret was discovered when London Bridge was dismantled?

What themes does your book explore and what do you hope the readers will take away from the experience? Is there a particular feeling or experience that you hope to evoke for the reader?
I suppose the theme of my Moon Stealer series could be said to be rebirth in a way – rebirth of the human race by stripping it down to the basics and ridding it of materialism, wealth and arrogant superiority. Sounds heavy, but it’s not. My latest book, The Curious Disappearance of Professor Brown, is a classic good versus bad in a lighthearted way. I don’t set out to write a particular theme. My intention is never to write a literary classic, which has a deep meaning; I just aim to write something that entertains the reader and takes them on an exciting journey.

That’s all I wanted when I was a young reader, which is my primary audience. I have my 11-year-old son reading every single chapter I write before anyone else in the world gets to see it. He is honest and tells me if something doesn’t make sense. I’m lucky that adults seem to enjoy reading them too, but I think it comes down to the entertainment factor. The Curious Disappearance of Professor Brown is aimed at the middle grade audience once again, but this is the first time I have collaborated with an illustrator. The illustrations really pull the reader in and get them involved in the story. Once again – it’s all about reading something that’s entertaining.

What prompted you to be an author and did you have a specific inspiration in mind? Were you influenced by a certain person, artist, or genre?
I began writing out of pure stubbornness! When I was about 14 years old, my English teacher said that I could never compose complete sentences, so being a stubborn person; I set out to prove him wrong. I remember sitting in my bedroom spending ages writing the greatest piece of descriptive work I possibly could about a tree. Yes, you read it right – a tree. The Thesaurus had never been used so much!

But the important thing was that I went back over the 500-word piece of writing and edited it several times joining the short sentences together to improve it. I realized that I couldn’t write as fast as my brain worked, so editing and rewriting were vital if I wanted to improve the structure and flow of my work.

I think many things that influenced me as a writer, started early on in my life. I read loads of books as a child. When I was a teenager, I went through a phase of reading all 76 Agatha Christie books! I liked the set structure to her murders; she actually created a fool-proof formula for crime fiction. I still have those old copies on my bookshelf, but they are now joined by hundreds of other writers in different genres, including my current favourites George R R Martin, Philip Kerr, C J Sansom and George MacDonald Fraser. As a child, I also enjoyed reading comics – especially 2000AD featuring Judge Dredd. I also loved going to the huge Virgin Megastore and buying a DC Comic. I always went for the ones in plastic covers so that I could keep them in perfect condition. An appreciation of artwork as well as written work has helped to define my writing style to be very visual.

If you could compare your book to any other existing works, which ones would it be and why?
I’m not sure. I always try to do something that is different and unique.

The Moon Stealer series is a mixture of sci-fi, fantasy, dystopia and adventure. Each book in the series could even be pegged into a different genre hole and I’ve not come across any other book series that does that (mainly because it seems to be frowned upon and is not the thing to do!) The Curious Disappearance of Professor Brown could be compared to ‘Police Squad’, a TV series from the 1980’s, rather than to a book. It features eighteen-year-old Lawrence Pinkley who inherits a private investigation business from his father. Truth be told, Pinkley hasn’t the first idea how to be a detective, but somehow he manages to come out on top. He gets himself into all sorts of comical situations.

Tell us about your latest work and what inspired you.
When I was 18, I drew a picture of an old-fashioned film noir Chicago detective in a sepia suit. In my head I knew he wore a fedora hat. In the picture there are shadows in the window of the door of someone being strangled, but the detective is oblivious to it. He’s too interested in the mysterious piece of paper he’s holding. I liked the idea of a detective that was totally blind to everything that goes on around him, but for that to happen he would have to be a comical character. In the late 1990’s I wrote the first draft of The Curious Disappearance of Professor Brown, but left it on the shelf until 2013, when I rewrote it, taking out the alcohol and sexual references to make it suitable for a young audience. 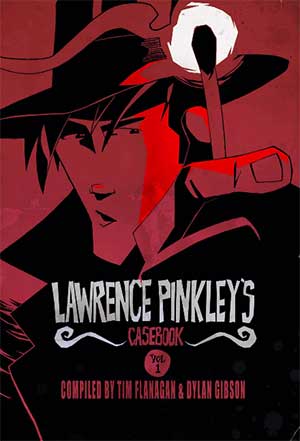 One night, in a high security laboratory, a scientist mysteriously disappears, leaving behind an overly nervous assistant and a trail of pumpkin juice. Pinkley is hired to investigate the disappearance by the professors beautiful daughter, forcing him to quickly learn the skills he needs to solve his first major crime.

But every move Pinkley makes is being watched. As he blunders from one clue to the next he stumbles across secret messages, talking pumpkins, the Russian mafia, and hired hit men. His life now depends on him solving the case. Not to mention the future of mankind!

For this book I wanted to create something that was not only a journey in words, but also a journey for the eyes. I have always written in a style that is particularly visual, so it only seemed natural for me to one day get those words converted into pictures.

But not in the form of a graphic novel. I wanted the pictures to feed the imagination of the reader, take them into the story, and involve them. I came across Dylan Gibson, an illustrator, and presented the project to him and explained my ideas for the illustrations. We took each chapter separately discussing ideas for illustrations and colour scenes. The aim of the coloured scenes was to provide a visual supplement to the story, or if the reader took the time to study them, they could find extra information and additional jokes in the background that the main characters are oblivious to. These are the sort of pictures that I loved as a child that would make me get my pens out and copy.

Thanks for taking the time for this interview. All the best!
Thanks Paul – appreciate your support.