Julie Young is an award winning writer/author from the Indianapolis area, and a multi-award nominated author of six books. A Paul Collins interview.

Tell us about your background. Who you are, where you are from?
My name is Julie Young and I am a writer/author from Indianapolis, Indiana. I am a freelance writer for a number of local, regional and national magazines. I have written six books on local history including the multi-award nominated A Belief in Providence: A Life of Saint Theodora Guerin, Images of America: Historic Irvington, Eastside Indianapolis: A Brief History, A Brief History of Shelby County, CYO in Indianapolis and Central Indiana, and Famous Faces of WTTV-4. I have been commissioned by the Indiana Historical Society to write a the state youth biography on Michael Jackson and most recently I completed my first novel, FIFTEEN MINUTES OF FAME published by Rocking Horse Publishing. 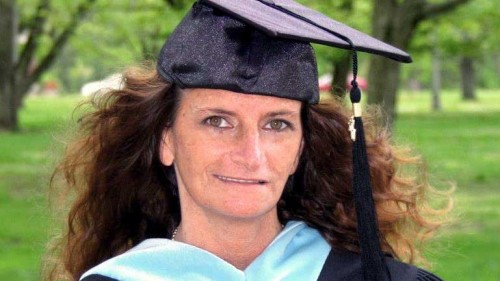 What themes does your book explore and what do you hope the readers will take away from the experience? Is there a particular feeling or experience that you hope to evoke for the reader?
FIFTEEN MINUTES OF FAME is the story of a young rock star who was plucked from obscurity at the age of 15 and molded into a music icon named MonAmi.

On the final night of her farewell tour, she leaves it all behind and returns to her hometown of Kentwood, Indiana where readers learn about the good, bad and ugly side of the music business from the girl who sold her soul to rock ‘n roll.

This book is pure rock and roll fantasy…like a Behind the Music special, it is a cautionary coming-of-age tale of what happens when someone hits the musical lottery and discovers that, like most things in life, it’s not all it’s cracked up to be.

What prompted you to be an author and did you have a specific inspiration in mind? Did a certain person, artist, or genre influence you?
Growing up, I always wanted to be a rock star! (Laughs) Seriously! I saw Elvis’ last concert when I was a kid and I was always belting out one song or another around the house. I just know that if shows like American Idol or The Voice had been around back then, I would have bugged my parents like crazy to audition for them. Eventually, merely wanting to sing turned into my wanting to be a songwriter, and that led to poetry and ultimately prose. My musical influences are all over the place, but I am a huge fan of Led Zeppelin, Heart, The Who, Pink Floyd and those who tell stories with their music such as Jim Steinman and Andrew Lloyd Webber.

That being said, I was an avid reader growing up as well. I loved Judy Blume, Ellen Conford, Betty Miles, etc…But I couldn’t imagine joining their ranks. Being an author…wow…that was like being Shakespeare, you know and I didn’t think I was good enough. How weird is it that I thought being “bigger than the Beatles” would be easier than being the next Judy Blume?

If you could compare your book to any other existing works, which ones would it be and why?
That’s a tough one. I think if every author were honest, they would say their work is one of a kind! I would like to think that my writing style is similar to that of fellow Hoosier Meg Cabot. I remember meeting her once and her telling me that she likes to write about strange events that happen to seemingly ordinary girls and change their lives forever. I totally connected with that and I can’t help wondering if it’s an Indiana thing. Robin Benway is another current author whose writing style I really enjoy and connect with, so hopefully her fans will embrace my little rock star as well! 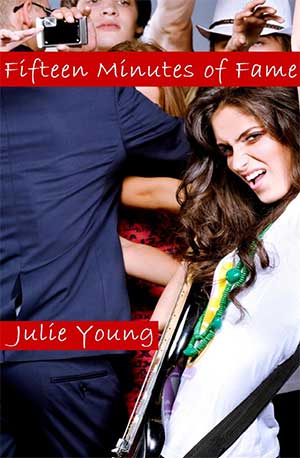 Tell us about your latest work and what inspired you.
The original concept for FIFTEEN MINUTES OF FAME came to me about 24 years ago. I was a young mother of a five-month-old living in North Carolina and one day, for the lack of something better to do, I decided to write a rock opera. Needless to say, it wasn’t Jesus Christ Superstar. (Laughs) After several incarnations, I decided it would be a book, but every time I would start working on it, another non- fiction project came along and I would have to put it aside once again. It began feeling a bit like the much-ballyhooed Chinese Democracy album from Guns ‘n Roses. I didn’t think it would ever be finished!

As for what inspired me…wow…again, part of it was the life I always thought I wanted. I wanted to know what it would have been like if some nice man showed up at my house one day and said “Kid, we’re going to make you a star!” I had also watched enough Biography and Behind the Music to know that it wasn’t all it was cracked up to be and that music history is littered with the carcasses of young performers who cracked under the pressure of having it all; who never thought the dream would end. I thought about people like Leif Garrett, David Cassidy, Donny Osmond, Jon Bon Jovi and Michael Jackson and wondered how some come through the “teen idol” thing OK while others meltdown.

As MonAmi explains in the prologue:
If I had the inside track on which performers would adjust well to the madness and which are train wrecks waiting to happen, I would go find another singer somewhere and become her manager…After years of trying to ignore it, I decided that the time had come to tell everyone the truth, to lift the veil and let everyone see what really happened. My career is not without its controversies, but I survived in a world where some fall by the wayside and others think they are one hit song away from a comeback. For better or for worse, this is my story: the behind the scenes reality about manufactured fame and all of the trappings that come with it from the girl who sold her soul to rock and roll.