Award Winning Author in the Mystery & Suspense genre, Dianne Harman, is also a frequent contributor to the Huffington Post. A Paul Collins interview.

Tell us about your background. Who you are, where you are from?
My stories and characters come from a diverse business and personal background. I owned a national antique and art appraisal business for many years, left that industry and opened two yoga centers where I taught yoga and certified yoga instructors. I’ve been fortunate to travel throughout the world. My husband was a California Senator and for twelve years I lived most of the time in Sacramento with him. We did a lot of entertaining – everyone from Governors to lobbyists and legislators of all political persuasions. That was the genesis of my satirical political novel, Tea Party Teddy. Presently I live in Huntington Beach, California. 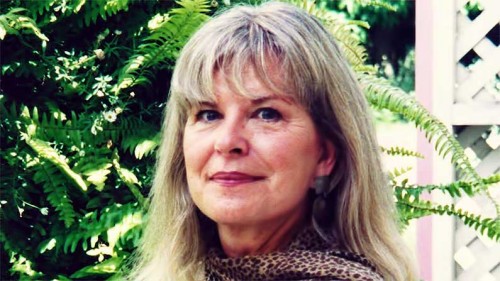 Is there a particular feeling or experience that you wish to evoke in the reader? I don’t set out to explore certain themes when I write, they kind of evolve. I’ve been told that there is an element of good vs. bad in my books.

What prompted you to be an author and did you have a particular inspiration in mind? Were you influenced by a certain person, artist, or genre?
I was an English Major in college, but like so many, never felt I had the credentials to write. A couple of years ago my husband read a review of On Writing by Stephen King and suggested I read it. It freed me from all of that “need to have the perfect credentials” thinking. Like Nike, Stephen says, “Just Do It.” And so I did. The inspiration for my first novel came from a silent air conditioner when we were in Palm Springs, California for a wedding, and it was 106 degrees outside. I turned to my husband and said something like “Wouldn’t it be interesting if someone put a feel-good drug in the air conditioner and everyone felt good all the time?” He said, “There’s your book.” And so Blue Coyote Motel was born that afternoon! I actually wrote the whole book on my iPad!

If you could compare your book to any other existing works, which ones would it be and why?
I can’t even begin to come up with an answer for that question. There are so many wonderful books to be explored that even if I tried to compare my books to them, I’d probably find another one tomorrow that was more fitting!

Tell us about your latest work and what inspired you.
I never planned on writing a trilogy, but so many people asked me what happened to Maria, the main character in Blue Coyote Motel, that I had to write it, and in fact, just published the sequel, Coyote in Provence. I’m now editing the final book in the trilogy, Coyote Comes Home. What inspires me and humbles me is the success that Blue Coyote Motel has had. It was my debut novel and went on to become a quarter finalist in Amazon’s Breakthrough Novel Awards contest as well as the Book of the Month on both e- thriller and Goodreads Psychological Thriller group.

Thanks for taking the time for this interview. All the best!
Thank you for having me!