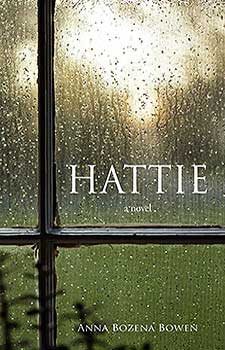 “Hattie’s story comes out of the heart and soul of what it means to be human in a sometimes inhuman world. It is an extraordinary journey through the depths of human struggle, the heights of human triumph, and the ways in which they are vital and intimate partners in a courageous and transcendent life. HATTIE is exuberant with insight and awareness, and there is not a false moment in it. This beautifully realized novel teaches us about life, love, and longing and we are humbled and glorified in the process. HATTIE is a terrific read and a life-lasting experience.”
—Janet Thomas
(author Day Breaks Over Dharamsala)

“Like sitting with a friend telling me stories by the fireside, I was riveted by the mystical, haunting tale of this quietly courageous woman. Hattie’s voice is warm, wise, and totally engaging.”
—Heather Summerhayes Cariou
(author Sixtyfive Roses)

“Hattie is an immensely engaging and brilliant novel. It tells the story of a womans life and struggles through out of sequence time jumps.

By jumping thoughout Hattie’s life, you get a real feel of who she is, and how she got that way. The author weaves throughout different time periods in Hattie’s life flawlessly, keeping the reader anxious to find out what happens next. Throughout the many heartbreaking tragedies in Hattie, the author manages to keep hope alive in the meaningful, and realistic blessings that Hattie manages to find along the way.

By the end of the novel, the reader does not only feel like they know Hattie, but are rooting for her, despite knowing of her tragic death in the first few pages. An excellent read for anyone wanting to experience a little slice of life at it’s best, and worst.”
—Shawn Watson

“Anna – you are someone who could lead us to our communal soul.
Well written, heartfelt, and imaginative.”
—Thomas Moore
(author Care of the Soul)

“When Zak was three months old, Harry came home. ‘Woman,’ he said as he towered over the child. ‘You’re crazier than I thought giving him a dumb name like Zak.’ ‘Husband,’ I said. ‘Go to hell.’

I often wished that at that moment my arms had been sunk deep in the washtub. Maybe then he would not have heard my words above the sloshing sound of water and cloth against the washboard. Instead, there I was, standing face to face with him. Even though my words weren’t loud enough to be carried by the winds past my world, they were loud enough to brush against the oversized ears that stuck out from Harry’s head. He was not a good-looking man. To be honest, he was almost ugly, but too stupid looking to be ugly.

His mother Beatrice, God rest her soul, once said to me, “Hattie, Harry’s a good man. Remember looks ain’t everything. God passed him by when he was making masterpieces, but he gave him a strong body to work hard. He will take good care of you.”

Mothers can be so wrong in seeing their sons. Oh yes, he had a strong body. On our wedding night, he nearly suffocated me with his weight. He was bearing down— pushing, rocking back and forth like he was trying to hoist a wagon stuck in mud— forgetting that I was alive under him.

When I cried out, gasping for breath, he thought I was crying in ecstasy. Such a stupid man!
His arms were strong enough to hoist huge buckets of rock out of the mines he worked, but never strong enough to hold the youngins. That day, standing there next to him, I felt his arm—just one mind you—come away from his side and fling me clean across the room. I found myself in the corner with Jeremy. There I sat, looking foolish. My print dress had popped a couple buttons and the skirt lay open over my thighs. What went through my head as my eyes lifted up to his made me shudder. ‘He’s thinking about having me.’

As much as I wanted to pull my dress together and cover myself up, it would have been letting him know that I knew what was going through his mind. So I did nothing. Above Jeremy’s silent terror and Zak’s screams, he came toward me. His thick hand fisted around the neckline of my dress. Without effort, he pulled me off the floor and lifted me up so that my eyes met his cold, heartless stare.

My face felt his hot breath seeping over it as he said, ‘Woman, I forgive you for saying such a thing.’ Then his big, callused hand patted my cheek with enough pressure to make my head feel the wall behind it…” 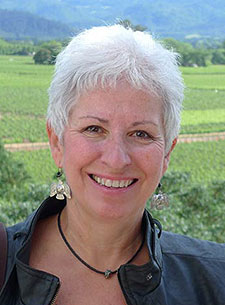 Anna Bozena Bowen is a poet, writer, holistic nurse and intuitive. She was the first American-born child to her Polish immigrant parents and was raised in a Polish community in Holyoke MA.. Bowen’s holistic approach to life and connection to spirit is evidenced in HATTIE, her first novel. “HATTIE the novel has been with me for years,” says Bowen, “and in a way is a testament to the multidimensional aspects of our human and spiritual lives; it is about the in-between and beyond, it is about being human, it is about soul and spirit and so much more.”

Her twenty-five years in nursing, mostly in the critical-care and mental-health areas, her personal healing journey, and Bowen’s work with adult survivors of childhood sexual and ritual abuse “privileged me to hear many stories. I witnessed the resilience of spirit and the freeing of one’s soul that occurs with finding one’s voice,” she says. Bowen was a contributing author to Take Back Your Life: Recovering from Cults and Other Abusive Relationships (2006).

She is a member of the International Women’s’ Writing Guild (IWWG) and the American Holistic Nurses Association (AHNA). She is also a SoulCollage® facilitator and finds this creative expressive process and journaling valuable tools for one’s personal journey.

In the late 1980s, while in her mid-thirties, Bowen reached a turning point. “As much as I loved being a nurse, I felt something was missing in my life. So I decided to start with one summer course—The Short Story—at Holyoke Community College. There I fell in love with writing, poetry, and literature, and it was then that I began writing HATTIE.” Bowen graduated from HCC and went on to UMass Amherst, where she received a BA in English and in Women’s Studies. In 1990 Bowen was one of ten recipients of the USA Today Distinguished Student Scholar Award, and was featured in “15 Exceptional Women” in Your Family magazine. She also had the privilege of reading her poetry alongside Pulitzer Prize winning poet Maxine Kumin.

She lives in Western Massachusetts with her husband Doug and two grown children Michael and Mary.