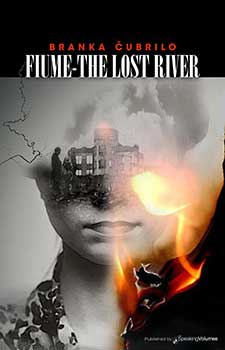 Branka is a writer of exceptional talent who traverses cultural, historical and linguistic barriers in her writing with a passionate fluidity.

I have read Branka’s novel “Fiume – The Lost River” which tells the story of migration and place; of Australia and Europe through the mysterious journey of a handful of characters.

Branka’s work has the great virtue of capturing the essence of place and nation with a seamlessness found only in the works of great writers who themselves have known displacement and separation.

Her writing is beautifully evocative and captures the sense of place and atmosphere in a way which is transporting for the reader.

One can taste the salt air of the Croatian coastline and feel the heat reflected from the pavements of Darlinghurst or Kings Cross while being drawn into the penetrating psychology of the book’s protagonists.

Branka is both an exceptional writer and exceptional person. She has an acutely intelligent and engaging mind.

She has always demonstrated an integrity in her life and writing which drives her toward a psychological truth. She is and observer and translator of human complexities and this is nowhere more evident than in her writing.

Despite many of the psychologically disturbing themes in her writing Branka has a wonderful sense of playfulness and spirit for life.
―  Prof. Penny Green
University of Westminster, London, UK

He shut the door, and I went in search of Anita Ruhr. When I knocked on her door, there was a long silence. I knocked once again, and then once more, and I was just about to give up, when I heard footsteps.

She asked: “Who is it?”—and I replied:
“Vito Del Bianco—and then she said:
“Just a moment Tito Velango, I’m opening.”

The door opened and I found myself face to face with a mummy. She wore a long dress, down to the floor, of red silk, and a bright red turban on her head. Her face was tinged in tones of red, and her cheekbones were so outstanding that she looked like a puppet in a Chinese theatre. Her eyes were so deep set in her eye sockets that I could not see what colour they were, if they had any at all. Her mouth was also smeared with bright red lipstick, and such was the colour of her excessively long nails – their length making them look like red swords.

She smelled of stale air, and that odour spread throughout the hallway. Her nose was large and wrinkled; her teeth were big, disconnected, and loose.
She twisted her already crooked mouth, spread her arms and said:
“You haven’t been here for quite some time, Tito Devango, come in, we shall play bridge.”

The flat was in a terrible mess, and there was a stench of cat excrement and urine from the chamber pot. I repeated:

“My name is Vito Del Bianco, I’m a writer. I’d like to ask you a few questions about the people you used to know, as I have been told.”

She closed her watery eyes, tipped her head to one side, clasped her hands on her bosom as if about to start praying: “I knew everybody.”

“Fine, Mrs. Anita, tell me, can you remember Beatrice Szabo? Or Goldberg, she got married to David Goldberg? Do you remember him?”

She gazed somewhere, making no sound, only her lips moved in some kind of a silent prayer. Then she broke the silence: “You know, I knew Krishnamurti,” and then she started to nod her head.

“That’s nice,” I said. “But did you know David Goldberg?”

“I met Elvis Presley, and you know what he said to me, he said: ‘Anita, Anita, you little rascal.’”

When I mentioned the name ‘Michaela Lebovitz’, she looked at me and said:
“Michaela Lebovitz was a communist, I did not like communists, on the contrary, I hated them from the bottom of my heart. And I said to Sandro Pertini that I liked Benito, and that communists bring evil and misery.” 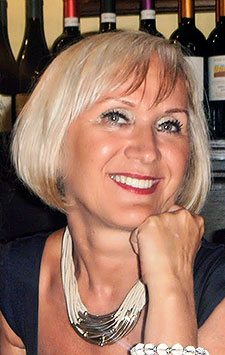 Branka Čubrilo is a novelist, and author of seven books. As she writes in two languages, six of them were published by three different publishers.

At the age of eighteen she wrote her first novel “I Knew Jane Eyre,” which won the Young Writers Award in 1985.

Apart from writing novels Branka writes short stories, poems and articles, and works as a radio producer in Eastside Radios Sydney and Special Broadcasting Services – SBS – Sydney, where she has produced a number of programs and serials, and conducted many interviews.

Being a linguist, Branka is also fluent in four languages.

Branka’s latest novel, Fiume – the Lost River, was published as she was editing her recently completed book Thirty Years of Pia.

She lives in Sydney, Australia, with her daughter Althea.