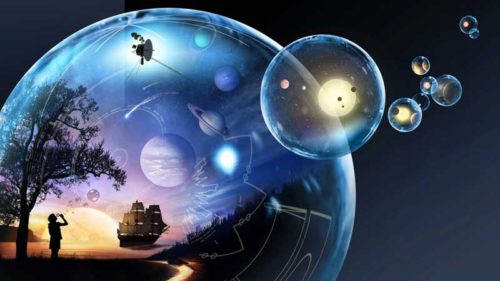 Step 1
Know the purpose of your assignment. Understand assignment objectives: what do you intend to accomplish? Determine whether your assignment entails a position paper or an analytical essay on the subject. A position paper generally favors one particular thesis, while an analytical essay features an objective presentation of information that presents both supporting and opposing arguments.

Step 2
Read the assignment carefully to maximize your understanding of its purpose. Thoroughly assess all pertinent instructions, ask questions, and address all potential misunderstandings before beginning the assignment.

Step 3
Know your audience. Consider the type of writing structure, prose, and general style most appropriate to your assignment? Understand the general educational level, knowledge, and intellect of your demographic. For example, an argument written for high school kids requires much simpler, succinct prose than one perhaps written to college students.

Step 1
Begin your research. Gather evidence. Before beginning any paper, you must first collect evidence to accurately support your argument. Forming an argument requires extensive investigation.

Step 3
Examine all angles when presenting your argument. Even a position paper presents objections, potential weaknesses to the argument, and opposing views. Remember that at least two sides exist to every argument. Consider the totality of evidence encompassing an argument. Examining all sides requires extensive investigation.

Step 4
Read all relevant resources and references. Note any factual discrepancies. Avoid any speculative data or information not immediately supported by evidence. Recognize corroborating information. Consider all pros and cons of your argument.

Step 5
Prepare an outline. Make a list and organize ideas into succinct phrases. As you outline, recognize issues identifying potential questions, issues, or controversies. Consider issues by drawing reasonable inferences from the assumptions, or unstated information, presented. Every conclusion, or inference, contains at least one assumption to support it. In recognizing such assumptions, you may formulate reasonable inferences, accurately drawing a conclusion that necessarily follows from the information presented.

Step 1
Learn the art of logical reasoning and embrace critical analysis. You engage in the art of logic by annotating issues as questions. These questions form from you interpreting the information, and inferring potential outcomes. You infer by considering possibilities. These possibilities translate into questions. For example, “Whether the First Amendment Establishment Clause permits voluntary prayer in public school, referencing God?” You arrive at these questions from the evidence presented by engaging in critical analysis. How? You infer plausible possibilities by analyzing the evidence and attempting to predict potential consequences thereof. Similar to the scientific method, you produce a reasonable hypothesis from given facts.

Step 3
Inductive reasoning represents the ability to extrapolate inferences from a selection of observable data. Here a person utilizes specific facts and concludes based on the facts. The connotation of language suggested by positive or negative adjectives and adverbs elicits one to infer an author’s attitude. For example, the assertion, “barbarous, belligerent men deserve no kindness” suggests a possible feminist attitude, and references contempt for grown males who engage in violence. Notice the sentence referred to only “men”. We know nothing about females (girls, ladies, women, etc.), or children (boys/girls).

Step 4
Conversely, deductive reasoning employs laws, principles, and conditioned statements to elicit inferences. Again, you infer by asking yourself whether the information supports a particular outcome. In other words, a person, often through if-then sequences, takes the generalized principle to infer potential consequences of specific events. In deductive sequences, commonly known as if-then statements, sometimes the facts may prove untrue for hypothetical purposes. For example, “if bats only appear at night” and “night occurs from 7 PM – 11:59 PM”, then one may reasonably infer by a process of deduction that bats must appear after 6 PM, and never before 7 PM.

Step 5
Apply inductive and deductive reasoning to logically consolidate your argument. In other words, begin to draw inferences, accurate, logically sound predictions, based on the information presented. Consider the following example.

The traditional work week spans from Monday to Friday, 9 A.M.- 5 P.M. People eat dinner after work. If work ends at 5 P.M., then people must eat dinner after 5 P.M. One may not infer that no work occurs on Saturday and Sunday. However, you may reasonably infer based on this hypo that the “traditional work week” excludes Saturday and Sunday. Stay within the four corners of your evidence. Again, the hypo referenced both inductive and deductive sequences from which you may engage in logical reasoning to infer outcomes.

Step 3
Recognize the difference between sufficient and necessary conditions. Remember to use “may” when it might occur and “must” only when the situation warrants a requirement. For example, a document asserting that the President “must have known about some scandal”, because one’s administration engaged in certain scandalous activities engages in flawed reasoning. The conclusion precludes any possibility that perhaps she/he lacked such knowledge. It mistakes the difference between a sufficient and necessary condition. Avoid the term “must” unless a situation definitively proves something as necessary, or required by the circumstances.

Step 4
Avoid using terms like “most” or “predominant” unless the situation distinctly evinces a majority, or at least “51%”. Many literary works capitulate to these unrepresentative terms without evidentiary support. Instead use terms like many, significant, plurality, some, sometimes, usually, often, plausibly, etc. If the situation warrants a likely circumstance, a strong possibility, use “probably.”

Step 6
Never use the term “will” “guarantee”, or inevitable” unless all other evidence definitively removes all other possibilities. When the meteorologist predicts “100% chance of rain”, that it “will” rain, she/he fails to eliminate the possibility of no rain. No one knows something “will” happen with absolute certainty unless the evidence proves it beyond all doubt. However, the future remains unwritten, so such conclusions remain unforeseeable, and thereby unwarranted. Instead of “inevitably” try “almost inevitably”, “nearly” “overwhelmingly”, “most likely”, “probably”, “plausibly”, “reasonably anticipated” depending upon probabilities.

Step 1
Repeat sections 2-4, as needed until you are satisfied with progress. Exhaust all possibilities with research, organization, critical analysis, and writing mechanics. You exhaust all possibilities by ensuring that no other evidence exists to contradict your argument. After composing your argument, carefully critique what you wrote for clarity, conciseness, coherence, and cogency. The 4 c’s help to maximize efficacy. An effective argument reflects precision in thought and analysis.

Step 2
Read and reread your analysis. Scrutinize the entire document. Check for grammatical, typographical, structural, and content errors. Ensure the accuracy of all information, including vocabulary, and fact-checking analysis, corroborating all references. If possible, let someone else proofread your document.

Step 3
Finish the assignment. Peruse the document for any lingering mistakes before finishing any essay. Submit your paper, satisfied that you worked diligently to facilitate a compelling analysis. Congratulations! You successfully took these simple steps toward producing a more logical, well-reasoned, insightful argument.

For All The World To See