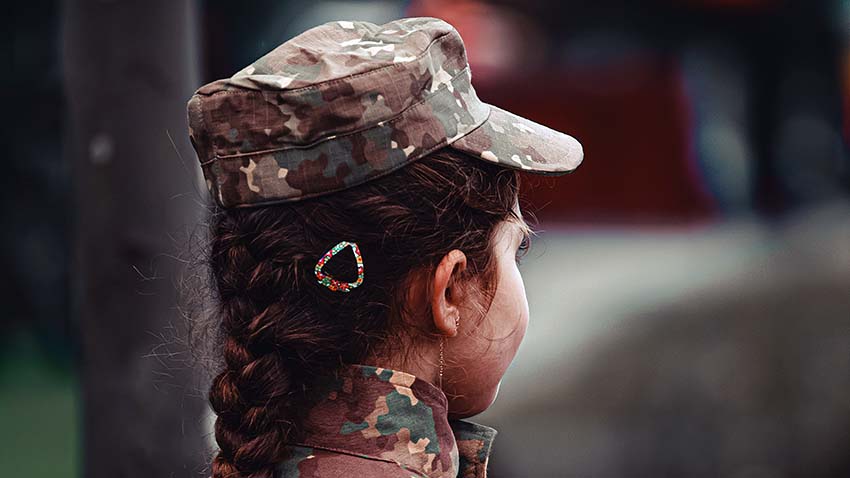 Women are offering their personal resources, time, and energy like never before. At least 59 percent of those surveyed in the U.S. in 2002 by United Way said they had volunteered or done community service work in the previous year and those numbers have continued to rise in the last eight years.

Thinking about others and getting beyond our own selfish desires, seems to be a trend that nobody wants to stop.


Of course, people volunteer for different reasons and are moved by a variety of intentions. Some folks want to get out of a rut, keep busy, feel needed or recognized and make new friends; others to have an impact or for personal growth. And some simply think it’s the right thing to do. As Daisy Gale, a quilting instructor, mother of eight, and girls softball coach from Utah say, “It doesn’t matter how much you get involved or where just get involved!

Give a little each paycheck; donate time and/or energy. You don’t have to travel overseas. Go ahead and get your hands dirty.”

Daisy and seven other women did go overseas and joined a group doing humanitarian work in Kigali, the capital of Rwanda. They provided medical care, job education, and trauma relief for over 150 children at The ROP Center for Street Children.

Like volunteering in the U.S., they didn’t have to take the time away from their jobs, families, and homes to lend a hand, but they did and every single member felt they received more than they gave. “I haven’t volunteered much in my life,” says Joanna Ransier, a nurse in her fifties. “Raising three children and going through a divorce was more than enough. I never expected this to come around.”

Dottie Webster, a sixty-three-year-old housewife from Arizona, smiles, “We treated them (the orphans) and opened their hearts and helped them relieve some of the fears and pains. They know we care.” This sense of giving and receiving, even in the midst of some of humanity’s worst suffering, consistently runs through these women’s thoughts. “I get a lot of satisfaction out of being able to give back,” smiles Caroline Sakai, a psychiatrist from Hawaii. “So many of the kids said before they felt so different and they didn’t have hope and now they feel like they have hope.”

There are over a million orphans in Rwanda and countless agencies, both government and private, trying to ease the impact such numbers have on society, by providing food, clothing, shelter and education, but there are still thousands of children living on the streets or temporarily housed in government centers, only to be released back on their own after three to six months.

The children at ROP are some of the lucky ones who have a home, food, clothes, medical care, and some education. Upon entering the abandoned automotive warehouse that was once used for ROP, the team was greeted with exuberant music and dance by the children, teachers, and staff.

“This trip reminded me of what’s important,” says Paula Herring, a forty-year-old business management teacher from California. “Before I came I thought of the kids as having nothing and little to be thankful for, but since working at the orphanage I saw a lot of potential and a sense of hope that not only they but most Rwandans seem to have.”

Some problems, both locally, nationally, and internationally seem so big that people dismiss them as unsolvable, hopeless, or impossible to solve. Feelings of helplessness and impotence in the face of such seemingly unsolvable dilemmas can create apathy, detachment, and a turning away from the realities in the world, let alone on our front door.

And yet . . . the fact is that you don’t have to solve ALL the existing problems or end ALL the suffering in the world. Yes, you can look at the big picture and provide the maximum impact for the most people possible, but it still comes down to helping one person at a time.

Suzanne Connolly, a grandmother from Arizona who was teaching trauma relief with the women in Rwanda said, “We try to stay in the background and train the community. The teachers are the ones that will continue to be here when we leave, not us.” When people find ways to multiply their giving and leave tools for living, it can literally touch thousands of lives.

Most of the children at ROP are survivors of the 1994 genocide and the AIDS pandemic, which took their parents, families, and relatives’ lives. Yet, even in the aftermath of some of the worst atrocities ever perpetrated by humans upon other humans, people have found hope, renewal and inspiration.

“I think I walked into this experience with a lot of sympathy for the kids because they have so little and I, as an American, have so much,” Kelli Barber, a young nurse from Tennessee explains, “and so many of the kids were dealing with trauma and shame.

It didn’t take long for me to realize that they were much more than their past or their circumstances. I was really inspired by their strength, sense of community, and spirit.”

Remembering you “can’t do it all” is just as important when you volunteer, as it is with your own job or family. No matter how clear or well-defined your intentions are, you are human. Everyone has different limits, boundaries, amounts of energy, and personal resources.

Whitney Woodruff, a nurse practitioner in her twenties, who was in charge of the medical team at the orphanage, says insightfully, “Working with the kids here is overwhelming. I’ve seen more children in one day than I do in a week of private practice and they are dealing with such an array of issues.

I’m so glad we’re taking a two-day break.” All of the advice that people give to “take care of yourself” can be used when you volunteer – give yourself breaks; know when to stop; find healthy ways to relax and rejuvenate; and be sure to pause, take a deep breathe and remember that you are just as important as those you are helping.

Whether you’re checking in on a neighbor across the street, volunteering in your community with children, youth or elders or flying around the world to help orphaned children in Africa, just DO something and be clear about why you’re doing it. Audrey Blumeneau, a teacher and mother of five, originally from Chicago, joined the women who worked at The ROP Center for Street Children.

She says, “I originally went to be with my husband, who was asked to contribute to the orphanage work, but once I was there I realized I had come home to a second home. I cared not because they were orphans in a land and culture I found fascinating or because they had experienced such great loss, but because they were just like my kids. We all need the same thing . . . to love, be loved and remembered.”

A Moon Made Me Wonder