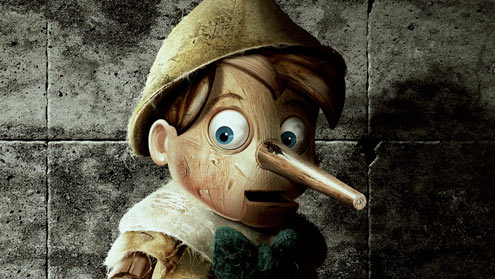 A common theme in The Grand Illusion theory is that there is collective psychology at play (I believe it is termed sociopsychological). In other words, there are behaviors and beliefs that generate from the collective, not the individual, but it affects individuals in the long run.

I have discussed several such beasts, including the belief by many self-publishers that they are good at what they do (are publishable) when in fact they are not. In this article, I want to talk about dishonesty.

The advent of flood-level self-publishing couldn’t have happened without the support of business models and technologies geared for this type of market. Amazon is a key player, of course. Because there are literally hundreds of thousands of authors, and even more titles at play, traditional techniques to differentiate quality, and to market, are meaningless.

Reader-based ratings and reviews are a free form of elevating title worth to other readers, and there are other processes in place that are based on payment (either directly, or indirectly by sacrificing unit revenue).

The problem with many of these systems, and the rating/review process, in particular, is that it is terribly easy to manipulate them. As an author, I can rate my own title in Goodreads, Amazon, etc, 5 stars. I can ask all my friends to do the same. I can even ask some of them to rate it 3 or 4 (but not too many), to make it look like I am getting a whole lot of even-handed reviews/ratings. I can even, if I want, create a few fictitious accounts and add more 5 star ratings and wonderful reviews.

I can pay unscrupulous professional reviewers to rate my work favorably (and in fact, some will rate ‘competitors’ unfavorably – a recent, awful twist). I will leave it to others to rate these different techniques in terms of where they lie on the moral spectrum, but I contend that NONE of them are, in fact, honest. They are dishonest. (Exception: if friend and family ratings are truly given with honesty).

This practice is wrong. It distorts what little value a reader-generated rating system provides to other readers with regard to the quality of titles, and it supports in the long term a parasitic class (the unscrupulous paid reviewers, and companies like Amazon who attract income from various forms of fees).

With regard to The Grand Illusion, what we have is a growing practice to use some or all of these techniques by many authors, and collectively they have convinced themselves it is alright. It is okay. Everyone else is doing it, heh?

We are including people who have self-proclaimed high moral standards in other aspects of life – Christians, traditionalists, conservatives, liberals, animal rights supporters, etc, etc, and yet they will not bat an eyelid to rate their own books 5 stars or ask their friends to rate their books (and while not specifically asking for 5-star ratings, we all know what will happen). This is truly a Grand Illusion. A delusion.

Where do we go from here? This is a hard one. I don’t think it will change while the system exists as-is when it is so easy to manipulate the system. I have discussed in other forums the belief that separating the wheat from the chaff is the key to breaking down the Grand Illusion, and perhaps such a change, such as creating something much like Rotten Tomatoes for film critiques, will reduce reader ratings and reviews to complete and recognized worthlessness, is the way to go.

The sooner the better, methinks.