Twitter and Facebook are gazillion dollar companies, who each possess a group of shareholders, a board of directors, and well-paid CEO’s who all are chauffeur driven and supplied with the best masseuses money can buy.

Why fix the wheel if it is not broken? Such conglomerates supply databases of information. If you want to contact a somebody, sign up, get an account, and you can access the method for contacting any public figure imaginable. But what if a person is afraid of Big Brother and doesn’t want to be traced. One thing to consider, in the past, when the police arrested someone, they would ask for identification, figure prints,  or information which may include next of kin, employers, or friends. 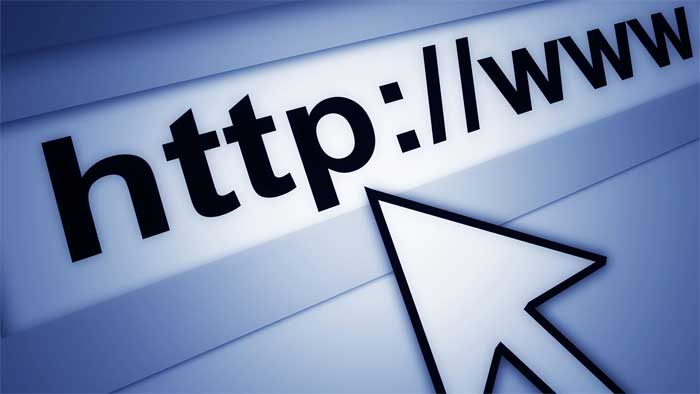 If that is not enough,  today’s law enforcement officials are in the position to now ask for email information and with that, which could lead them to access social media which has a digital trail for them to contribute to their investigations.
So you can’t lose. Essentially, social media have ignored the market niche of those who are paranoid about Big Brother. In order to expand its business properties, these multinational corporations should publish their own encyclopaedias, all with their top hot links.
As an author, I look at facebook and twitter for book promotion information. Sadly, in Canada, no one in established, literary circles is familiar with social media, including government policymakers. Arts funding for authors and publishers are targeted locally, or nationally, but not internationally. In order for an author in Canada to get arts funding

, they must have a book to get published in Canada by a Canadian based publisher and be Canadian based. Why? Because government policies for arts funding are rooted in the past. They ignore the American market altogether.  Let me create a visual for you. To get an arts grant from Toronto Arts Council, one must be based in Toronto and have a Toronto based publisher interested in publishing their work. Why? That’s the rules.
The same goes for Canada Council except it is on a national level. Government arts funding ignores the American market. To add to the confusion, Canada’s only book chain gets a grant from all grant agencies to stock Canadian books on their shelves. Heather Reisman, CEO of Chapters Indigo, gets ten million a year in grants to sell Canadian books. If Ms. Reisman is getting arts grants to sell Canadian books, she is obviously not a great business person because the American Monster book chains don’t get any arts funding whatsoever. Yet, when I go to Chapters Indigo on Bay and Bloor, there is a long shelf devoted to a library of Daniel Steele novels. Why? Its Oprah approved and it sells.
All this arts funding and Canadian books still don’t sell. Such thinking that leads to this wasting of taxpayer money to keep this system going is all old school thinking. The government could actually save money by having social media supply them a list of top, reputable book promotion packages, all aimed at the US market. Why the US and not Canada? The American market is bigger and sales would happen.
“In Canada,” said a Canadian publisher to me some time ago, “the quality of the book is stressed over book sales. In the US, the publishers look at the book sales, not the quality.” This type of widespread thinking led to Canadian publisher Key Porter going bankrupt, killing a lot of jobs. Arts funding, from every level of government, should update the rules for those old-school types in the Canadian publishing scene, who aim at a generation of authors not familiar with the opportunities available in social media.
Back in 2008, I was looking to promote my book Mystery of Everyman’s Way

. I went to the Writers and Editors Network and someone there offered to promote my book $12,000. He claimed unlimited media exposure for two weeks which would guarantee sales. This offer was from a top PR man too. If I went to the Toronto Writers Center, it would cost me $1,500 dollars a month to have a place at the center, where first-time authors were getting publishing contracts from major publishing houses.
So I went to http://www.bookcandystudios.com/ and spent $4,500 US and got this link http://www.myspace.com/authorpaulcollins which includes a book trailer, all professionally done. In 2011, I got Mack Dunstan’s Inferno

self-published. I found www.angiesdiary.com where it is free to post short stories and articles for big-name authors and aspiring writers too. It costs $99.00 US for a one year deal and I think it is a great way of getting your work out there.  In 2011, I found www.joeypinkney.com/ . For $75, his services include a separate author interview. For $25 package, he will have separate announcements for the book review and author interview on all the websites he is a part of. The book reviews will be posted on Amazon.com, BarnesAndNobles.com, and GoodReads.com.

By a strange set of circumstances, the book interview he supplied led from http://joeypinkney.com/amazoncom/5-minutes-5-questions-with-paul-collins-author-of-mack-dunstans-inferno.php to http://www.oyetimes.com/lifestyle/35-books/17615-five-minutes-with-paul-collins-author-of-mack-dunstans-inferno-by-joey-pinkney to http://www.entertainmentnewsexpress.com/1329388805,iuniverse-publishing-iuniverse-publishing-gives-25-discount-on-all-books.html to a reprint to http://www.oyetimes.com/lifestyle/35-books/18509-iuniverse-books-that-have-caught-the-eye-of-the-media . Why is this interesting? Out of 42,000 books that iuniverse has published, the Joey Pinkney book interview led to Iuniverse to select my book Mack Dunstan’s Inferno and another for a major press release which led one major publisher to post this link on its walls. This whole experience has led to the power of social media and its future. The old school of arts funding does not work anymore.

Remember Joey Pinkney did not come from Canada Council or Toronto Arts Council but from Twitter. You may ask me: “Did you submit any unpublished manuscripts, past or present, to any of these funding agencies?”

“Yes, I did,” I would say, “and they rejected my work because I did not have a Canadian based publisher. You need a literary agent to submit your work to a Canadian based publisher. I couldn’t find such an agent because agents and publishers in Canada say non-fiction sells, not sci-fi, or fiction. And that is why I found a database of publishers to submit work through www.ralan.com, or even http://everyonewhosanyone.com/ . This experience in itself suggests old school thinking must change to include social media when it comes to arts funding and for us not to ignore the American market which would help authors to survive on book sales, not handouts.”
I want to come full circle and suggest Twitter and Facebook to publish their own encyclopaedias, all with their top hot links.   And I want to take this encyclopedia to the one bloodline, reptilian cro-magnons that run the Canadian publishing Industry.

My Pitch to Big Business
The old arts funding model in Canada must change because it only benefits those who are connected.  The government should not fund the author, musician, or filmmaker.  If the rules are rewritten, the government can actually save fund and stimulate an industry, or the economy itself.   How? In the past, Oprah, or Simon, would pick the superstars.  Thanks to the internet, the average person can do that themselves.  In fact, the Internet is democratizing the publishing and arts industries.

I want to propose a change for arts funding. I want to give you an example. Imagine going to a bar, finding a great live band but this band won’t go anywhere.   Face it; the music business creates entertainers, not musicians.  My pitch is very simple. Every artist type should have a business number. Why? Let’s say, you want to invest money.  You donor the money to that artist’s business number. They accumulate enough donors, they have a marketing campaign budget, and the donor has an automatic tax right off.

Change that band into an author, or an Olympic athlete, or even into a sports franchise, or how about an indie film at a local film festival. This initiative would encourage money to come into the country and stimulate the economy and promote the arts.  If this was in place, why would a business person have money in an offshore account?  Let’s bring the arts closer to business and stimulate the economy in the big picture.  This idea could save the American economy or the European economy too.   If done properly, it can actually keep the spirit of capitalism alive.

Pat Bertram May 3, 2012 2
Rubicon Ranch More than a year and a half ago, nine authors from Second Wind Publishing got together to write a…
Society