Homage to comedy genius – How often do you find yourself laughing till you cry, or until your stomach aches?

In my own case it is currently once a week at noon every Tuesday here in England, when the digital radio station ‘BBC Radio 4 extra’ replays a half hour of priceless British humour in the form of one of the two hundred and thirty eight episodes of The Goon Show, largely written by Spike Milligan, originally broadcast by the BBC Home Service from 1951 until 1960. 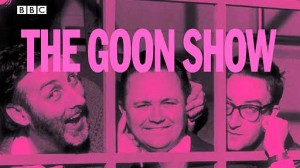 After serving their country during the Second World War, a group of newly demobbed men found themselves no longer wanted and out of work. They were, Michael Bentine, Harry Secombe, Peter Sellers and Spike Milligan.

To quote briefly from the Wikipedia page on The Goons, “The show’s chief creator and main writer was Spike Milligan. The scripts mixed ludicrous plots with surreal humour, puns, catchphrases and an array of bizarre sound effects. Some of the later episodes feature electronic effects devised by the then-fledgling BBC Radiophonic Workshop, many of which were reused by other shows for decades afterwards.”

This brief description barely touches the surface when speaking about the brilliant Spike Milligan. The man trod the narrow path between comic genius and insanity. On several occasions Spike spent time in one sanatorium or another suffering from nervous breakdowns or bouts of manic depression, unable to cope with the relentless task of churning out yet another episode in time for the weekly broadcast.

In his absence, comedy writers like Larry Stephens, Eric Sykes (who co-wrote most of the episodes in Series 4) and Maurice Wiltshire and John Antrobus, initially under the watchful eye of Jimmy Grafton stepped in until Spike was well enough to continue.

The first series, broadcast between May and September 1951, was titled Crazy People; all subsequent series had the title The Goon Show.

The show was released internationally through the BBC Transcription Service. It was heard regularly from the 1950s in Australia, South Africa, New Zealand, India and Canada, although these versions were frequently edited to avoid controversial subjects. In America, NBC began broadcasting the programme on its radio network from the mid-1950s. The programme exercised a considerable influence on the subsequent development of British and American comedy and popular culture. It was cited as a major influence by the Beatles, Monty Python (especially Cleese, Chapman, Palin and Jones, less so for Eric Idle), and the American comedy team The Firesign Theater.

Milligan and Harry Secombe became friends while serving in the Royal Artillery during World War II. Famously, Milligan first encountered Secombe after Gunner Milligan’s artillery unit accidentally allowed a large howitzer to roll off a cliff, under which Secombe was sitting in a small wireless truck.

To quote Harry Secombe, “Suddenly there was a terrible noise as some monstrous object fell from the sky quite close to us. There was considerable confusion, and in the middle of it all the flap of the truck was pushed open and a young, helmeted idiot asked ‘Anybody see a gun?’ It was Milligan.”

Secombe’s answer to that question was “What colour was it?”

Spike met Peter Sellers after the war at the Hackney Empire in London, where Secombe was performing, and the three became close friends.

Famously, many senior BBC staff were variously bemused and befuddled by the show’s surreal humour and it has been reported that senior programme executives erroneously referred to it as The Go On Show. The Goons new kind of humour had never been heard of or imagined before.

Sadly, and typically, the BBC did not appreciate what they had and destroyed all recordings of the earlier series one, two, three and part of series four. Despite the short-sightedness of some within the BBC, the Goons has remained consistently popular ever since. As of January 2011 it is still being broadcast once a week by the ABC in Australia, as well as on BBC Radio 4 Extra and continuously on the internet at ‘The GoonShowRadio’.

Take a moment to fondly remember the following characters:

Secondary characters were the ‘Indians’, Banerjee and Lalkaka, the servant Abdul/Singez Thingz, Willium “Mate” Cobblers, Cyril, Jim Spriggs, Little Jim, Flowerdew and Chief Ellinga/The Red Bladder – both played by Ray Ellington. The traditional plots involved Grytpype-Thynne and Moriarty getting Neddie Seagoon involved in some far-fetched plan, and meeting the other cast members along the way.

Do you recall these classic catchphrases?

“You dirty, rotten swine, you! You deaded me!” (Bluebottle)

“You silly, twisted boy, you.” (Grytpype-Thynne)

How’s this for an example of pure Goon logic – “If you drop a bundle of 1918 calendars on German troops in 1916, then they will all go home, thus shortening the war.”

Without my weekly half hour of side splitting laughter at the antics of the above characters, life would simply not be worth living.

What Constitutes Humour These Days?