No, we were not the first to speak about what is roaming around in our mind, our thoughts, or pictures we want to draw so not to forget.

I would like to take a moment to quote Mark Twain:
“In attempting to represent some character which he cannot recall, which he draws from what he thinks is his imagination, an author may often fall into the error of copying in part a character already drawn by another, a character which impressed itself upon his memory from some book.  He has but made a picture of a picture with all his pains.  We mortals can’t create, we can only copy.  Some copies are good and some are bad.” – Mark Twain 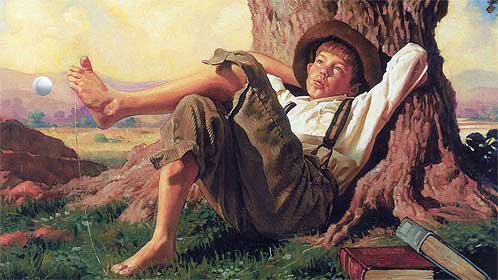 This statement was told to the press in North America in 1895 – during one of his thousands of interviews as he traveled the world.  Although I respect, even have such admiration for Mark Twain, but this quote does not seem to fit the man.  Mark Twain himself was a character in his own right.  Few ever tried to be as he, or look as he appeared as he grew into his older years – a handsome man to say the least as a young writer, one who traveled and learned by investigating life, the world, and the land we walk.

You see, perhaps Mark Twain was referring to fictional characters and not non-fiction – because there is only one you, or me.  In this day, and age, the writers are coming from all walks of life, in every genre, and someone who is writing a memoir about someone or themselves – needs to walk in their shoes, if you are a ghostwriter, and know how they breathe.  There is no other person but the one you are writing about who fits into those shoes.  So Mark Twain, and his wonderful work, had the knack for creating fictional characters – but his statement did not tell us this.

As you continue to read the interview you find a switch in his attitude, even his tone of voice I can hear in my own head –

“Well I rather enjoyed writing them, the characters were no creation of my own.  I simply sketched them from life.  I knew both those boys so well that it was easy to write what they did and said, I’ve a sort of fondness for’em anyway.” – Mark Twain

Mark Twain was using his memory, his own vision of two boys he knew quite well when drawing up the characters – so this is why so many genres’ can be twisted and turned into one another for another book, or another project.  Mark Twain, could very well have written a true story, a memoir, of his boyhood friends. He took what he knew and created fiction where all his words could explode on paper, and this energy changes the attitudes of two friends he knew but needed more. Tom Sawyer and Huck Finn would have been two entirely different characters if real – and perhaps we may never have heard of them.

As fiction continues – it became another story – this Tom Sawyer, when a reporter in Portland, Maine approached the author about his new book, and asked him about the character.  The reporter believed Sawyer was the name of a real person who lived in San Francisco, someone Mark Twain met while visiting a bar, and Tom Sawyer was the bartender.  Mark Twain informed him of the comment above – and laughed a bit;  I can see him in his white suit with his hands, or perhaps the four fingers in his pockets of the jacket, maybe rocking back and forth.  He told the reported Tom was no bartender, and he never slapped a bar tender on their back announcing I would write a book about them.

You see, stories are floating everywhere, it depends on how you want to play the part – because if you can’t walk in those shoes, shoes which fit the character to a tee – then you can’t write a story no matter the genre’ because the expertise is in the detail, knowledge, and pure comfort within yourself as you write.

Polished writers know all these things but it makes writing a bit more interesting when you can relate to a great man who never made enough money by only writing, he spoke as a storyteller and drew the people from far and near.  His mind never stopped creating – his world was in his own mind – one of imagination.

Have You Ever Spoken to the Dead?