World Chess Champions have been relatively few and far between, as the official title did not exist until 1866 and some reigned for long periods.  However, this elite class of players, many personally unknown to one another because of temporal realities, shared much in terms of personality and lifestyle.

Chess at its highest levels is a grueling pursuit that requires monomaniacal focus and intense and continual study.  Nearly all World Champions have been solitary figures whose virtual addiction to the game has prevented them from exploring or participating in many facets of life that most of us take for granted.  Further, very few have distinguished themselves in any other arena, be it sporting or professional.  No time for that. 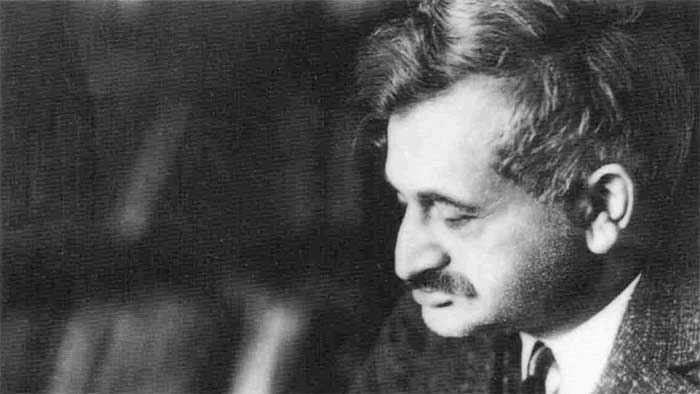 But the shining exception is German World Chess Champion Emanuel Lasker, who held the coveted title from 1894 to 1921.  His 27-year period of ascendency featured not only a striking dominance in chess (he won every match he played and nearly all tournaments) but accomplishments in fields of intellectual endeavor far removed from what he modestly called “our little game.”

His reign as champion featured lengthy breaks, uncharacteristic of any other top-level player, and during these interims he accomplished much.  In 1902 he earned his doctorate in mathematics, and during this period he taught, lectured, and published widely on the subject.

He also followed a profound interest in philosophy, and published frequently, including his Kampf, a relatively short but dense booklet in which he attempted to create and promulgate a general theory of strategy which would be applicable to all competitive activities, including intellectual games as well as business and war.

Lasker excelled in other games of strategic planning including contract bridge and the Japanese game of Go (which many consider the world’s most intricate and challenging game alongside chess), and wrote on these as well as other card games and a game of his own invention, Lasca, a complex variant of draughts (checkers).

In chess he pioneered a psychological approach to play that was unheard of at the time but has been written about and practiced by many in later years.  Although he never wrote about his psychological approach to serious chess contests, it became increasingly clear to aficionados of the game that there was something beneath the surface in his inimitable style.  He would play the player as much as he would the positions on the board.  Consequently, he would often choose opening variations and later continuations that were certainly not objectively the best, and he must have known that—but they were selected to set the greatest difficulties for the particular opponent based on Lasker’s analysis of that opponent’s playing style and natural temperament.

In his own time, opposing players and chess analysts kidded—not always in total frivolity—about the learned doctor’s apparent ability to mesmerize or actual hypnotize the player across the board from him, but later scientific studies into psychological realities and strategies puts the lie to his contemporaries’ grumbles:  he was merely advanced beyond his era in various aspects of psychological maneuvering, perhaps even adapting some ideas and methods from Freud and other pioneers in human psychology who were theorizing and writing around the turn of the twentieth century, the period of many of Lasker’s greatest chess successes.

Among Lasker’s personal friends and friendly debaters on matters of consequence was Albert Einstein.  In fact, Dr. Einstein contributed the introduction to the definitive biography of Lasker, written by J. Hannak and published in 1952.  In that preface, Einstein spends about one-third of it attempting to refute Lasker’s criticism of the theory of relativity Einstein developed.  It had been argued by Lasker that the theory was flawed since the speed of light was limited and perhaps inconsistent due to particles in space and that there was not a perfect vacuum

.  Einstein disagreed at length, though noting in the introduction that it was stunning evidence of Lasker’s “strong mind” that he should have thought of that objection, non-physicist that he was, immediately upon having the theory explained to him.

Chess champions are noted for playing great chess, but almost none for anything else.  Emanuel Lasker

was not only the exception to that rule but was, for practitioners of “our little game,” a Renaissance Man and our humble answer to Leonardo da Vinci.