Only yesterday I watched a special concerning our nation’s gun law debate, the Gifford’s were guests, appearing on a talk show.

I was astonished at the attitude regarding the debate which is taking place, and most of all, the situation Ms. Gifford was placed in during this time.  Her anger is locked inside as she sits quietly, only to speak when she believes her husband is motioning; it’s time.

When she was asked a question she automatically turned to her husband, to be sure her answer was the correct one, how obvious.  She had no memory, she could not recall the shot, probably the entire day, as the news tells us she owns a gun like the one which was used to kill her, but, she survived.  And their commentary continues; did the shot sound like that?  Followed by a few clips of her husband while he was target practicing using the identical gun. Gabby and her mother watched. 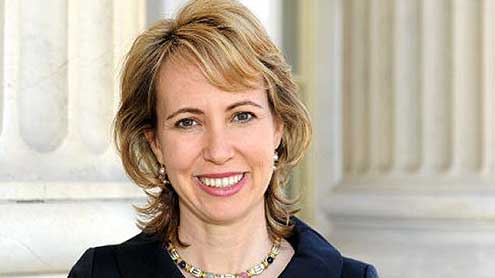 Perhaps this was to prove how important it is to register a gun, as congress and senate will review the third amendment.  It was Gabby’s husband who pointed out, registering a gun at a gun show, or gun shop will not make a difference and this is where I had to write my peace –

You see, as I have heard today, wrote yesterday, your neighbor or friend could let you borrow his gun, and do you really know everything that goes on behind closed doors?

Imagine in history when the third amendment was written, during the 1700’s when everyone protected their property and life from everyone, since having a gun was as normal as shooting an apple from a tree.  It was frontier time and guns were then as common as owning a car is today.  To examine this issue with an amendment from the 1700’s is completely out of sorts.  Note:  This isn’t the only amendment with such rules, outdated and needing a complete makeover.

In this day and age you will be forgetting the most common way of obtaining a gun, from a friend.  Will this friend register the gun to you, check your background?  Of course not.

In my mind we have grown from the frontier times, and “We the people,” do not leave the house carrying a gun, or wearing a holster.  We do not bring them to our office, nor do we keep them in our cars.  We have grown by leaps and bounds since the frontier age, but the amendment remains the same.

The big mistake, millions of people who can trade off weapons in a living room.  We are talking about one friend handing another a gun and telling them, “Hey, try this one, it works better, more power behind it.”  We are not taking weapons from our closet in the morning and going to war, but we can’t stop Joe from telling John what he believes is better, and telling his friend to try it out.  In the long run his friend may have other intentions; no one knew he was suffering from a mental illness, and guns carried by those who are mentally ill, fine in one state, and against the law in a neighboring state.  Another part of this frontier amendment needing change.

While the debate goes on concerning registering the weapon, what about the type, who is allowed, and the waiting period.  Is it true, at a gun show it takes a phone call and the gun is in your hand.  How much can they find out in a couple of minutes?  And, if the gun show is held in a state where the laws for registration are different from another, it makes no difference at a gun show.

We are dreaming if we believe we can do away with guns, this will never happen.  I understand many people do protect themselves and others regarding circumstances beyond their control, and a sport, one richly loved in this country will not be taken away – we are looking for safety, and safety comes from many directions.

Tonight while congress is in session, debating on background checks, it reminds me of the other issues where we need to step up the rules and regulations to protect the people of this country.  Tonight no matter the outcome, Joe can still let John use his favorite weapon.  And, John could be someone suffering from a hidden illness, and can have plans to do more than hunting on his mind.  Even his best friend won’t know.

We rush, as a country, to push amendments one way or the other – where the power is at the time, without taking the issue and breaking it down to smaller issues within the main topic.  This is one which needs time, not a couple of days bickering.  All and all, nothing is changing.  Yes, I can return to my normal hunting spot and spend hours waiting to stare through the barrel of a gun, it’s a hobby.  We cannot simply let guns float from one to another regardless of relationship[, but if you want to collect money for this country which is in bad shape, slap a fine on those without a permit to carry, and I mean carrying the right gun.

Tonight I am amazed how they used a woman who suffered, lost her life as she knew it, as a prop in the game.

Any husband who went through the tragedy he went through should not be on national television showing off his target practice.

We must look at this as a show, not a news story.  This was a woman who will one day have a movie and book, and has been told to tell the country the gun shot, not even a memory, and the gun – well she owns the exact one but has forgotten how to hold it.

We must look at this issue for the protection of all people, not a showpiece, not one person’s willingness, and unknowingly at that, to answer questions on National news.

I hope whatever happens regarding this issue it will begin to protect the people of this country, the families and children.