I was looking at the prospective candidates for the Republican party the other day, to say there are some strange ones, is a bit of an understatement.

Being a foreigner I always take an interest in American politics because what your country does has an effect on so many others and choosing the correct candidate makes me feel just a bit safer, and picking the wrong one scares me, I like to live in a safe world.

Picking the chafe from the wheat, it appears you have Five prospective individuals who could present a challenge. They are, in no specific order, Michele Bachman, Gary Johnson, Tim Pawlenty, Mitt Romney, Rick Santorum.

I will do this in beauty pageant style, last to first, in my view. I know that many people will disagree but that’s life. 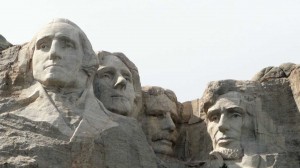 In fifth place, Mitt Romney. He has tried for the nomination on a previous occasion, does not have the aura of invincibility, having been rejected by his party faithful last time out, not a grabber, no air of the great orator, doesn’t inspire.

In fourth place. Rick Santorum. The two-time senator from Pennsylvania, a proven winner but the last time out he got hammered, the most losing-est senator ever, why? what did the voters see, was he just another political hack, in for the ride, who knows, as the heat intensifies it will come to the surface.

In third place, Gary Johnson. not that I don’t think he would make an excellent President, because he would, but I just cannot see the Republicans selecting him, his views do not match much of the modern party, and he is divorced, he did a great job in New Mexico for two terms, got a lot going for him.

Second place, Michele Bachman. Charismatic, got the sparkle but she belongs to a party inside a party, not a healthy situation, could she carry the independents? I don’t think so, her adoration of GW indicates that the media will go out to get her, not a good way to fight through the primaries, she will be close but not close enough.

And now my beauty pageant winner is, Fanfare. Tim Pawlenty, good marriage, sound religious convictions, and a winner! Two times Governor of Minnesota, turned the budget round, brought consensus on health care, and not a bad communicator. If the Republicans want to put together a solid performance against President Obama they will need to be totally united and a long drawn out battle in the primaries could be damaging, time to pull together.

One last point I would like to make, if the candidate can only say, it’s all Obama’s fault then they should not be standing, they need to focus on their own personal traits and good points, also the policies they stand for. If they just keep harping on about Obama, it gives him more publicity, and shows you are scared. Scared people do not win.

Ogho Eberekpe Sep 26, 2010 1
Earthly Pleasures Again, Mokwele stared at his family lying down. In the abundance of everything that is good…
Publishing