The Rich, Middle Class, and…

No one has fallen off the cliff but It isn’t over by any means and the numbers in the Senate do give the President a chance to push some bills through, and the added numbers in the House are helping. 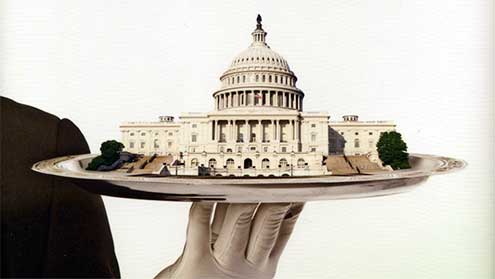 There was a time, for forty years, when the House and Senate seemed to get along, but if you recall the House was never controlled by the Republicans, not for forty years.  When they finally returned to beat the democrats in the early 90’s, they began to play games with power, power that was planned during their forty year break.

Government is not what we see on the outside – perhaps this is why we have so many from the outside who report from the House, Senate and White House – to try to keep us informed on what is happening behind closed doors.

When you have taxes raised by any republican you can bet the favors are with large contributors who want something in return – knowing the country has been in an uproar for months; before the election of President Obama, and since our President won for a second term.  With heads together they came up with a plan of their own, a plan which was included in some bills which did pass on New Years Day, but many are in the works as I write.

Since when have we seen anything but “me” instead of “you” from the GOP?  Think about the past, regardless of the way we got there, but what happened to get there.

Now the fiscal cliff will be a weeping willow draping over the Capitol but never touches the ground.  It will be delayed for reasons by each party to complete all the issues – and delay is welcomed when it comes to information given to the public about their lives – care – and well being.  Yes, it is time to tell us what you are up to, not tell us what the end is.  Perhaps the people’s voice was heard this past November.

As we begin with new members in the House and Senate, we wonder where their heart is, with the people or with their contributors?  It won’t be hard to figure out.  We know it will take time if Obama has his way, perhaps he is right, I want to be part of this government, listen to change, act on it, speak out.  You see the American people are mad because far too many things were planned before we even knew change was in the air.

If we are told the truth we could benefit from facts.  But remember – the numbers did change by a large amount to stop from falling the first time – from $250,000 dollars in income up to $400,000 in income.  Giving more people with two people from the same household a break from being taxed.  With two people working these days the difference in income can be from the highest to something as low as $40,000 dollars – at the lower end of the pay scale.  So the average (what is average) American family will not be taxed, yet.  But remember this doesn’t mean their income is not taxed.  So the lower class is still taking a beating.  Doesn’t it seem like it never ends?

Who benefits from this, the GOP does not want to tax the rich – and the Dem. believe that making below 250,000 dollars you are in the category of poor.  You see, there is no longer a class known as poor according to the division of taxes.    We have been cut from the rich to middle class in this country – citizens have always fit into three groups; rich, middle class, and poor and we do have three individual groups when it comes to income.  Perhaps by not mentioning the poor it can rest easily on some hearts.  I know this isn’t the first time you have heard a statement like this.

The rich – and the middle class is how we hear it, but we have a huge difference in income and needs within groups.  I bet you could survey those in your neighborhood and find three different groups who live near one another or at least close to each other.

Some members of the house don’t see people, there is no difference in the minds of some legislators between the couple who makes forty thousand a year, to the one who makes four hundred thousand dollars a year – because their income, regardless of the amount, is still taxed.   We have accepted this fact, and know by contributing to the government certain entitlements are given back in time, or if a disaster hits, there should be assistance, but this too we have found to be a hard hill to climb.

We hear the Governor of the State of NY begging for help, and the GOP wants to lay more burden on the states?  We know people are doing without heat in N.Y. and costal communities since Sandy hit, it’s been months, let alone those from the south, who have suffered for years.  The people should come first and foremost, not a war that cannot be won, not death for reasons unknown, not for travel by members of the house and senate for vacations, but for life, and life alone in a free country where people help one another.

I said from the beginning the entire Fiscal Cliff was something to use as a hanger until all the seats are in place, the politics begin, and issues are worked out –  one by one.  I don’t believe anyone should hurry when it comes to solving something which has taken so long to mess up.  And, yes they should consider this country as three groups of people, and not do away with the average American and remember the poor.

This Congress has a great deal to work on, but will they work together – that’s the big question.  I never thought they would work on something so quickly – it tends to bring up concern for the future.  The main reason for the title of this article, “What will fall first.”

IFWG Publishing Sep 14, 2012 2
A writer should understand to a point of second nature that writing a piece of fiction is the art of simulating…
Publishing