The Power of a Story

I’ve been writing a long time, actually full-time since 1991. My primary focus has always been fiction because it was my “first true love”.

In 1995, my best friend and I lost contact with each other for a variety of reasons. In 2009 I felt a “nudge” to find her again and so I did. And that was the beginning of the most fascinating story I’ve ever had the honor and privilege of writing. My friend is a survivor of the Oklahoma City bombing. On the day of the bombing, she was attending a training center in our nation’s capitol. 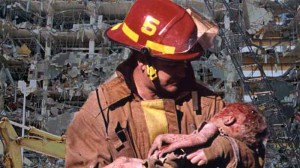 One of the bombs blew right through her desk and she lost 38 colleagues and coworkers. It was the beginning of a long journey for her and so many others. She asked me to tell her story because hers took a different turn when she befriended (and forgave) Terry Nichols. Subsequently, she would ask me to communicate with him and so I wrote him. They say that life is full of surprises, but I like to believe it’s more than that. It’s about the destiny of a story–and the power of its truth.

As the journey to write the story began, it became so much larger in its lessons and its “voice”–the messages that needed to be imparted to others. Along the way, I would reach out to a survivor who lost her three-year old daughter in the bombing and who was seriously injured as well. She had another daughter who survived the blast with minimal injuries. Each of these survivors were, and are, unique, in that they gave a priceless gift to Terry Nichols–forgiveness. And as for Terry Nichols, he has never spoken to the world, that is, until I wrote this story.

At first, I thought I would go the traditional route in publishing it but then I discovered a message so profound and yet complex, that I didn’t dare let the integrity of the story be compromised. I continue to say that books do change us–they change the reader but you can bet they often change the author. And sometimes, when you are writing a story, it’s important to remember that a story is worth fighting for–and it’s always worth fighting for when you need to bring the truth to a collective audience.

I have been writing full-time since 1991 and have published several novels in soft cover and audio. I am also the owner of my own publishing company for several of my projects. I have just released the nonfiction book "A Heart Set Free (The Terry Nichols Story)" at the Kindle Store on Amazon.