I once belonged to a psychic development group. In this group we would practice reading to each other, using whatever medium the individual felt strongest at.

, visions….anything that worked. One day a new man came into the group. He was interested in becoming a professional psychic reader and offered us a reading if we agreed to spread his name around if we liked the readings he gave us. 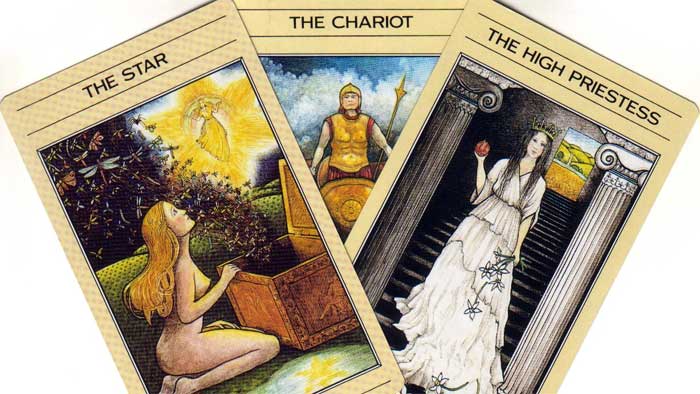 During my session with this man, I asked about my deceased brother, Andy. I left my query open like that, simply saying “what can you tell me about my brother Andy?” The psychic new that Andy had passed on and, he said, Andy was especially protective of me when I was traveling in the car. Fitting, I thought, because Andy died in a car accident.

We went on to talk about other things and the psychic casually mentioned my four siblings. All brothers, he said. I politely corrected him. I don’t have four siblings, I said. I have two brothers and a “spiritual” sister. Nope, the man said, there are four siblings. The other two are sired by my biological dad.

Quick fact: My biological father’s name is Rusty. I haven’t had contact with him in about 15 years for reasons I won’t go into. In short, it was the healthiest decision I’ve ever made for myself.

I was quiet. I didn’t want to be rude and outright dismiss what he was saying, but wouldn’t I know if I had two more siblings out there? The man said that they were both boys and that Rusty didn’t want anything to do with them. He had essentially abandoned them.

At least I tried to. A sister’s instinct is much like a maternal instinct, especially if that sister is the eldest child of the family. If these brothers exist, are they all right? Healthy? Happy? Eating well? Staying warm? Are they safe? I hope the answer is yes to all of these questions, but there is no way for me to know. And then the big question hit: do they know about me?

In came a rush of more questions: if they know about me, how do they feel towards me? Hate me? Love me? Don’t give two squirts of rat piss about me?

And the question that always makes my heart feel heavy: are they looking for me?

As hard as I tried to dismiss the psychic’s news about these two new brothers, I couldn’t. In the psychic development group, I began asking about these rumored siblings. I tried to keep the questions open, not wanting to lead the reader. I heard that the boys lived with their grandmother, yes they know about me, nobody was sure if they wanted to find me, one of the boys may be named Matthew, nobody could see where they were raised or how old they are, nobody knew where Rusty had met their mother, yes I would met them one day….

No concrete information was revealed, and nothing was told to me that would help me determine if these brothers even exist or not. Again, I tried to toss the whole idea out, and again I failed.

At night, in bed, the thought of the brothers knocks at my mind and taps my imagination. In my second book, I wrote of a similar instance where a sister is introduced to a brother she never knew she had. The story takes a dark and sad turn because I’m a dark fantasy writer. Dark is where my stories always go. But it was an outlet for my subconscious, an outlet that got plugged once the story was finished.

Over the years, this notion has stayed with me. I’ll put it out of my mind for a while, but it always comes back in full force. I just can’t shake the feeling that someone is out there, someone I’m related to, someone I need to meet. But in my intuition, there is only one brother. Not sure why I feel there is just the one and my sincerest apologies if I’m wrong.

Because I can’t shake this feeling I went on an internet search and posted the information I have on various websites. But let’s be honest. The only thing I have to go on is that these brothers (or brother) may exist. I don’t know their ages, where they were born, where they live, or even their names! I’m on a quest to hunt down the possibility of a shadow…

Which is never easy. Besides, try telling people that you’re on a search because of something a psychic told you. I look like a fool. But if I have more brothers out in the world who have been abandoned by our common genetic link then I will look the fool as long as it takes to find them. And if I don’t have brothers out there, well….I’ll look the fool for no other reason than to say that I tried.

In my mind I imagine our moment of meeting to be joyous, full of hugs, tears, smiles, and love, but in reality, I know that it may not happen that way. The boys may hate me, they may want an explanation that I can’t give, they may never want to meet me at all. They may not give a crap that I exist. But I can’t focus on the negative possibilities, rather I have to believe that if they are out there and we do meet, that we will know one another right away as family and our bond will activate immediately. I have to believe that our love has already formed it just hasn’t connected yet.

Tidbits or clues that may help other searchers and seekers:

Genetic link’s name: Rusty
He was in the Army and has lived in Colorado, California, Massachusetts, Alaska, Honduras, Panama, Germany, Virginia (worked in D.C.), and he spent a chunk of time in Russia, but I can’t recall if he technically lived there or not. He may have lived in other places, I don’t recall.

UPDATE: The morning after I wrote this, a psychic was taking questions via the radio show we listen to at work. I called in figuring that if the universe wanted me to know then my call would go through. The call went through. I told the psychic that there were discrepancies about how many siblings I have. She said that there is more than my two brothers, that I have a sister who is older than me and born in a different country. She said that Rusty knows about this girl, or at least knows that she is a possibility. On an intuitive level, I didn’t feel that this psychic was all that accurate. Plus, she was a bit condescending, which is always irksome.

Horror, dark fantasy, thriller writer who lives in Colorado USA and looks forward to traveling the world one day.