Our representatives are having a difficult time representing us because of  their obligation to satisfy special interests. We elect representatives to  support or reject bills based on their merit, not as an opportunity to lend  their support, using the inclusion of pork-barrel projects as the hook, to  garner more votes helping pass undesirable or controversial bills. The Patient Protection and Affordable Care Act is such a bill. It is controversial and  loaded with billions of dollars of projects not related to health care.

Earmarks, pork, and pork-barrel projects are all the same. They are pet  projects inserted into bills by representatives who want to either bring home  lucrative projects to their district or state; or throw a bone to a special  interest group. Adding pork-barrel projects and other add-ons to get support in  passing a bill has become standard protocol for passing bills into law.

This is blatantly obvious in the recent $900 billion spending bill containing  over $8 billion in pork-barrel projects; mostly providing funds for projects  that benefit special interest groups in return for that group’s support or  campaign donations. 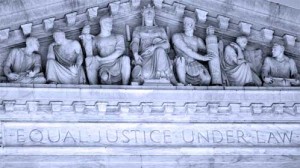 The bill would never have passed without the inclusion of pork; there was not  enough support to pass the bill. Used as an incentive tool to procure a vote,  they are accepted, and inserted into every major bill. Most of us have no idea  this is happening because it is usually difficult to see amongst all the  political and legal jargon and representatives rarely mentioned these  projects.

In 1994, pork began being used as a currency of re-election; since then they  have transgressed to include a currency of corruption. The influence of big  corporate and private monies supporting candidates undoubtedly, has an influence  on the “you scratch my back, I will scratch your back” mentality that has led to  payback and corruption.

Our representatives have been running amuck for years, proposing ridiculous  pork-barrel projects that have become a drain on the Treasury. In 2010, there  were over 9,000 earmarks costing $16.5 billion. Recent projects include:

Favorite Projects: $19.0 million to examine gas emissions from cow  flatulence. $1.2 million to study the breeding habits of the woodchuck. $2.0 million to construct an ancient Hawaiian canoe. $57 thousand spent  by the Executive Branch for gold-embossed playing cards for Air Force Two.

Not every project is a waste of money; some are actually beneficial. However,  projects that are ridiculous or the intent is obvious should never be funded.  Those in the Congress who submit and those who approve them need not be  embarrassed; they need to lose their seat. Above is only a sample of the  ridiculous projects the members of Congress approved.

Representatives, who tend to lean toward satisfying special interests more  than the people they represent, raise a “red flag” calling for legislation to  curtail projects that benefit no one, except those who are the  beneficiaries.

Maybe the answer lays in the formation of a Special Congressional Committee  to submit official requests to fund state projects, non-profit organizations,  and pork-barrel project recommendations by members of the Congress and the  Executive Branch.

The Committee would compile a list of all requests for consideration, with  the highest priority assigned to state projects, next non-profit organizations,  and last pork-barrel. A specific timeframe established for receiving requests,  allows the Committee enough time for review and hearings, prioritizing projects  based on fiscal budget, and presentation of recommendations for consideration to  the leadership prior to floor discussion and vote.

A Committee solves 90% of the bias, eliminates the influence controlling the  currency of re-election, and curbs the currency of corruption. A committee is  highly visible and its activities are public record. Scrutinizing and  eliminating pork-barrel projects that benefit few, takes pressure off  representatives from lobbyist and special interests. If representatives cannot  make deals and submit pork projects padding bills, special interest influence  would decrease, and maybe, Congressional approval will set a new record for  approval in this century,

The biggest benefit derived by a Committee; bills brought from committee to  the floor would not be laden with pork, nor would there be a need to barter  votes using pork-barrel projects as an incentive. The emphasis shifts to  drafting beneficial bills that are competitive to become law, based on the merit  of the bill to benefit the whole. The passage of bills into law would be greatly  accelerated with congressional emphasis focused on the bill. The biggest benefit  of all; we would no longer have to pass the bill to find the pork-barrel  projects hidden between the lines.

No matter what you write, someone will love it.

For additional information please go to Citizens Against Government Waste at http://www.cagw.org/reports/pig-book/2010/

Mac McGovern was born in Dubuque, Iowa and lived there most of his youth. Most of his adult life he served in the US Navy, retiring in 1995.

Mac has varied experiences in the US Navy as a Chief Hospital Corpsman, Cardiopulmonary Technologist, Director of the Naval School of the Health Sciences Cardiopulmonary Technique School and of the Encephalography Technique School. He developed and implemented "The Competency Based Instructional Systems Program" for use in all technical training programs in all military services. It is still the standard in use today. He served as a Medical Recruiter, Educator, was the first Master Training Specialist in the Navy and is a State of Florida Journeyman Recruiter. As a civilian, he worked as a Home Improvement Executive, and Licensed Florida Roofing Contractor. He has written and published a book of poetry and utilizes his extensive knowledge in writing poetry, articles, and blogs.

Mac writes from the heart and is influenced somewhat by what he sees, feels, hears, and to a larger extent, what is gleamed from his minds eye. Today, Mac resides in Pensacola, Florida with the inspiration and love of his life, his wife Sandra.

In May 2011, he began developing a new poetic form called "Interchanging Poetry." A narrative combining poetry with discussion, debate, dialog, or description; using poetry to emphasize the narrative. The purpose, to develop interchanging literary devices to enhance poetic discourse.

Pat Bertram Feb 28, 2013 1
Here are some responses from other authors about how their environment colors their writing. The comments are taken…
Psychology