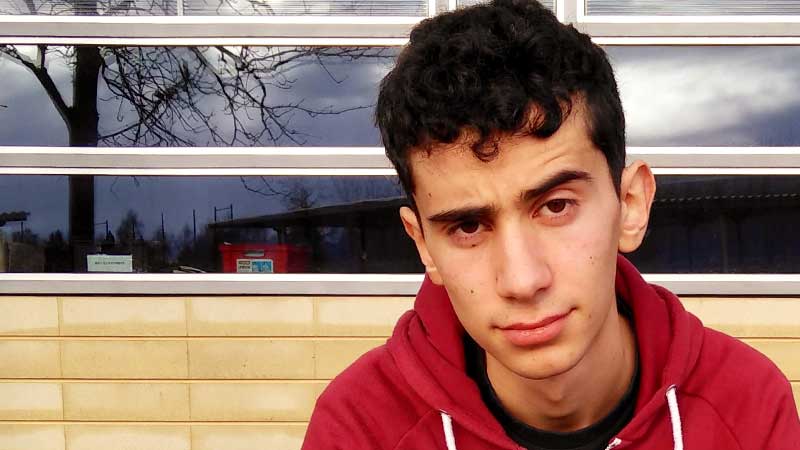 I’m little, I’m yellow—but I’m not really so very different. I was actually the type of young stalk to make any parent proud. I was straight, I was sharp (or at least had the potential of so being), and I never ever wrote on walls, even as a boy.

How I got myself stuck in the fix I’m currently in, with my very life slipping away, the seconds running out on me, my whole life flashing before my eyes—well, life is just unfair, I suppose.

I’m being held hostage by a nerdy, pimply 17-year-old guy, and there’s a physics test coming up soon. Now there’s a formula for destruction! I’m definitely a goner.

Still, I believe I have time to communicate a few things to you—from my point of view. (Well, even as a youth I figured I was cut out to be a writer. In fact, I always had a good, healthy self-image, and always imagined great things for my future. To this day, I can’t fathom those who think lowly of themselves or their capabilities—like the kids in my high school who were always proudly chanting, “We’re Number 2! We’re Number 2!)

I started life in a small manufacturing plant in Dayton, Ohio, not really all that long ago. After I was only hours old, I was summarily packaged and brutally hurled into a truck. I was fortunate, however, to have been packed in with several others of my own type (or should I say my own writing)—there was another yellow, two reds, two greens, and two whites. We chatted amiably for a time, even though we grew a bit uncomfortable and sweaty in that cramped container.

But as the long ride to Boynton, Massachusetts, went on, the discomfort of our close quarters began to tell, and tempers started to flare. It was two against two—that kind of age-old disgrace. Prejudices surfacing. It got so bad I thought there might even be an erase riot! Very scary it was, and quite unnerving.

Luckily we all calmed down after a while, and no one was rubbed out.

But I must now, perforce, skip certain chapters in my existence and come to the best time of all, for I fear the bell I just heard betokens ill for me, and I may have but little time…

I’ll never forget my first sharpener. Her name was Absco, and she was just beautiful! So sleek, so modern, and so clean. And she certainly was right in my line, as they say.

I remember the initial flirting and her saying coyly to me things like “Well, I would if you would,” and stuff like that. Gosh, I was getting excited. And pretty nervous, truth to tell.

I don’t know how to describe to you those glorious sensations I felt during our admittedly brief moments together (well, it was my first time, you know, and maybe even hers—I’d like to think). It was brief but quite intense, as you may imagine. (I even think that maybe, if you won’t consider me a braggart, that if the walls were thin, we could have maybe been heard in the next room!)

Afterward, it was odd. I felt more of a man—but also somehow less. Isn’t that weird?

I only pray that some of those little shavers we produced on that blissful afternoon can have the chance to grow up and have a better and longer life than yours truly, and that there will come a day when all pencils, regardless of national origin, religion, or color, can lead long and fulfilling lives, and that when they are about to expire, they can truly say that they had their writes.

8 Signs That You Are Wearing The Wrong Lingerie