The Inexhaustibility of Chess

Certainly, a game featuring a specific number of pieces, which move (although variously in their functions) in a limited number of ways, on a board of 64 squares only, must be finite in its possibilities of variation.

The number of legal positions and of potential differently played games simply must be absolute and measurable.

All true enough. We need no mathematician or statistician to demonstrate. Logic dictates the conclusion. Chess cannot be as limitless as life itself. 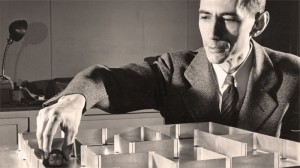 I would offer that the average intelligent non-chess-playing layman if asked about such matters, would respond in something like the following manner: “Well, obviously there must be thousands of possible games and positions, maybe even hundreds of thousands, but I think that may be pushing it….”

In the initial “array” (the set-up of the 16 pieces for each side in a traditional chess game) the player with the White pieces chooses among 20 possible moves to start the contest. Regardless of the move selected, Black has 20 in reply. How many possible positions have we after only one move on each side? Not 20 plus 20, but 20 times 20—or 400. The surprises of cold, calculating mathematics are already beginning to assert themselves.

Are we dizzy yet? Just wait.

The average chess game is somewhere around 40 moves for each combatant. The number of possible 40-move games has been estimated at between 10 to the 43rd and 50th power, staggering totals that approximate the number of electrons in the known universe.

In 1950 American mathematician and information theory pioneer Claude Shannon, dabbling in and advising concerning chess computer programming, arrived at what is now known as the Shannon Number. It approximates the game-tree complexity of chess (including battles that may last far more than 40 moves, always a distinct possibility in both tournament and offhand games) at over 10 to the 120th power.

So, is chess finite? Must be. Logic dictates. But maybe just a little broader than you thought.

Review of The Ship Infinity