The Dilemma of Reviews

It has taken a while but I am grateful to have the ability to create a new understanding of what should be done by a writer to ensure that you get the necessary sales.

It is not simply dumping your book with the publisher and washing your hands of the progress of the book. There is however the confusion of deciding on the appropriate type of review for the book. In the beginning I had assumed all that was needed was just getting a review done. One thing quickly became evident when those I gave Numen Yeye to had problem understanding what I was talking about. There were people who said the exotic nature of the book appealed to. 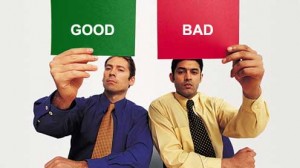 The next issue that I am learning is that reviews are as personal as the human mind. Some reviewer accepts that he may not have an idea of what he wants to review and is honest enough to state clearly that he doesn’t know what you have written. It doesn’t imply that he thinks you’re ate a bad writer. However, I tend to be puzzled by a review that I’d to my mind a vindictive review when you score a creative piece a lone star. I wonder at such.

Over time I have received a fair mix of reviews. I am really excited about my passion for creative writing, you might even see it as an addiction but I also think it’s important to understand about reviews and learn more. I find it hard to be unnecessarily harsh and cruel in condemning the sweat of a writer. At the least, it is better to state that the work does not resonate. A friend gave me a new word; he said he could not wrap his head round the book. That was nice of him and I respect that honest comment. Come to think of it, he was into romance and Numen Yeye is not really about that. Do you think reviews are meant to strike discomfort into writers? I really don’t know.

To them. My friends from my part of the world wondered why I gave it a universal approach. My answer was simply to explain that the themes explored in the book would fit into most parts of the world.