The Case Of The Disappearing Scones

During your lifetime, inevitably there will be one being who touches your heart and makes your life whole. In my case it was, and still is in my memory, my black Labrador-cross Blackie.

I was in my twentieth year when, one day I was walking back home after spending my Saturday in town. As I headed for the bridge across the Waikato River which divides the New Zealand city of Hamilton from the eastern suburbs where I lived, a pair of large brown eyes surrounded by the silkiest black ears, supported by four huge paws, stared out of the pet shop window at me.

To say it was mutual love at first sight would be an understatement. Within five minutes I was carrying this inky black bundle of joy in my arms heading for home. I knew my father would not be impressed, but I didn’t care – mum would be.

Typically, Blackie like most animals bought from pet shops had worms and fleas. But once Mum and I had taken him to the vet he had a clean bill of health. 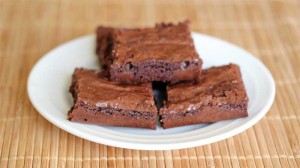 I still laugh when I think back to those early days in his life. At four months, Blackie had full developed adult paws, tail and ears. It would take him another year before he grew into his body. By his first birthday, even my father had reluctantly taken a shine to him; although the feeling was definitely not mutual. Blackie was a good judge of character…

During the day my best mate kept my mother company, laying at her feet with one eye open, just in case she decided to do some baking. More than once scones went missing from beneath the tea towel that covered them as they cooled. By this time mum was suffering from cancer and the chemo-therapy sessions. Bless her heart; she couldn’t for the life of her remember how many scones she had baked. But, despite the chemo, she knew she was not going crazy. So, between us, we came up with a plan to solve the case of the ‘missing scones’.

It was the following Saturday. Dad was at work, mum was in the kitchen making a fresh batch of scones, while I was hiding behind the door of the spare room that opened out to the kitchen. Mum opened the oven and placed the two trays of freshly baked scones on the table cloth, making sure to cover them with fresh tea towels before glancing my way, and with a knowing wink, retired to the living room.

I didn’t have long to wait before the ‘scone thief’ emerged. Blackie looked left, looked right and looked behind him to where mum sat in her favourite chair, seemingly concentrating on her knitting. The thief furtively padded forward and sat under the kitchen table. I stifled a laugh as I watched the scene unfold. Mum was doing the same thing from her chair; neither of us wanting to alert him.

As he stealthily stretched his head up, I saw his quivering black wet nose appear above the table top. His nostrils flared as he sucked in the fragrant odour of those freshly baked jam filled scones. Inevitably, temptation overcame him. Carefully, oh so carefully, our thief pulled the table cloth towards him until the tray containing the first batch of scones was within grabbing distance. Then with a deftness worthy of the best magician, he carefully pushed his nose beneath the tea towel and delicately grabbed the first scone he could between his teeth before rapidly disappearing down the hallway to hide beneath my bed to eat his prize.

Mum and I gave him two minutes before we followed him. I knelt down on one side of the bed with mum occupying the other side. Our thief was trapped.

The look on his young face when confronted by us was priceless. It was a look that said – “What, me?”

Needless to say, neither mum nor I said a word to my father, and as for Blackie? Well from that day onward there were no more missing scones. My best friend had been found out and knew he had got off lightly. If my father had found out, poor Blackie would have been consigned to his kennel outside in the cold, instead of under the eiderdown wrapped around my feet; snoring his head off and making my life hell with his flatulence.

I Am Now Bullet Proof

Carnivores of the World Unite!

Suffering for your art