Hunger is not a bed-fellow you want to write love letters to or heavens forbid pray for, so he knew he had to do something. He had gone for the necessary bath, and that is one thing he didn’t want to remember either.

His skin still hung indifferently on his bones, but his cheeks were beginning to fill out. He took a critical look at his rump and wondered when the eczema would fade off. He wondered if she had noticed the ugly patches when she had washed him and his face burned remembering with some shame that he had involuntarily been aroused.

For goodness sake, she was the frigging priestess. He wanted to know if she felt anything or was disgusted by his skeletal frame. His mother had given him one keen look and said nothing. He was not going to tell her anything. But what would he tell her if she had asked? I had a bath, and yes mother I was aroused by the frigging priestess, and yes she acted like she didn’t know if I was human. He sighed and pulled on his shirt. 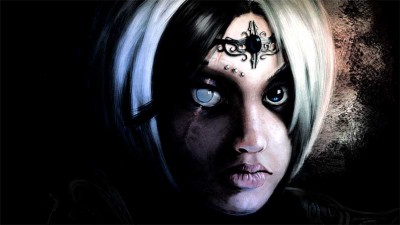 His new job was very tiring. He had to check on his junior staff who tended to take his instructions with a nonchalance that irritated him. He walked to the factory floor and met Modupe his secretary, who considered him with amusement.

“The machines are down this morning, and the computer boys don’t seem to know what the problem is with the image transfer computer” she carried a flip chart close to her voluptuous breasts. He dragged his eyes away from those breasts, frowned as he concentrated on the problem.

“Where is Francis?” he asked looking around for the fellow.

Modupe shrugged and pointed in the general direction of the computer room and stated mildly that she was sure Francis would be somewhere in the inner room, moved close and thrust her flimsily covered breasts at him, she was chewing gum as usual.

Bode frowned at the breasts turned on his heel and headed back to his voice. He felt the sweat trickle down his anus and made for the toilet next to his office alarmed.

His picture of the priestess came again and he sighed in some despair, gradually wondering if she had placed a spell on him. He entered his office and opened a drawer taking a generous swig of brandy to calm his jumping nerves. Modupe stood by the door watching him.

“Now what”? He snarled at her

“You are in some temper this morning so what is the problem”? Modupe complained.

Bode imagined himself burying his head in those breasts and mumbling the truth and then swore violently asking his secretary to get the hell out of his office that instant.

He sat at his desk and held his head in his hands, rocking himself in some unnamed and unrecognized pain.

The office was silent, and his thoughts were loud in his heart. He did not even dream, so when had the fascination with the body of the priestess taken over his thoughts he asked himself.

Last market day, he had visited his mother and watched the pleasure in her eyes when he gave her money and announced with pride that he would ensure she could expect that on a monthly basis.

He was happy until she gently asked him if he was going to be thinking of settling down now. He told her he would do that when the time was right. The anxious look his mother wore came into her eyes and he knew in that instant, the secret she had been hiding. Man, she thinks I can’t get it up. She thinks maybe that is why I have avoided girls and not mentioned a coming bride and shown interest in any of the village girls. He was horrified. He looked at his mother and their eyes met, and Bode saw the fear, the anxiety and he was chagrined. They stared at the each other the knowledge like a naked bride stood silent between them untouched. Bode swallowed, muttered a goodbye and hurried away.

Two days later, the picture of the priestess when she washed him flashed into his mind, he had been aroused and had stayed that way ever since.

There was a knock on his door, and he growled a permission for the person to enter. Seconds later he was gasping in shock, desperately trying to draw in breath to a constricted throat, because in resplendent white with white gloves stood the priestess.

She smiled and walked further into the office.

He stared at her as he tried to swallow his salty saliva. Had he conjured her up he asked himself?

She smiled and stretched out her hand for a handshake, and he shuddered. His voice was flat when he spoke

Practicing spells in the open now are you?

The priestess laughed, and he was shocked to find the sound pleasing. His palms were sweaty. He cursed inwardly. I didn’t go to school, make the grade, and be jobless for eight years so that I can find a darned priestess attractive did I? Who was playing a trick on him he wanted to know. He forced himself to listen

Bode stared in disbelief; you are a doctor for real?

I am a traditionalist by religion, but a doctor by profession, what seems to be the problem?

He was still staring in shock wondering if he was dreaming, but he watched her as she sat down, removed her gloves and presented him a letter which introduced him as Dr. Miss Oladunni.

He read the letter slowly, and his inner equilibrium returned, so he became businesslike. Hew asked her what she wanted to know. They shared notes on some of the staff. She asked to have an office where she could talk to the staff. Working hours, if the staff had time given to them to have small recreation like darts or play scrabble.

Bode went through the conversation with half his mind noting small things like the fact that she had good nails, had them polished and did not wear heavy perfume. He caught himself watching her curiously.

Minutes later the conversation was at an end, and he casually asked her if she would like to walk round the premises. He explained that he was the production manager and he had the responsibility to watch the printing machines, determine billboards and sometimes he had to supervise the copyists.

On their walk round the premises, the young male staff gave her admiring looks which she didn’t seem to notice, but had a small smile and a firm handshake for the ones she stopped by to say hello.

He returned to his office after a light lunch and was surprised that he was exhilarated. His secretary Modupe was not impressed and had a scowl on her face.

The next day she came to the office more skimpily clad that Bode called her into his office.

“Did you plan on coming to the office to work today”? He growled at her

Modupe smiled and went over to sit close to his desk crossing her legs. He saw more than he wanted and shoved her off his desk angry.

In a voice that had gone cold and steely he demanded that she should go home and come back when she was more appropriately dressed and ready to work.

Modupe gave him one long look and decided to be bold. “I don’t think I have a set of clothes different from what I am wearing. It does not affect my work”

Bode gave her a look and suddenly reached for his phone.

“Hello Mrs. Adedeji, could you find me a replacement secretary for tomorrow morning? My present secretary is on suspension from this morning. In the meantime, please ask the security to remove her from my office right now, I will be in the accounts office while that is effected. Thanks”.

Modupe stared at him in shock, but he simply walked past her, out of the office.

Alan Place May 10, 2012 2
Writing Associations I don't mean groups, but how we hear a story or a name and link them. I was watching…
Writing