Suffering for your art

The popular image of the starving artist in the nineteenth century may have faded nowadays into myth, but many who strive to create still exist in the twenty-first century equivalent of the cold and draughty garret. While many struggling writers today hold down a day job to feed themselves and their families, there are a number like me who do not.

I can only speak for myself here, but when I finally plucked up the courage to admit that all I really wanted to do with the rest of my life was to write, any thoughts of holding down a job of any kind went out of the window.

In short, I became just another statistic when I joined the ranks of the unemployed. Besides, after forty years of toiling for a wage I was a washed out wreck of a man in my mid-fifties, a few years before the age of terminal unemployment for me fell from sixty-five to my fifties. Today it is much lower for others, due to companies restructuring and the inevitable redundancies. My previous relatively comfortable lifestyle came to a sudden and abrupt halt. Trying to give my all to my employer while that story swirled around in my head, for me, was an impossible task. 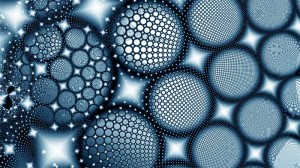 Do I regret my conscious decision to leave the world of manual work which ninety-nine percent of the population have to endure to live? No. How else could I give my emerging manuscript the attention it demanded? Without giving it a minimum of one hundred percent on my part, that first novel length manuscript would never have been written.

Yes, I’m living on the breadline. Yes, I miss the comforts I once took for granted. Yes, I have bouts of depression, crippling in the extreme. Yes, I worry myself sick over each and every piece of work that I produce. Yes I smoke too much. Yes, I eat too little. Yes, my health is suffering. And yes, sometimes I wish my life was different. But, would I trade my current lifestyle – coldly austere as it now undoubtedly is? No – not for one minute! When my mind is filled with a story, everything else becomes secondary and therefore of no importance. In short, I’m a bloke of the old school, incapable of doing two things at once.

Since I took that conscious decision back in the last year of the previous century, life has been doubly hard, of that there is no doubt.

But, in the last thirteen years, my reintroduction to the written form of my language has been a wonderfully fulfilling thing for me. If I died tomorrow, at least I’d know that I had done something truly worthwhile with my life. Whether others would agree with me will have to wait until I expire. After all, when those starving nineteenth century artists were alive, no one gave a damn about them. But once they were dead, the product of all their angst suddenly became hot property worth a lot of money.