Some New Immigrants to Boston

“911, what is your emergency?” the female police dispatcher, Mary McManus, said through a smoky Boston voice, mixed with years of whiskey and cigarettes. She thought she had heard it all.

The blizzards of 2014-15, changed all that. The calls were stretching resources. Mary’s patience was tested by a call coming in from Columbia Road, in her home neighborhood of South Boston.

An educated female voice said, “I was just threatened by a harpoon, poking out of a snowdrift.” The voice had no trace of fear, more incredulous. It was the only thing when Mary first took the call that made her feel she should believe her. Years of being a 911 operator still kept some cynical attitudes there. 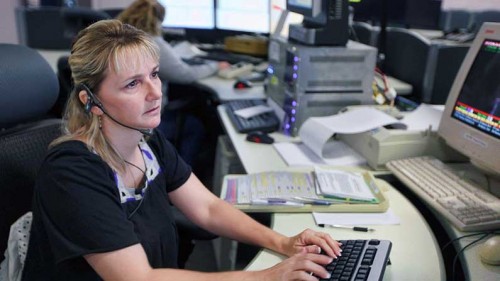 “Ma’am, are you all right, have you been drinking?” Mary wanted to add, you’ve read Moby Dick one time too many, and that happened in New Bedford, not Boston.

“I have had cocktails, but I am not drunk,” the voice said evenly. She continued: “I am as incredulous as you are. I was seeing my friend off outside, and I happened to look at the giant snowdrift in front of my house. I saw something shiny, looked carefully and realized it was a harpoon.”

Mary wondered in the back of her mind, if people were also being driven mad, because of cabin fever with all the storms. It was already so bad; a new measurement form was created. The Gronk, named after New England Patriots Tight End Rob Gronkowski. He is six foot six, and people would call in saying, the snowdrift was a Gronk and a half high.

Mary’s years of experience and instinct told her something about the caller was believable.

One car went to check the scene out. Veteran officer Laurie Callaghan answered the call and met the caller in front of the snow bank. Laurie didn’t know what to expect, but when she met the blonde haired well-dressed caller, as with Mary, she believed her. She especially believed her, when she saw the shiny object in the snow bank, which was definitely over a gronk in height.

She felt the object carefully and realized it was razor sharp. She went to her car and immediately called for backup.

Two more cars arrived.  The police brought out shovels and started digging around the harpoon, which was now being wielded in a threatening manner.

The shovels were exchanged for guns. “Come out, now!”

The street was now getting crowded with onlookers. More cars had to come to keep people back. The snowdrift became less than a gronk, and bodies wrapped in fur ranging from small children to middle aged fell out.

One oriental man with a wrinkled face stood and looked at the assembled whites on the sidewalk. “You wrecked out igloo, why?”

Suddenly bodies were coming out of other snowdrifts. Only when you looked carefully did you realize the snowdrifts had been made into multi-story igloos.

The police didn’t know what they were dealing with.  The people stumbling out of igloos, like drunks from a Broadway bar, were not drunk and spoke English with Canadian accents.

Officer Callaghan got her voice. “Who are you?”

Officer Callaghan screwed her face up in confusion.

He continued. “You call us Eskimos, but we don’t like that. We call ourselves Inuit and want you to call us that.”

By now, all sorts of police were coming in riot gear. The governor had been called and dispatched National Guard units. Martial Law was declared.

Bostonians grumbled even more. The MBTA was closed completely, so no transit service, complete State of Emergency. It was like hunting for the 2013 Marathon Bomber with snowdrifts.

All over the region, Inuit came out of gronk plus high snowdrifts. All people could think of, was how many Inuit are there?

They had kayaks out in Boston Harbor and finding no seals to harpoon, were harpooning any fish they could.

Conflict was occurring with Inuit, because what happens to snowdrifts in Northeastern U.S. cities? Kids try and play on them, but sometimes dogs do their

business on them. No one in Boston thinks of snowdrifts as homes. Tragically, cardboard boxes maybe, but snowdrifts?

Homeland Security was involved, but did not have any way to hold them.

All Canadian and U.S. officials could ask was, how did all those Inuit kayak from the Arctic without being seen?

The cops kept a wary eye on all this.  As the days went on kids started campaigns to “Save the Eskimos.” The adults wondered if the snow would be cleared in time to hear Play Ball! And for the Boston Marathon.

The clock is ticking…

How to Create Spontaneous Images

Stalkers Are No Joke!