“So how did it all start?” Might be a good question if we all do that you know, check for why we are here on earth, in terra firma, and see if we had a beginning. The classic argument about what came first, the egg or the chicken.

We all have a story to tell and I want to tell you about a lot of things. I have wondered if I should just start from the middle of the story but how do I make you understand who I am really? From the mists of confusion and the several bandages that cloud the inner understanding of our journeys into matter? 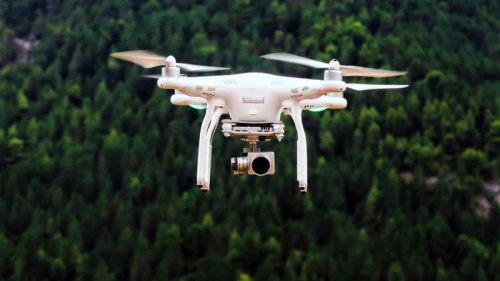 Let us start with my earthly mother, for I knew her before I was born in climes of golden rain and blue sunsets, where the water spoke to you of the journeys it had made from the green-sided mountains when silence and the winds were songs that caressed her heart.

But then my present earthly mother swayed to a different music and came through bands of light so bright into this realm that we still wonder and are mystified at the speed with which she forgot why she came. We called her Jasmine but she needed lessons and so traveled down to earth and she got the name Fehintola, which in their language will mean she leans on honor.

Mother knew she was a victim of repeated stillbirths and in the tradition of her culture was told that a child from the spirit world was the cause of her troubles. She had watched her husband Ayo, stayed silent and hurt as his attention wandered away as he picked another bride for himself for it was taboo to have an infertile man in his family and he really could not wait any longer. So maybe I should allow her to tell you more or I could continue to speak of how the threads swayed as I watched. Why did we choose her to be my earthly mother?
The bridge held as I passed through.

I left my home again, my home of extra ordinary beauty, of streams that gurgle with musical notes and forests that are wrapped in the glory of the color of service, the whispering winds, and laughing sun, from valleys of shimmering lakes I am led into swirling bands of light as I pick cloaks of my choosing falling further and further down, like a white cloud of softest hue escorted by friends, we serve together the Rose and I start a mission again into matter to learn and serve and hopefully point the way home. I leave my friends at the bridge but take the thoughts of their help and guide with me across into matter as I become human again.

Welcome to my story Numen Yeye coming out soon. In my culture, there are categories of human beings. The normal garden variety of people like you or me, then there are the species called ‘abiku’ which mean those who are locked into the repeated circle of birth and death. Our first African Nobel Laureate for literature Prof. Wole Soyinka had once written a poem (“ABIKU”) about this species of human beings, the poem became a class text in educational institutions. A species of human beings who, it is believed to have very little sympathy for the human beings they torment.

Apart from this, is a silently dreaded and strange species known loosely as ‘emere’. This class of human beings (for want of a better word) do not bother with the stress of repeated childbirths but are suspected to be almost extraterrestrial, have ability to live consciously both in the spirit world as well as on terra firma, fulfilling to the very letter their predetermined mission to bring wealth, misery, or pain according to their own choosing and time table. This class of humans is dreaded in my culture and very rarely spoken about except as a form of appeal that they might change their ways. I was intrigued by this concept in my culture and kept asking the question that since we have come far enough in our knowledge of creation, why do we not consider the issue from the viewpoint of the ‘emere’. What if the ‘emere’ was not evil, and just an average Jane with a longing to be helpful in the cause of the human spirit? Numen Yeye thus is an African fantasy and an invitation to see things from the viewpoint of an ‘emere’ who may or may not really be one to be dreaded.

Numen Yeye is my peep into a world that I can imagine and suggest we hesitate to condemn. To the Western world, it is my invitation too, that maybe if you gave us the benefit, we may show you a few things that may have been wrongly labeled as barbaric, savage and native. At one time or the other, the world or portions of the world have filled that description.