The experts are out in force today solving the Euro’s problem.  It’s easy, just bankrupt all the Banks in Europe!

But all the Banks in this mess are tied into sovereign debt to such a huge degree, that to save a relatively small economy like Greece the Politicians are prepared to kill off the financial sector in the European Economy.  ‘How  stupid is that? ignore Greece, let it sink or swim. They are not interested in  economic reality, they do not pay their taxes, avoidance is the name of the game. 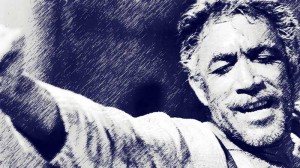 Now is the time to help those countries who are working hard to repair the damage caused by too much expenditure.  Ireland and Portugal are doing some useful cuts in personal income and also Government  spending.  These are the countries who should be given extra help, get them off the sick list,  instead of wasting time and money trying to prop up a society that does not want to be fixed.

Look at what happened in Britain and the USA.  They saved the Banks and destroyed Government finances, by chasing a situation that should have been allowed to find its own correct level.  Those parts that were not financially viable should have gone to the wall, and so it is with Greece.  The country is bankrupt and should be allowed fail and then, to arrange a financial restructuring outside of the Euro zone.