Search Engine Optimized: sounds heavy.  This is a lot like when ‘teacher’ is called an interpersonal oral doctrinal transmitter.  It is the truth.

OK, SEO has been a ‘buzz word’ for so long that it is no longer a secret being marketed by websites that may be the Internet’s answer to ‘pyramid marketing’ where they sell you on selling what they sold you, and tell you that if you do it 10 times over you’ll make money. 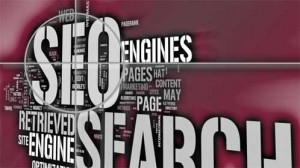 SEO in truth, is one key factor for those learning to market in this medium.  It can be scary or may just have a similar effect to the smell of dead fish…Others take to it automatically and like it.  Well, kudos to folks like that.  I’m not one of them.  In my own case, I am sort of submitting to the reality that SEO matters.

The way I first learned SEO made any difference was when I was hired to write using SEO keywords.  I was accepting as I was grateful to be paid for work but also a little upset because in writing repetitiveness is disparaged in many areas but urged in other parts of the same industry, which can be confusing.

Right now, my feeling about it is still more like using the cutting edge of a new foreign language in the sense that it does not feel natural and it gives me the creeps but at the same time there is something about it that gives me the feeling that if I just get used to it, then it won’t bother me anymore.

This is coming from a woman who, when she sees people reading on the train, thinks: I’m the kind of person to supply them with that – something to read.