Charmaine fell in love at an early age. She was seventeen.  She fell in love with a jock name Fredrick. He was a football player and all the girls loved Fredrick. And when Charmaine wasn’t looking he loved them too.

Frederick graduated from her high school two years before she did. His father had been in the Marines, so naturally, to him, it was the only way to go. 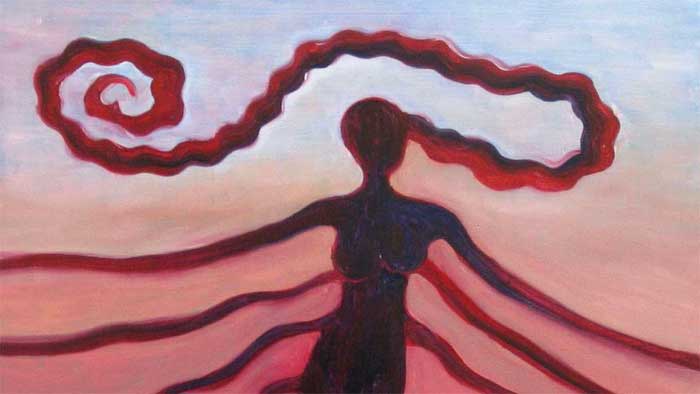 By the time, Charmaine graduated from high school Fred was living in Atlanta. He still professed his love to her in daily emails and late night phone calls. Her friends warned her of long-distance love affair without commitments. But, who can really warn a stolen heart?

Charmaine went to see Frederick once a month. And he would tell her all the things she wanted to hear. Her heartbeat was no longer her own. And he literally took her breath away. She could feel him deep in her heart and once a month he would enter her. After one year of fantasy love and fantastic vacations, Charmaine finally went to college. The trips were cut short but her love grew even stronger.

Just before Frederick was shipped off overseas they had one last rendezvous.

And that was all it took.

By the time Frederick wrote Charmaine from overseas, she was six months into her pregnancy. She had written him back and told him of their love child. But her letters kept coming back.

All they said was return to sender……..

So she did the only thing she knew to do. She became a single parent. The first two years were hard. But Charmaine stayed in college and when Raymond was six she finally made it to Medical school. Charmaine and her son Raymond both had a passion for learning. Charmaine had a secret passion. It was Fredrick. Over the years she had learned a little more about him. She was not the only one with returned mail.

There was a standing joke in the neighborhood. It was one of those private jokes. It was between Fred and the mailman. Whenever Fred would get papers from child support from any of his assorted baby mammas he had left behind. He would simply tell the mailman

On the other side of town, Charmaine was busy being a single parent. Fred was just busy being single. Not a parent.

Frederick’s son Raymond whom he had never met was a forensic dentist.

On the day Raymond walked into the county morgue where his mother worked, with the identity of a corpse that had been mangled in a drunk driver accident neither one of them cried.

Charmaine and her son simply took the now identified remains to the crematory. As she spread Fredrick’s ashes over the dirt in the garden she simply said