All my life I have been a fan of all things science fiction. It started when I was twelve, and my father caught me thumbing through his collection of Arthur C. Clark’s novels.

Ever since reading Clark’s first sci-fi novel Against the Fall of Light, I’ve been completely hooked.

Since then I have avidly read, listened to and watched everything under the science fiction banner. Do you remember the timeless cinematic collaboration between Stanley Kubrik and Clark –  2001 A Space Odyssey? 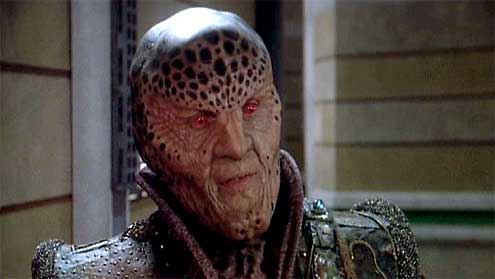 We have all experienced at one time or another through endless repeats on television, the utterly terrible B-grade sci-fi movies of the nineteen fifties like the original version of The War of the Worlds

by H.G Wells would have been horrified by what Hollywood did to his story.

Later television took over. The first series of the camp, but never the less highly watchable Star Trek, immediately springs to mind.

While it literally went where others feared to tread at the time, no sci-fi aficionado could ever take it seriously, any more than they could when the first series of Dr. Who was screened in the UK in 1966, starring William Hartnell.

Since those early days, many sci-fi books have appeared. The same can be said for sci-fi movies and innumerable chronically nauseating, made-to-budget, instantly forgettable television series like Firefly (2002), or Stargate SG1, starring none other than Richard Dean Anderson, aka MacGyver.

Then in the United States on January 26, 1994, sanity finally reigned when the best space opera ever to grace our television screens premiered, running for five seasons. I’m talking about Babylon 5. No sci-fi series before or since comes remotely close in regard to quality, storylines, and memorable characters.

Initially, G’kar appeared as a villainous diplomat constantly engaged in insidious, if petty schemes driven by his hostility towards his people’s historical enemies, the Centauri. But in the course of the five series, he mellowed to become a messianic figure and the foremost spiritual leader of his people, the Narn.

Because of the way he looked, some people will always equate him with their vision of the devil. There was no middle ground with him; you either loved or hated G’kar. Katsulas made the character his own. He imbued him with so many endearing as well as sinister qualities.

While most of the other characters have long since faded from my memory, Katsulas’ portrayal of the formidable Narn will always remain in my mind.